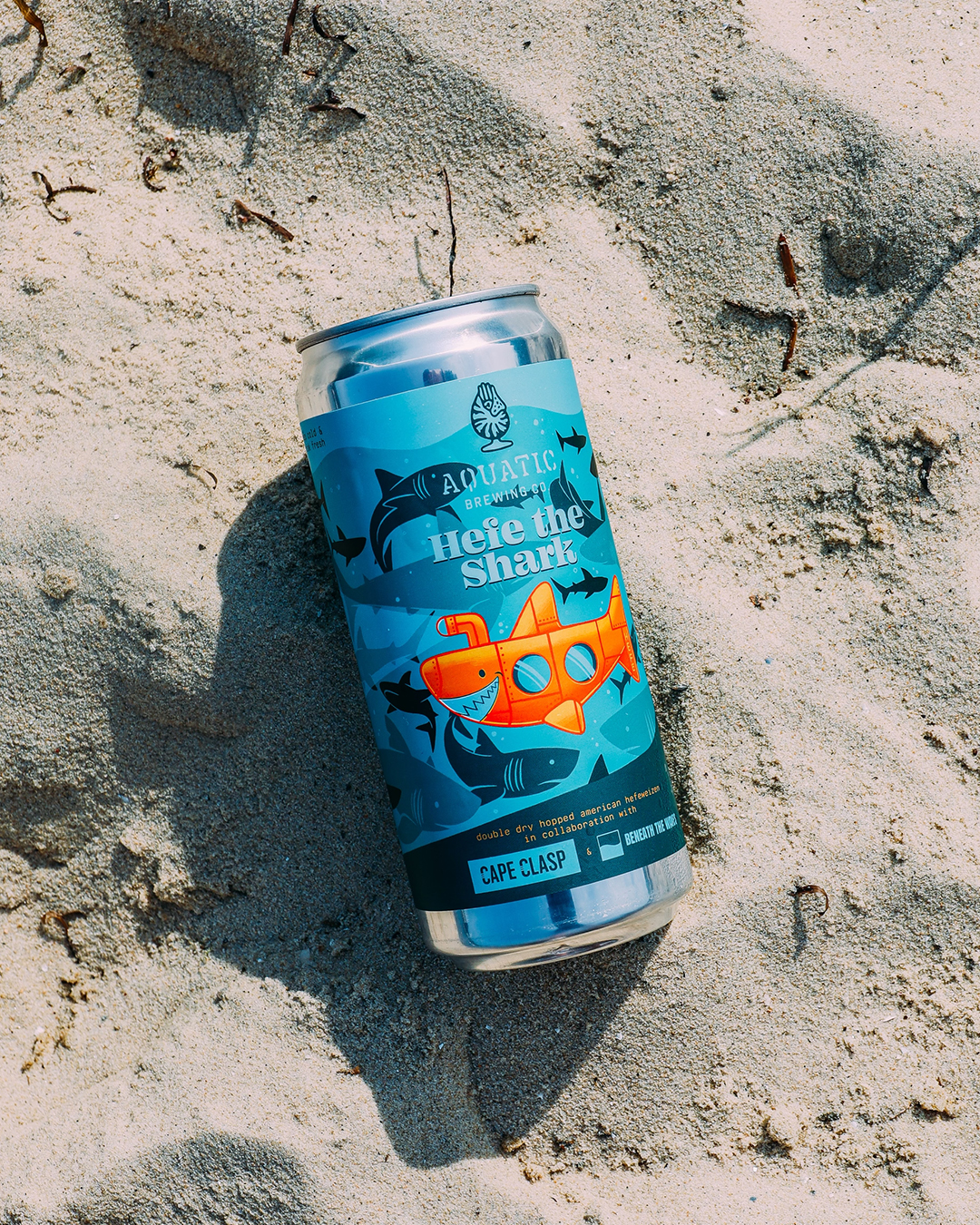 One of the best parts of working with so many amazing non-profits and small businesses is when an opportunity arises to collaborate with them on a project.

We were approached by Dr. Austin Gallagher of Beneath the Waves, an ocean non-profit research institute doing research throughout the North Atlantic and Caribbean, in hopes that we could help him in his dream of making a BTW shark themed beer. Dr. Gallagher, along with his team, are featured every year on Discovery Channel’s Shark Week and he thought a beer created with the right partners would be a great way to help promote their message about shark conservation and protection. (Plus, there’s nothing better than sipping a beer you help create while watching your team on Shark Week!) 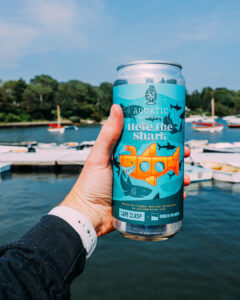 We were beyond excited to hear this idea because we too have been dying for a taste of a Cape Clasp inspired beer and we knew exactly who to call.

Dr. Greg Horning and Dr. Alex Bergan opened Aquatic Brewing in November of 2020 in downtown Falmouth, MA. Ph.D. Oceanographers turned brewers, they met while completing their degrees at Woods Hole Oceanographic Institution and have always had a passion for brewing beer. We had the pleasure of visiting their brewery multiple times since opening and had fallen in love with their various beers on tap. When we reached out they were instantly on board.

Together we developed Hefe the Shark, a Double Dry Hopped American Hefeweizen. Using twice the quantity of Ekuanot and Comet in the Dry Hop Charges as the Alem  Hefeweizen, and dialed in to an easy drinking 5.2% ABV, this beer is crushable yet far from boring. The use of Bavarian Weizen yeast provides an aroma and flavor rich in spice notes while the malt backbone of flaked wheat, German Pilsner malt, and American wheat malt adds up to a light straw-colored beer with a luscious foamy head.

The Cape Clasp team put their heads together to design the beer label, finalize the name, and develop a marketing strategy around the release. Knowing that we wanted it to be shark centric, we also wanted to focus on the discovery and exploration that occurs beneath the waves. In the end, we decided to personify our shark submarine graphic as “Hefe” based on the Hefeweizen style of beer.

By drinking this special edition Hefe the Shark beer, you are helping support ongoing shark research off of New England by the non-profit Beneath the Waves and Cape Clasp. The cold and productive waters off the New England coast boast a remarkable collection of sharks – ranging from white sharks, to the mako, the blue shark, and many more. Sharks are top predators in our oceans, keeping our waters clean and fisheries healthy year after year. But – sharks actually need our help. Many species are experiencing declines due to overfishing, but research is beginning to reveal how we can best protect them.

We hope you can get your hands on this limited edition beer this summer. Launching on July 11th for Shark Week, you can get it on draft or in crowlers to-go all season long at Aquatic Brewing Co. on Main Street in Falmouth. 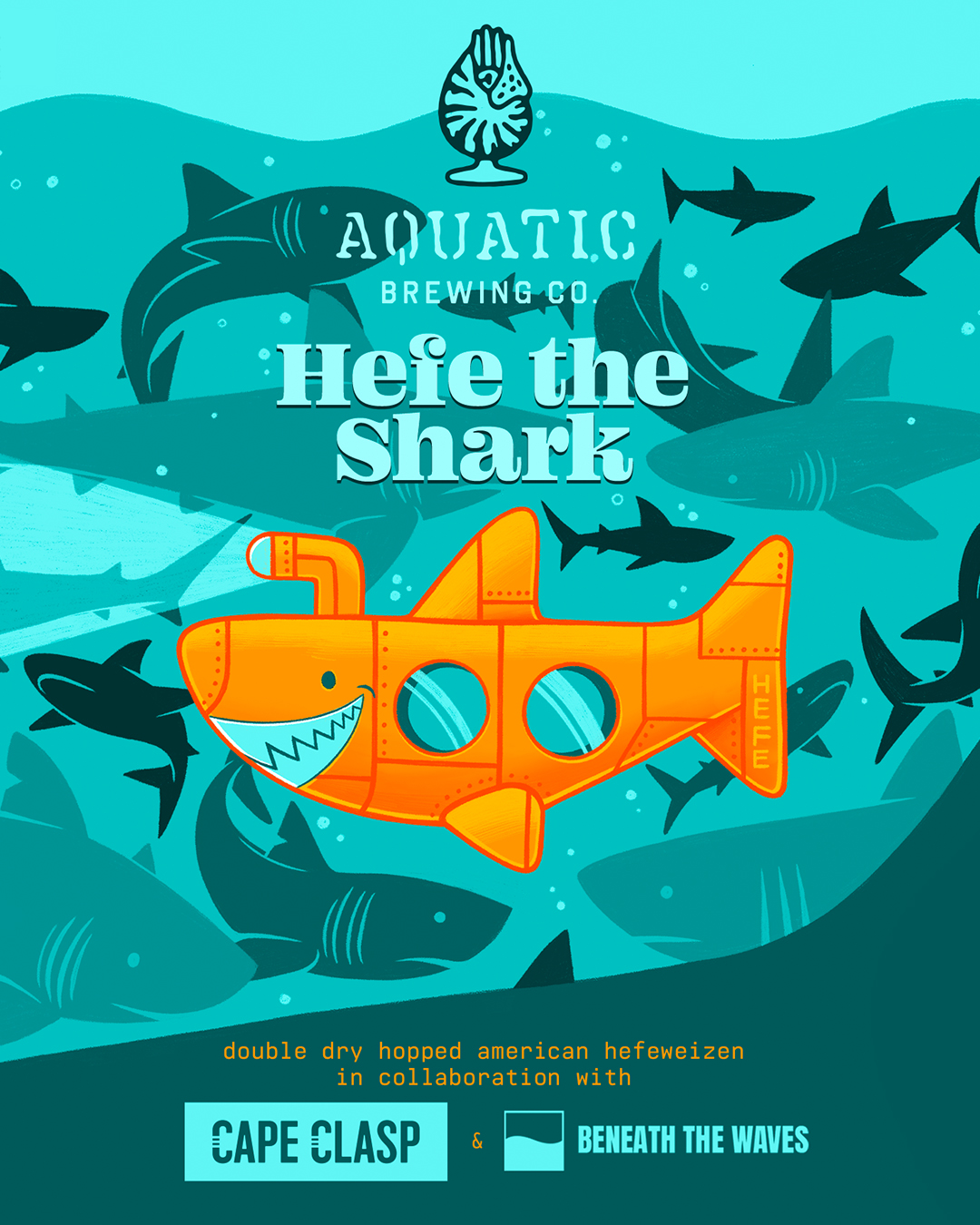 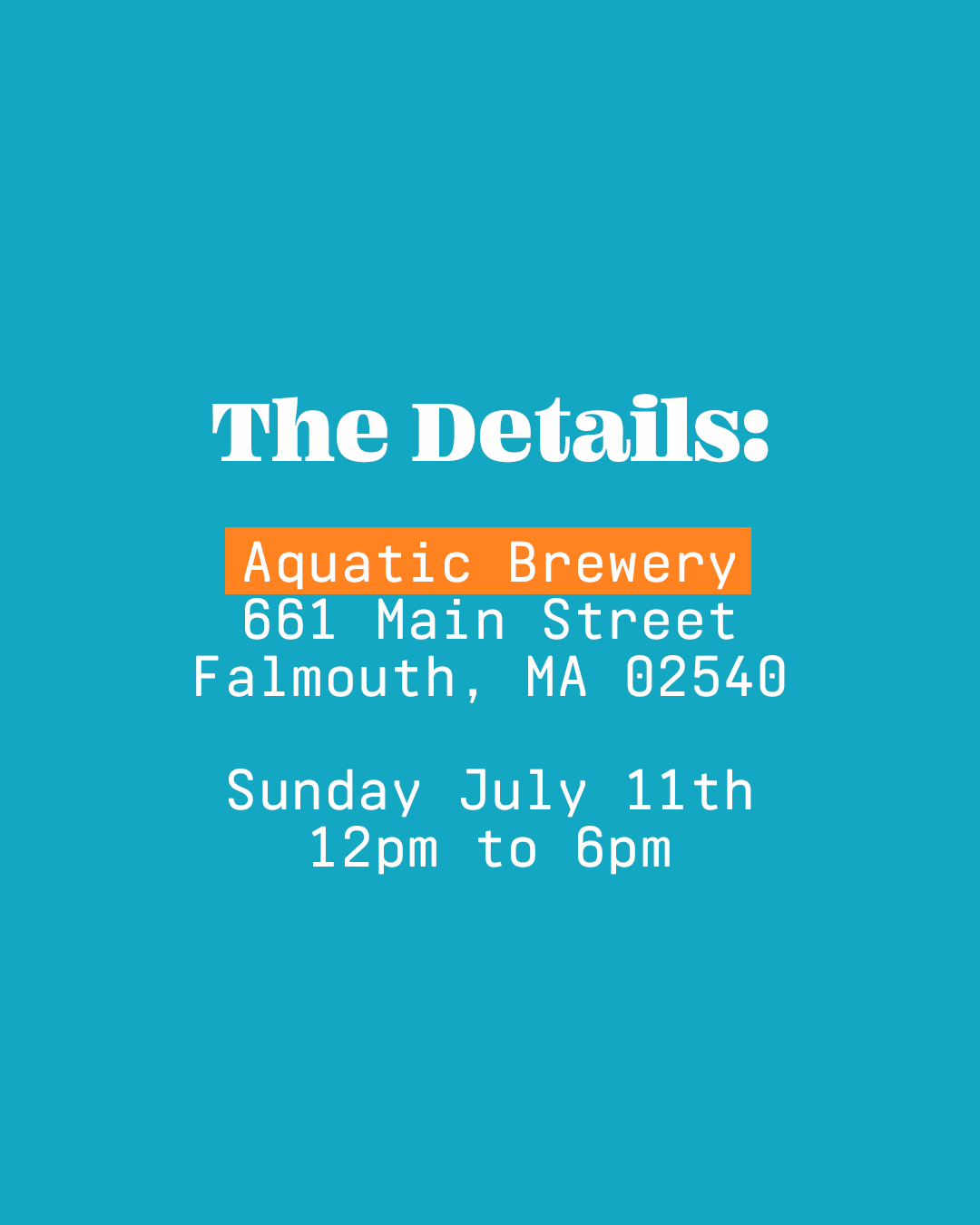