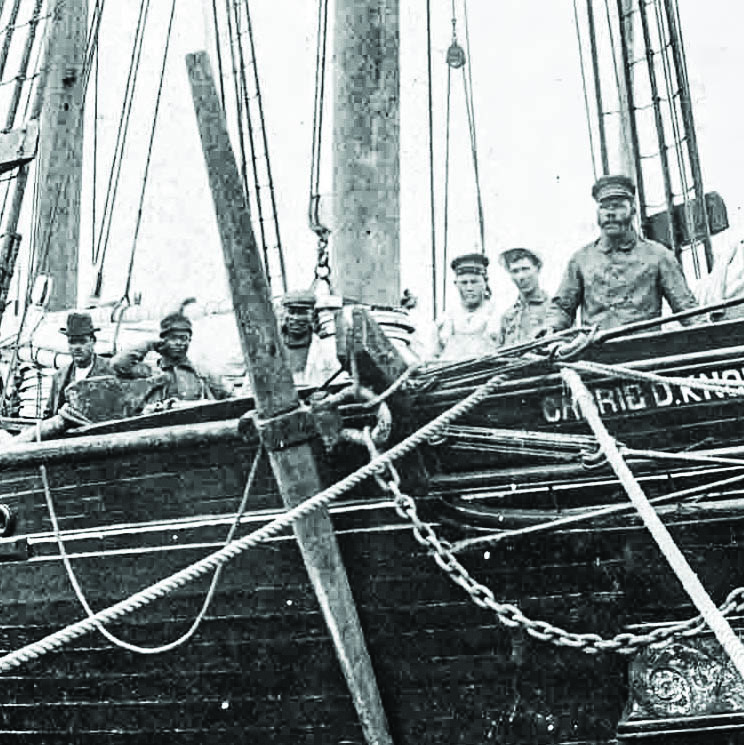 Two of the Region’s Whaling Captains of Color

Records accumulated by historians Alexander Starbuck (1878), Reginald B. Hegarty (1959), and Judith Lund (2010) show that 2,500 captains and 2,700 ships took 15,000 trips and included just over 50 men of color who became whale captains themselves. Many of these captains were appointed during the years of slavery in America, and several were connected to Cape Cod, Martha’s Vineyard, and Nantucket.

When Pilgrims first landed on Provincetown’s shores in 1620, they were immediately stunned by the whales that swam by. In Nathaniel Philbrick’s Mayflower, there’s a story of one anxious passenger, who in a hurried attempt to catch one, overfilled his musket with gunpowder. The ensuing explosion sent the mammal away unharmed as it glided back into the bay.

The Pilgrims’ landing on Cape Cod and eventual settling at Plymouth is a story well-told, but it was whaling that drew many to the southeastern coasts of Massachusetts. Herman Melville’s Moby Dick glossed over so much of the gruesomeness and difficulty of whaling. The earth’s largest creatures are believed to have language and familial relationships, but on the Cape, the hunting of these massive beings was a 250-year business enterprise that made Cape Cod, Nantucket, Martha’s Vineyard, and New Bedford some of the most important ports. For many of those years, the harvest of whale oil ranked among the nation’s largest industries. 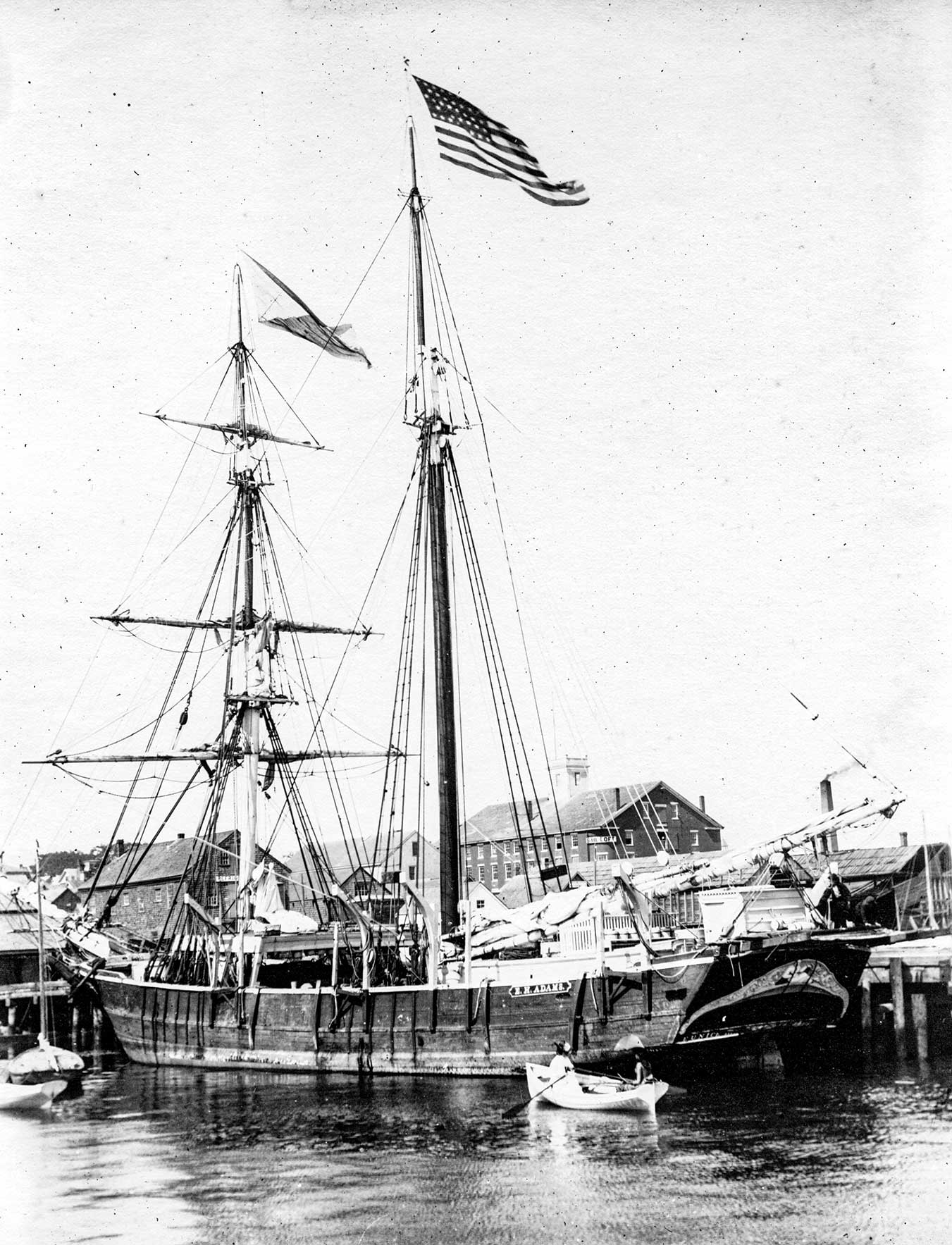 William A. Martin was born in Edgartown in 1827. He was the great grandson of a slave. Martin participated in at least 14 whaling expeditions—four of which he captained, including his last in October 1887 when the Eunice H. Adams was damaged in a storm after leaving the Vineyard. The concise and legible ship’s log describes “strong winds,” “heavy and continuous gales,” accidents, such as men falling on deck and sometimes overboard, and illnesses, including diarrhea and mumps. One could consider this journey a bad luck voyage: The storm’s damage caused severe leakage, few whales were raised, and crewmen attempted desertion. In February 1890, Martin took sick and was replaced as captain. Nonetheless, history continues to unfold. A. Bowdoin Van Riper, the librarian of the Martha’s Vineyard Museum, recently discovered a number of letters written by Martin to shipowner Samuel Osborne, so we will soon know more about Martin’s final voyage.

Martin had married Sarah G. Brown in 1857, and the two celebrated fifty years of marriage two months before his death in September 1907. Their house still stands on Chappaquiddick across the harbor from the gleaming captains’ homes in Edgartown. Captain Martin and Sarah are buried nearby.

Vineyard Time is a gallery that specializes in scrimshawed watches. Each is meticulously engraved by the hand of an artist on Martha’s Vineyard. One artist inside the gallery is Darrel Morris, who after five years of formal study and a lifetime of drawing, has decided that scrimshaw is his favorite medium. Morris’s extensive body of work has been strongly influenced by the sea, and he has crafted several pieces featuring whaling captains of color. His newest work includes a creative depiction of Captain William A. Martin of Edgartown. He also engraved Captain Joseph Belain of Gay Head into an antique sperm whale tooth from a tintype image at the Martha’s Vineyard Museum.

It would have been deliciously ironic if Martin had known Captain Collins A. Stevenson who led sixteen whale trips out of Provincetown. But, we may never know if their paths crossed. Born in St. Vincent in the West Indies in 1847, Stevenson immigrated to the United States in 1865. His first trip as captain of the Rising Sun began in 1889 during Martin’s last voyage. Stevenson’s last trip as captain of the Carrie D. Knowles began January 27, 1904. One month later, newspapers reported that the Carrie D. Knowles was lost with all 12 hands. Then, in May of 1909, an American seaman, who had escaped a Venezuelan prison, claimed that Collins Stevenson and his crew were being held prisoner there. Of course, the news created quite a bit of excitement. Collins’s wife, Hannah, had been making plans to remarry and canceled her wedding when the story broke. Unfortunately, the story was discredited. Hannah Collins never remarried.

Over their careers as whaling captains, Martin and Stevenson returned to port with holds of oil. The value of their cargo has been estimated to be close to four million dollars today. Both of these captains had an opportunity unavailable to most black men in those years. The danger and difficulty of the business, where as many as 90 percent of workers went on only one trip, produced the opportunity for men of color to become captains because on a whaleship the ability to kill whales and get the crew home safely outweighed race. 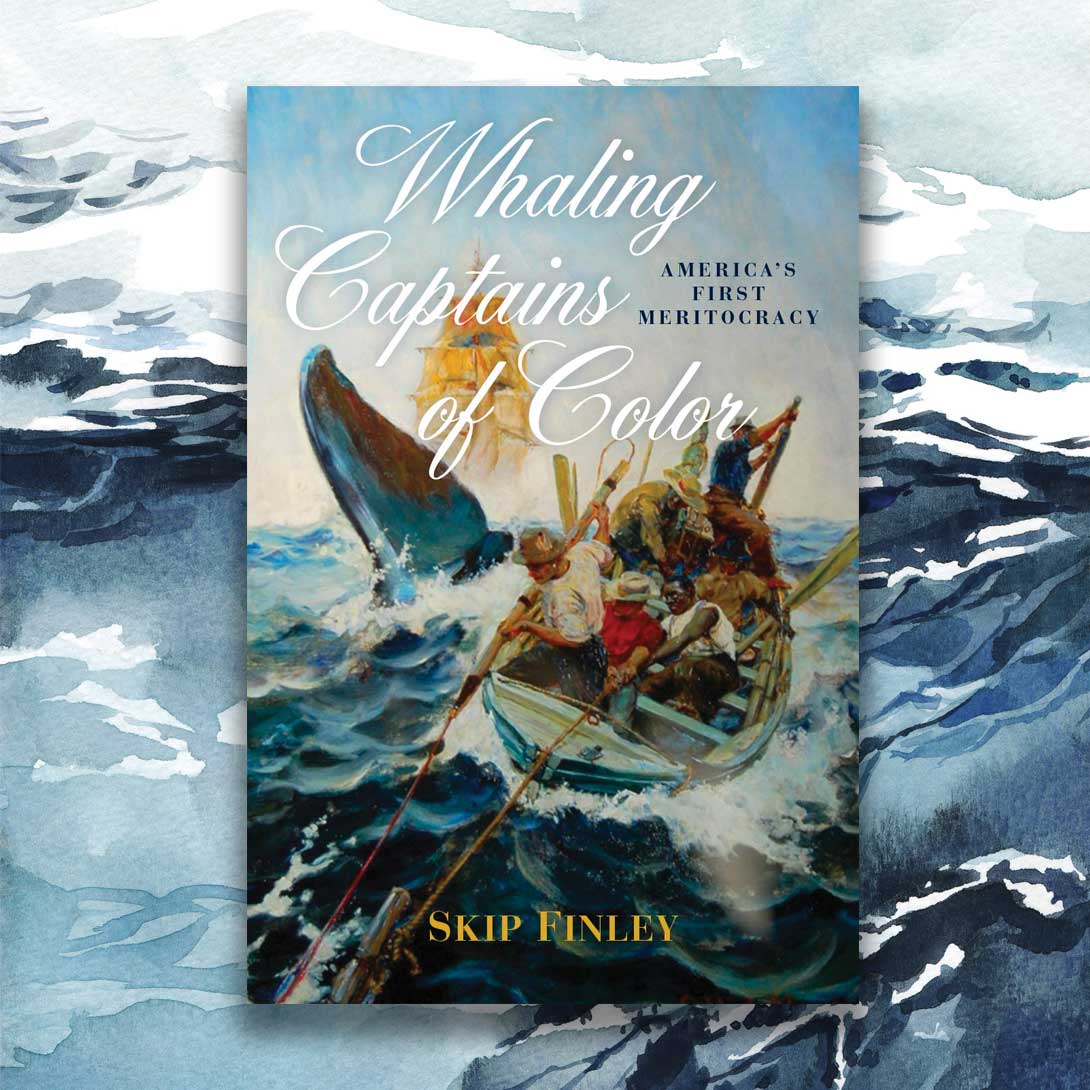 Skip Finley, the Oak Bluffs town columnist for the Vineyard Gazette from 2012 to 2017 and a Vineyarder since 1955, is a retired radio broadcasting executive whose book, Whaling Captains of Color – America’s First Meritocracy, was published by the Naval Institute Press on June 15, 2020.