A Labor of Love at Truro Vineyards

Truro Vineyards on raising their family and growing their business.

With miles of pristine ocean coastline, idyllic village centers and fresh-off-the-boat seafood, it’s no secret why the Cape’s outermost towns attract thousands of tourists each summer. As the seasons change and the crowds depart, life goes on at a slower pace.

Year-round residents are the fibers that bind these seaside communities together. Some Outer Cape families have deep roots that go back for generations. Others are washashores who made a conscious decision to move here, trading suburban convenience for a tight-knit community where everyone knows your name. 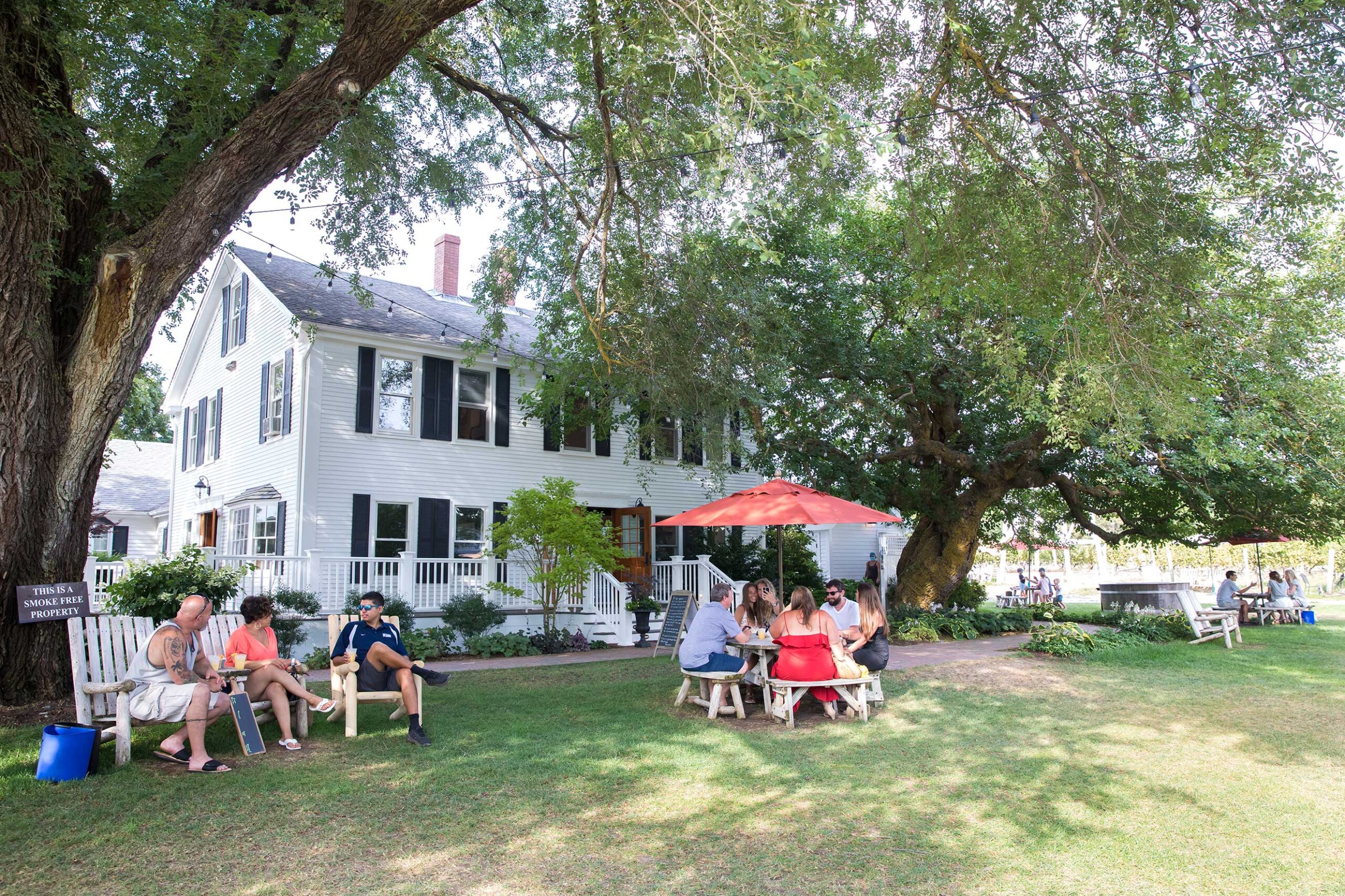 David Roberts Sr. was riding his bicycle down Shore Road in Truro one morning in 2007 when he stopped to say hello to the owner of Truro Vineyards and learned of their intention to sell the business. Newly retired from a 40-year career in the fine wine and spirits industry, the former CEO of United Liquors knew it was an opportunity he couldn’t pass up.

Roberts had been vacationing in Truro for close to 50 years. He envisioned the winery as a practical next step in his career, and more importantly, he saw it as a chance to bring his children together as part of a family-run business. Roberts proposed the idea to his wife and children, who at that time were spread out across the country.

“It may have been my idea, but I made it clear to my kids that this was going to be their deal,” says Roberts, who now lives a mile away from the vineyard. His youngest daughter, Kristen Roberts, and son, David Roberts Jr., both signed on to be part owners of Truro Vineyards and made the move to the Outer Cape to begin making their dream a reality.

Kristen serves as CFO, runs the front-of-the-house, and manages wine tastings and special events, while her brother, David Jr., oversees winemaking and production. He works closely with head vintner Milan Vujnic to craft a variety of artisan wines. Thanks to his background as a beer brewer, David Jr. also helped to expand the family business by launching South Hollow Spirits, a new onsite distillery, in 2012. 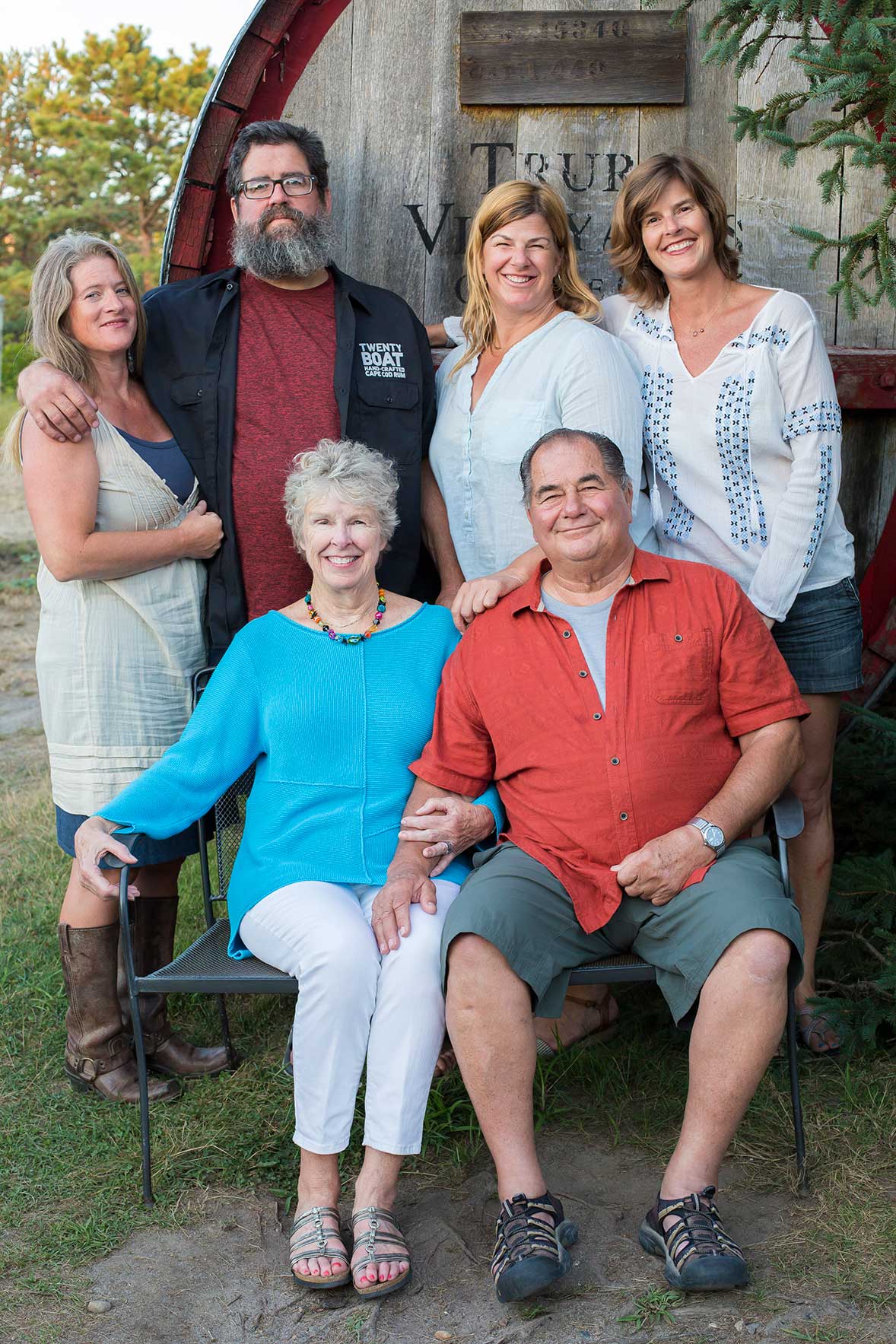 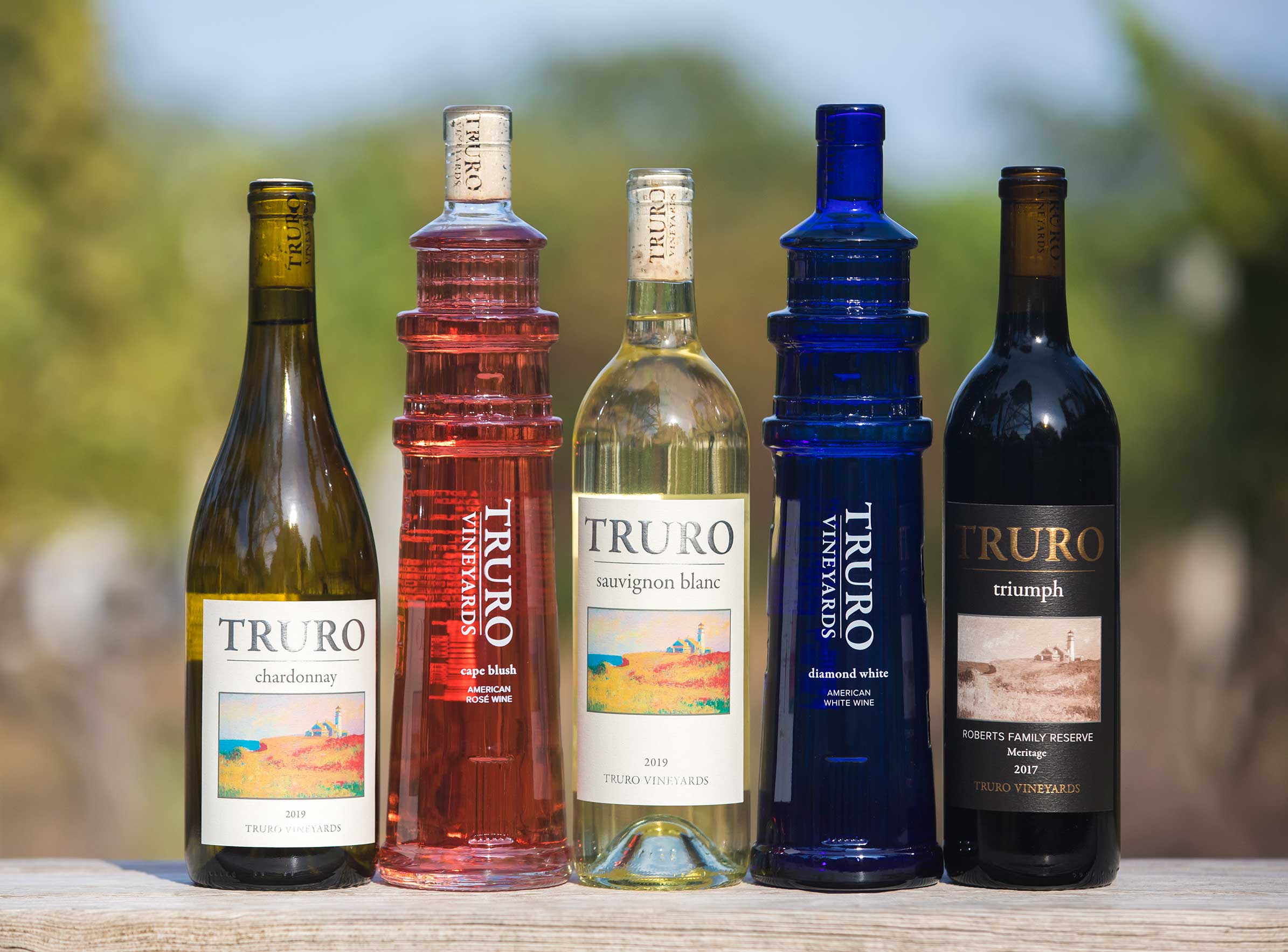 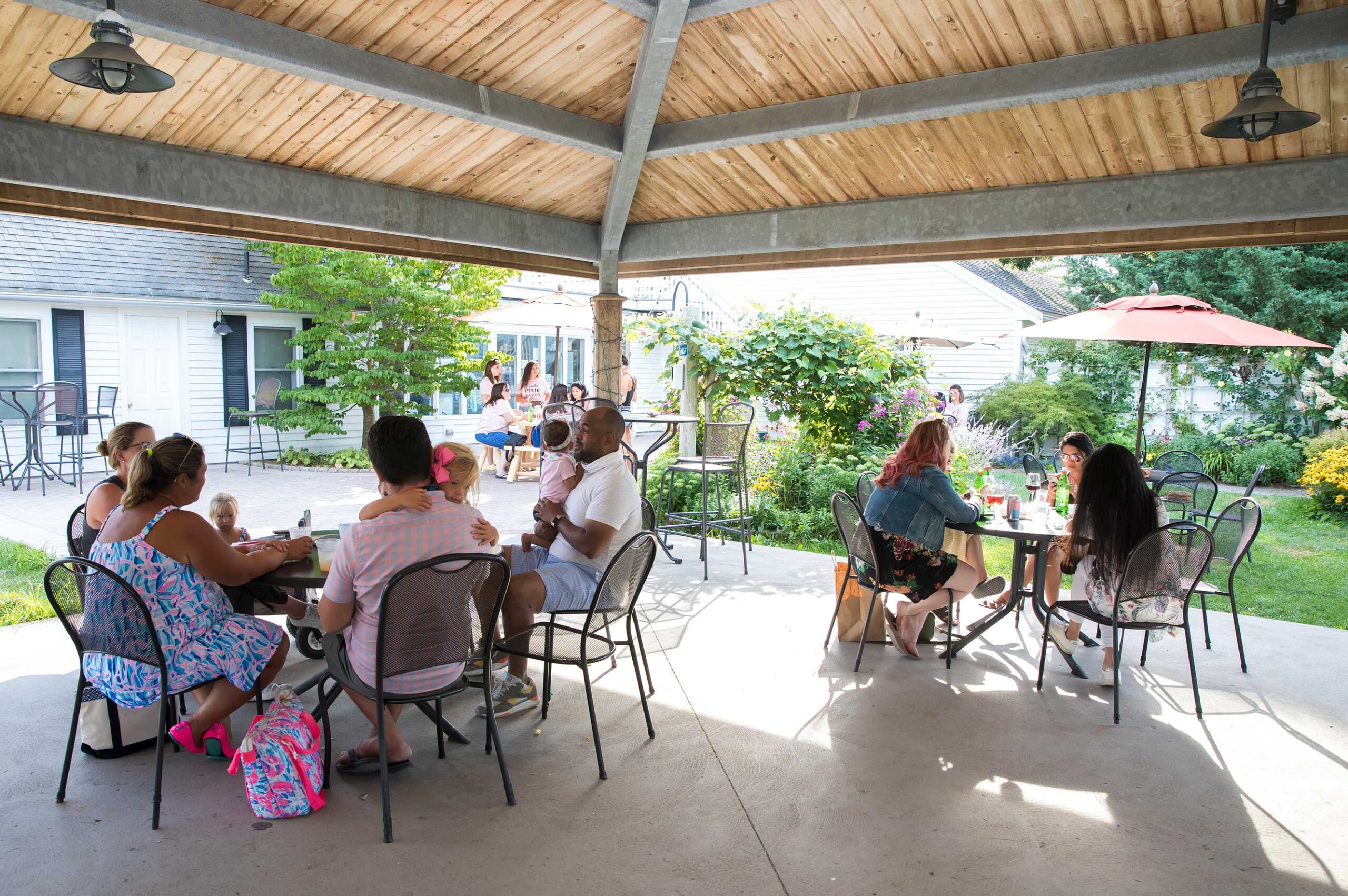 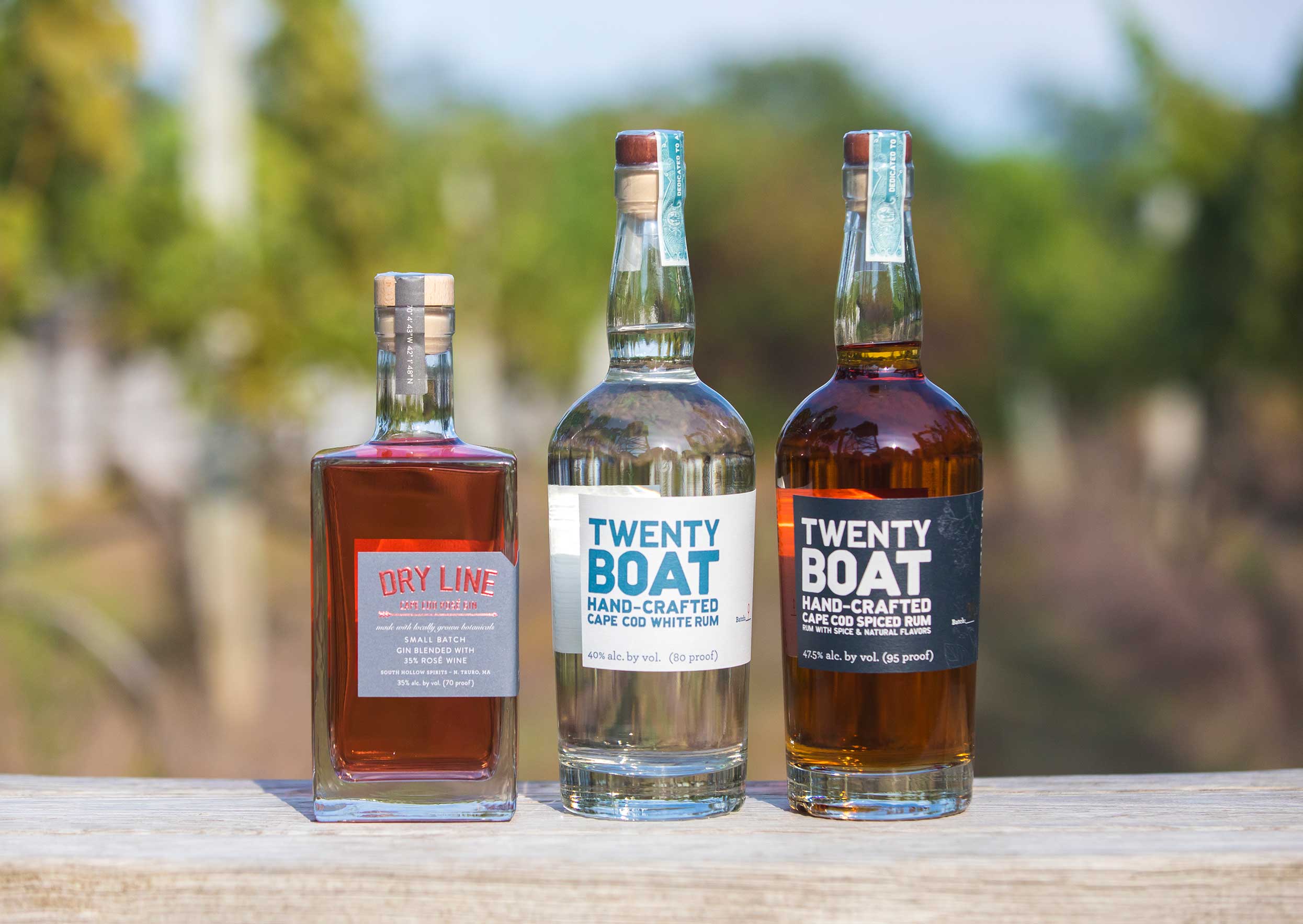 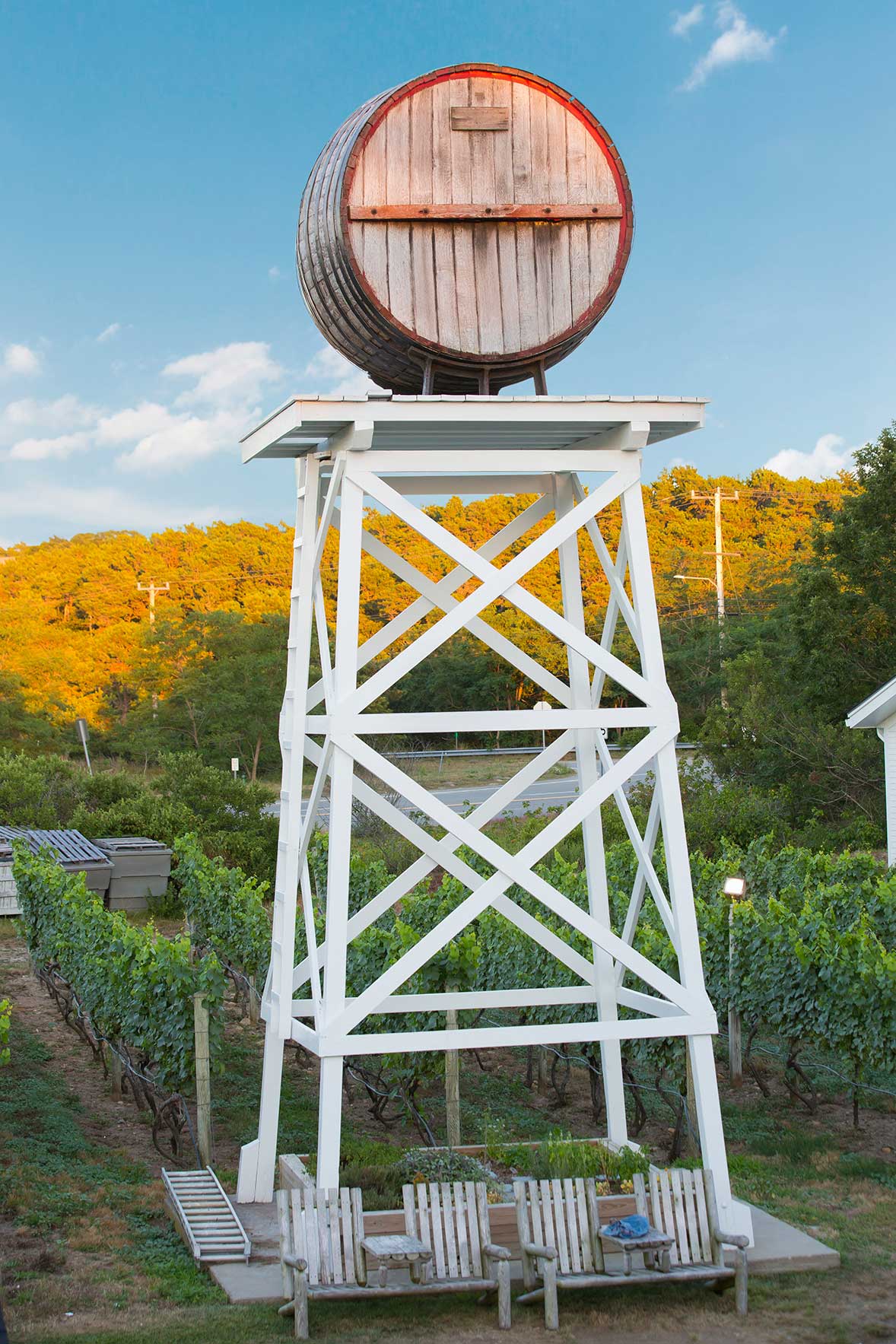 Truro Vineyards is a bucolic setting with five acres of grape varieties—Chardonnay, Cabernet Franc, and Merlot—nurtured by Truro’s sandy soil and salty sea breezes. Visitors from around the world come to sip wine and spirit flights and purchase signature blends in lighthouse-shaped bottles.

The decision to move to the Outer Cape was a leap of faith for Kristen and David Jr., but they don’t regret their decision. Both are raising families here and appreciate being able to send their children to local elementary schools with small class sizes. They’ve also found the business community to be incredibly supportive. “When you live out here, you learn to lean on one another,” says Kristen. “On any given day, I know there are 20 people I can call if I need something, like $1 bills for the cash register or extra cocktail sauce.” The family makes an effort to support other local businesses, too. For example, South Hollow Spirits’ signature spiced rum is made using spices from Truro’s Atlantic Spice Company, which is headquartered just down the road.

”It was an experiment to see if there was enough need for a winery to be open on the weekends. People weren’t busting down the doors, but we had enough of a year-round community for it to work."

Truro Vineyards started staying open year-round two years ago, which was a risk given how quiet the region’s winters can be. “It was an experiment to see if there was enough need for a winery to be open on the weekends,” says Kristen. “People weren’t busting down the doors, but we had enough of a year-round community for it to work.”

As one might expect, the COVID-19 pandemic forced the family to re-envision some aspects of their business plan. Guests now enjoy their food (courtesy of the Blackfish Restaurant Crush Pad food truck) and drinks while seated at tables that are spaced 15 feet apart, rather than walking around the grounds with a glass in-hand. “It actually makes for a more intimate experience,” says Kristen. “It’s safe for our customers and it works for us.”