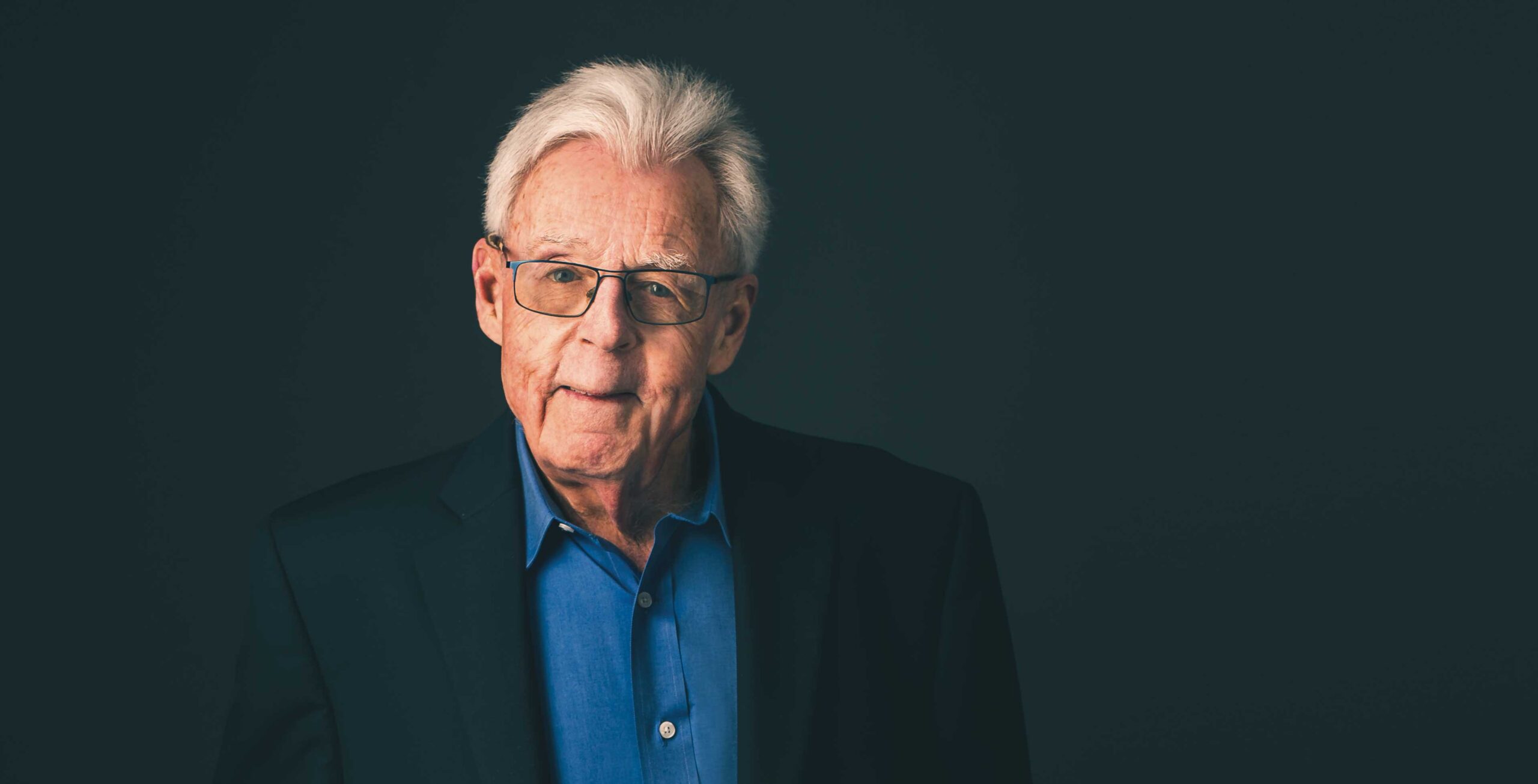 Peter Gammons and the Cape League:
A Feel-Good Story

Peter Gammons is widely recognized as a giant of baseball journalism. He is the game’s poet laureate for his insightful analysis and voluminous knowledge. Now in his sixth decade chronicling the sport, he shares a place with Babe Ruth in Cooperstown, New York, at the National Baseball Hall of Fame and Museum. In 2004, Gammons was honored with his profession’s most prestigious prize — the Career Excellence Award for meritorious contributions to baseball writing.

However, when he isn’t patrolling press boxes at Fenway Park or other venues around the Major Leagues in the summer, he can often be found enjoying Cape Cod Baseball League games at Lowell Park in Cotuit or Fuller Field in Falmouth. Gammons, who lives in the Bourne village of Cataumet, doesn’t need the big leagues to quench his baseball thirst. Cape League action returns him to his youth in the central Massachusetts town of Groton, and to the roots of the game when young players dream of bright lights and stardom.

“I love everything about the Cape League…watching players on that final step before they go to the pros,” says Gammons. “Cotuit is absolutely one of my favorite places anywhere to see a game. It’s just a great atmosphere.” 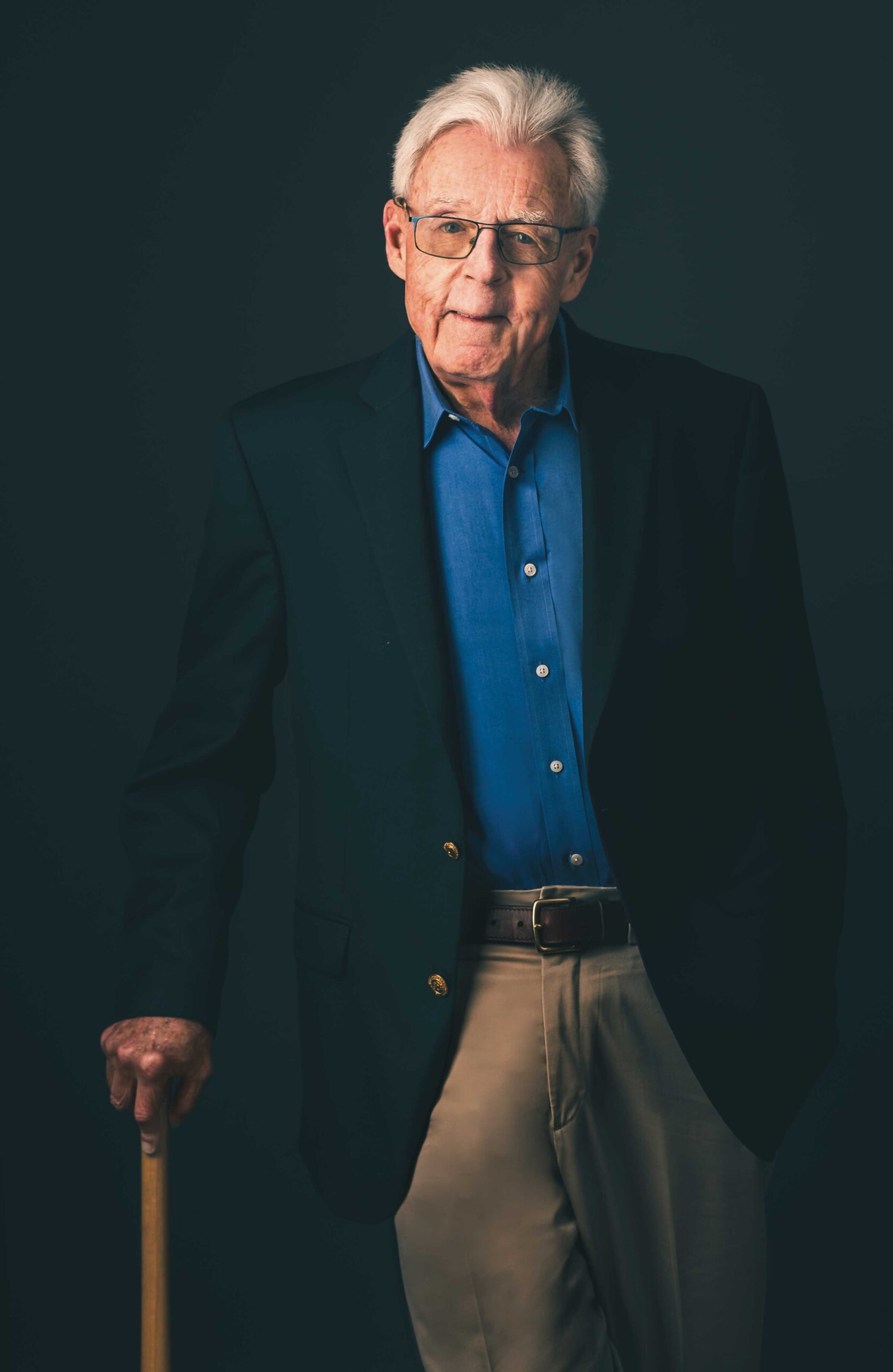 Gammons has been a fan of the Cape League for many years—professionally because it’s a breeding ground for future stars and personally because it’s home. Now 76, he and his wife, Gloria, bought their Cataumet house in 1993 and moved here full time five years ago. When the coronavirus pandemic erupted in March 2020, he was in Arizona covering spring training. Baseball shut down and he returned home, working remotely while enjoying sunsets over Buzzards Bay. He missed spring training earlier this year for the first time since 1971. He also was without his beloved Cape League last summer when the season was canceled. Now he’s anxious to get back to games.

“It’s been a pretty strange year for everyone, but at least we live in a beautiful place,” says Gammons. “Looking out at the water, enjoying everything around here has made it a little easier. Not having the Cape League was tough. It’ll be great for all the people and the players to have games again. The league means so much to everyone. I think we’ll all appreciate a little more how much fun it is to be in Chatham or Cotuit, or anywhere around the Cape.”

Gammons began his career as a Boston Globe intern in 1968 and started covering the Red Sox in 1971. He earned a reputation as a leader in baseball reporting by cultivating a network of trusted sources and has made his imprint on all media, from newspapers to magazines, television, and books. Now he writes for The Athletic, and he is an insider on the MLB Network. The television studio in his home allows him to file reports remotely, which gives him more time to be at Cape League parks.

“I probably get to 20 to 25 games a season,” he says. “The fun is seeing players and how they adjust day after day. It isn’t college. The guys are on their own and living with host families. The competition’s tough. I hear from so many (MLB) players when I travel around. They all remember what a special summer they had on the Cape and how much it helped them. They’re great memories that stick with them.” 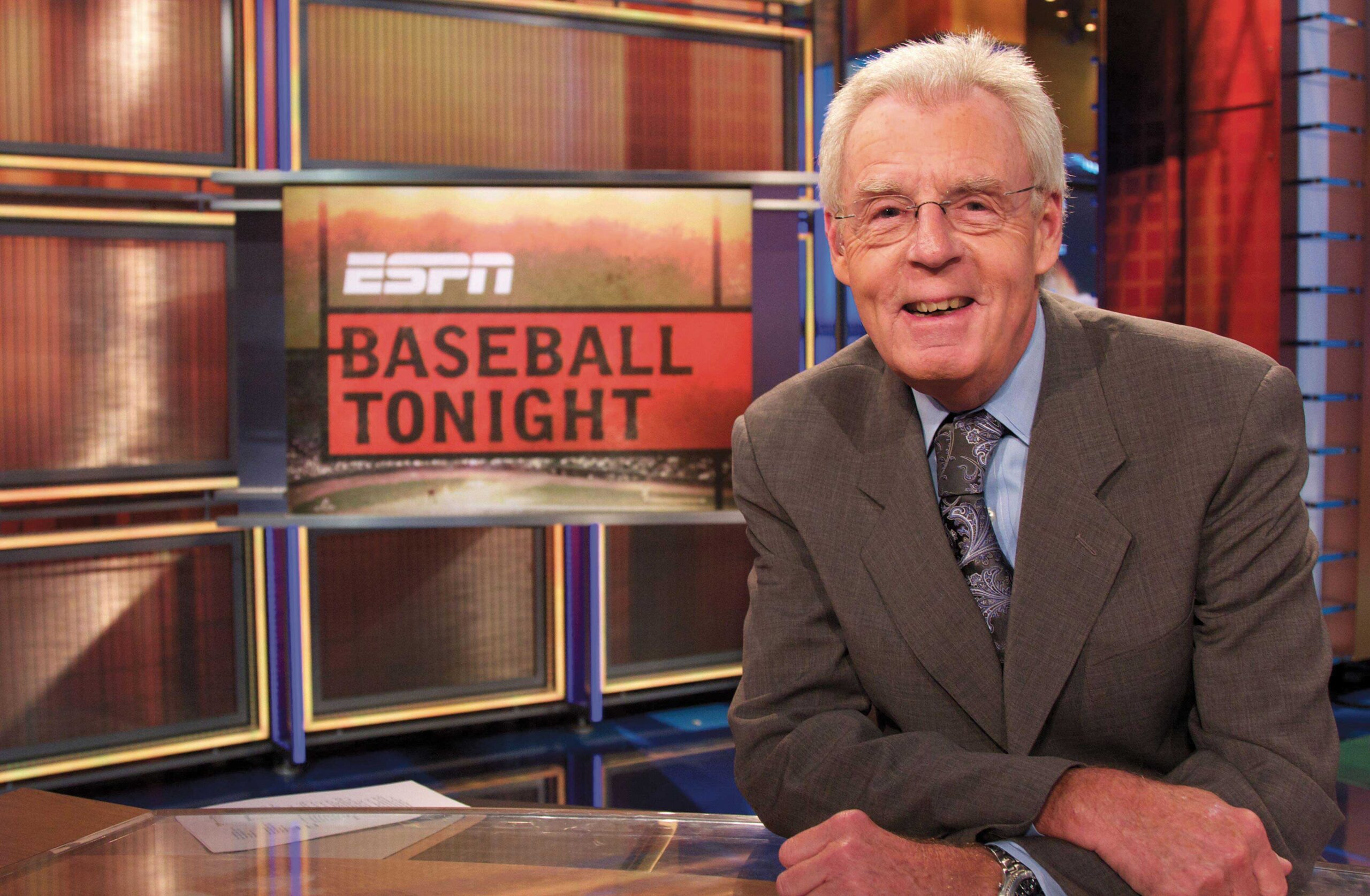 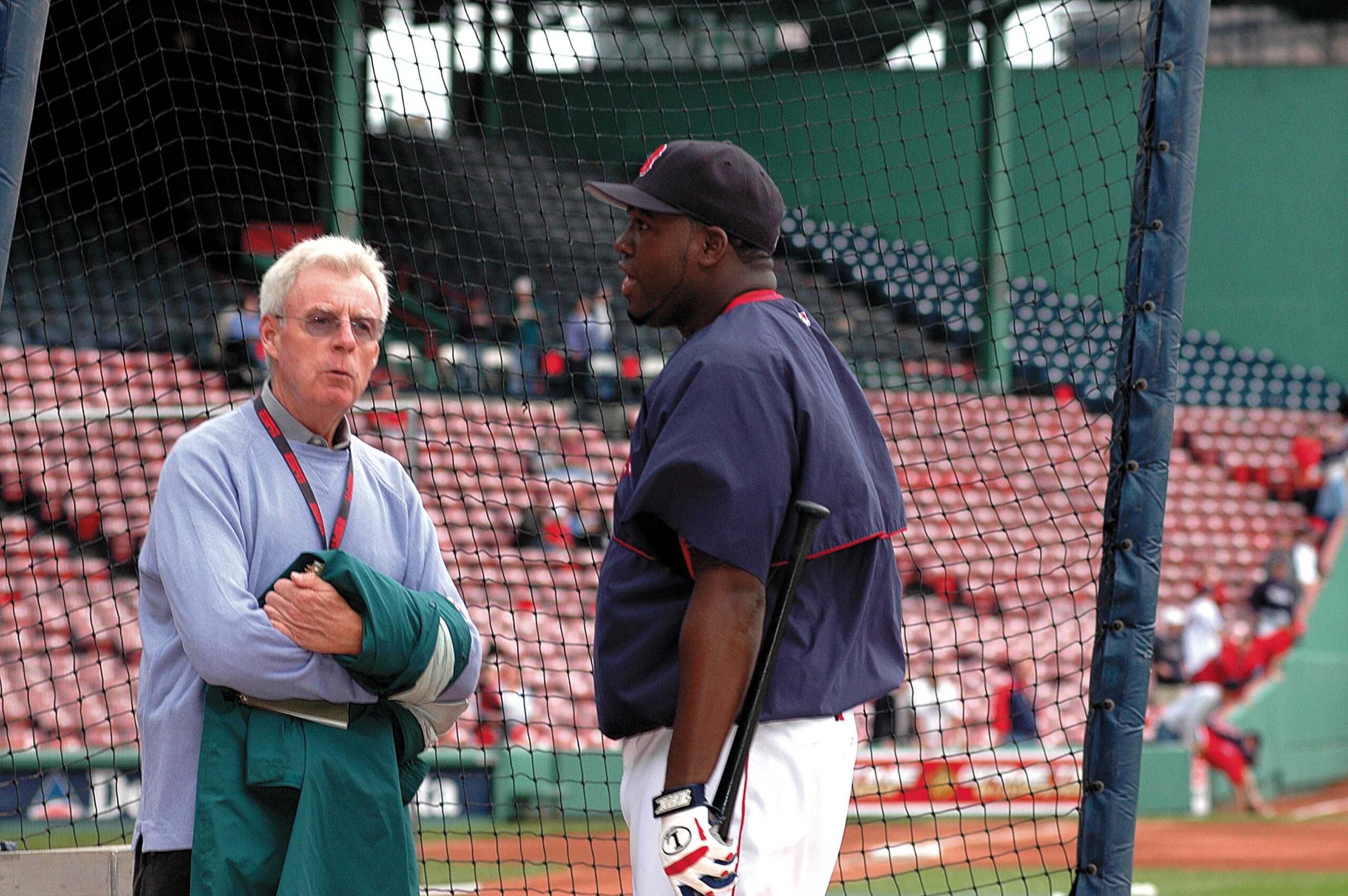 For Gammons, all baseball roads seemingly connect back to the Cape League. A conversation with New York Yankees star Aaron Judge will lead to memories of him in Brewster in 2012. Mention St. Louis pitcher Andrew Miller and Gammons recalls the night in Chatham the hard-throwing lefty struck out 12 consecutive batters to open the game (which was then postponed due to fog). He remembers Hall of Famer Frank Thomas winning the home run contest at the Cape League All-Star Game in Orleans in 1988. And Buster Posey as a shortstop/relief pitcher for Yarmouth-Dennis in 2006, who then went on to become an all-star catcher for the San Francisco Giants.

In 2006, Gammons was stricken with a life-threatening brain aneurysm. For privacy reasons, he was admitted to Boston’s Brigham and Women’s Hospital under the name of John Curtis (a friend and former Boston Red Sox pitcher). “Curtis and Thurman Munson (the great Yankees catcher) were teammates for Chatham in 1967,” says Gammons. During his recuperation, he was allowed a few hours away from rehabilitation in Sandwich and spent the time at a game in Cotuit. “A lot of things in baseball bring me back to the Cape,” he says.

The league traces its history to 1885, and the modern-day Cape League began in the early 1960s with the influx of college players. Today, the 10-team loop is recognized as the finest summer collegiate baseball leagues in the country. In 2019, more than 300 big leaguers were Cape League graduates, and that year, the Major League All-Star Game featured 12 former Cape Leaguers.

Gammons’ support of the league was recognized in 2018 when he was inducted into its Hall of Fame. That same year the Cape League created the Peter Gammons Award for Excellence and Distinction presented to an organization or person who has made exceptional contributions to the league. “Having known Peter for over 25 years, there is no one who has provided the league with as much mentorship and partnership, and helped us evolve to where we are in the baseball community,” says president Chuck Sturtevant.

“We’re giving kids a chance to expand their horizons and grow,” says Gammons. “We want their dreams of greatness to be defined by their goodness, and to understand that if we can help them, then they can help others.”

Music is Gammons’ other passion. His father was a music teacher and he plays guitar in a band at Hot Stove Cool Music events. He has been on stage with luminaries such as Pearl Jam’s Eddie Vedder, the Allman Brothers’ Derek Trucks, and blues guitarist Buddy Guy. His baseball stories are often sprinkled with lyrical references to Warren Zevon, Bob Dylan or other rock legends. “I’ve always tried to write with a musical rhythm,” he says. “Just having fun.”

In 2006, Gammons brought together Boston musicians, baseball players, and officials to record an album titled “Never Slow Down, Never Grow Old.” He says a lyric from the Pearl Jam song “Wishlist” captures the meaning of baseball for him: “I wish I was the pedal brake that you depended on…I wish I was the verb ‘to trust’ and never let you down.”

“Playing as a team, the camaraderie, working together, not for yourself in a showcase,” says Gammons. “That, to me, is the essence of what baseball players are as teammates. And whether you’re in the Cape League finals, or just another game, have fun and appreciate where you are. You don’t have to win a championship. This is still a beautiful place to be playing.”

The game keeps him feeling young, and as for slowing down, he admits he might begin to scale back his busy schedule. The tradeoff, if he does, would be more summer days to enjoy the Cape League. “I was a kid who fell in love with journalism and baseball. I don’t think that will ever change,” says Gammons. “The league has been a big part of my life. It’s pure baseball.”