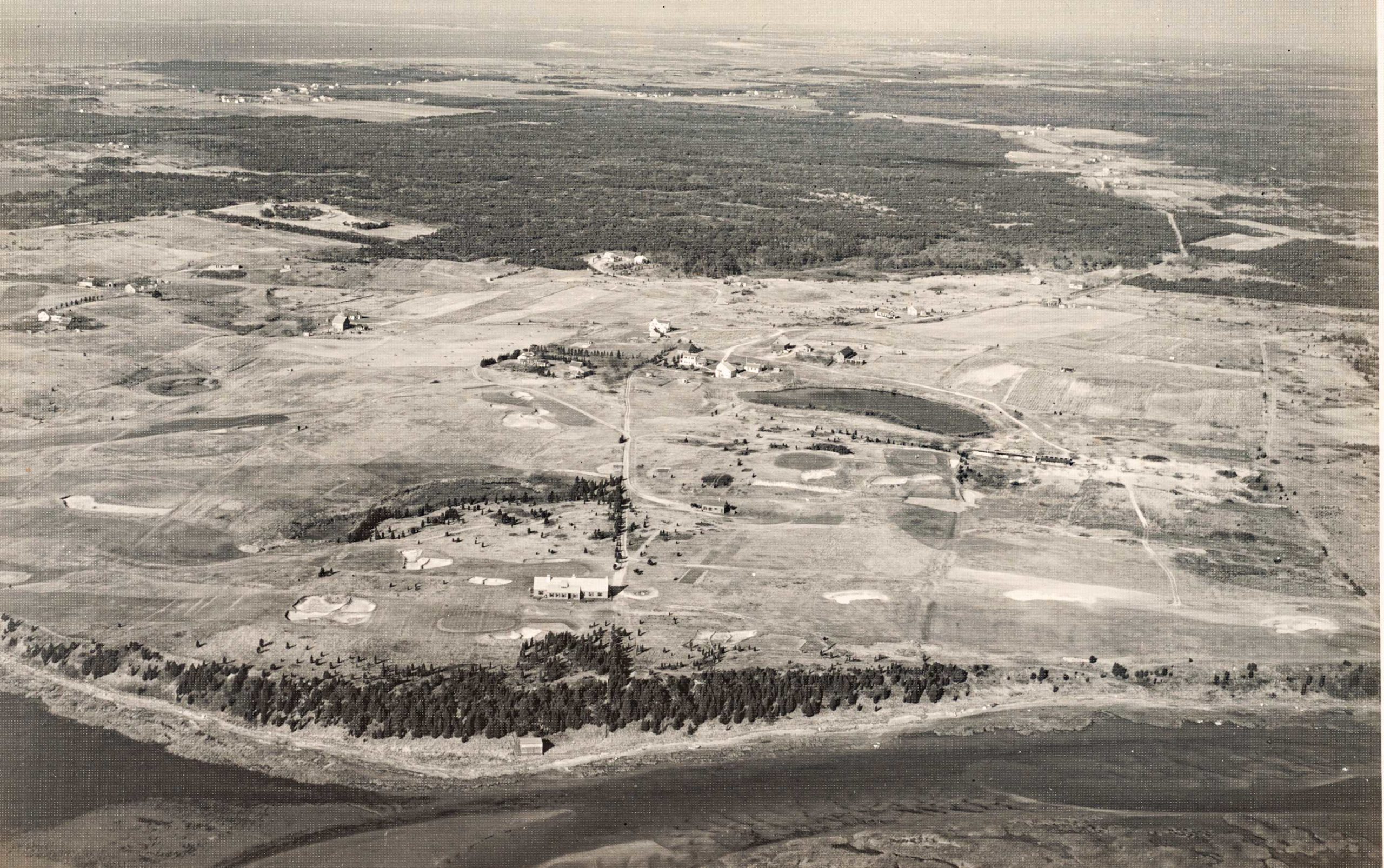 The lost links of Cedar Bank

President John F. Kennedy signed a bill in 1961 authorizing the establishment of the Cape Cod National Seashore. The park encompasses nearly 44,000 acres spread over six towns from Chatham to Provincetown. Amid the vast expanse of ponds, woods, coastal pine barrens, and Atlantic Ocean beaches are faint traces of Cedar Bank Links in Eastham.

The course, near Nauset Marsh and Salt Pond, was created by Quincy Adams Shaw in the 1920s and described by a Boston newspaper as “one of the finest natural layouts in the world.”
Shaw was a Boston Brahman whose fortune came from Michigan copper mines. The Harvard graduate suffered a nervous breakdown in his 40s and after a long confinement, his doctors recommended he find something to occupy his time. He turned to building a golf course on family land. Using local laborers, a horse and an earth scoop, it took three years and in 1928, Cedar Bank was ready for play.

The Eastham Historical Society has photographs and maps of the 18-hole design. The course played 6,490 yards to a par 70 and was in operation until the late 1940s. Among the best holes were the 140-yard par-3 11th over the pond. Players had to cross the hazard on a small barge with a rope and pulley. The 310-yard 17th around the inlet was memorable and the green reachable, but the challenge was how much of the marsh could be carried with a driver.
Mark McGrath of Harwich, a retired IBM electrical engineer, is an avid hiker and golfer who has done extensive research on the history of Cedar Bank. Remnants of the course are still visible throughout the park, says McGrath. There is a stone marker noting one of the holes and a green roller once used to smooth putting surfaces. The Shaw family homestead also still stands in Eastham.

Cedar Bank was essentially an estate course for family outings and friends. Shaw hosted golfing royalty Bobby Jones and Francis Ouimet for a round. Jones is among the game’s most significant figures and Ouimet is best remembered for his historic win in the U.S. Open at The Country Club in Brookline.

Golf historian Daniel Wexler is the author of “Lost Links: Forgotten treasures of golf’s golden age.” Considering how Cedar Bank would measure up today, Wexler wrote in its original form the course “would surely be among the most talked about in New England, not so much for its overall challenge but rather for its marvelous setting, unique history and conspicuous cache of All-World holes.”