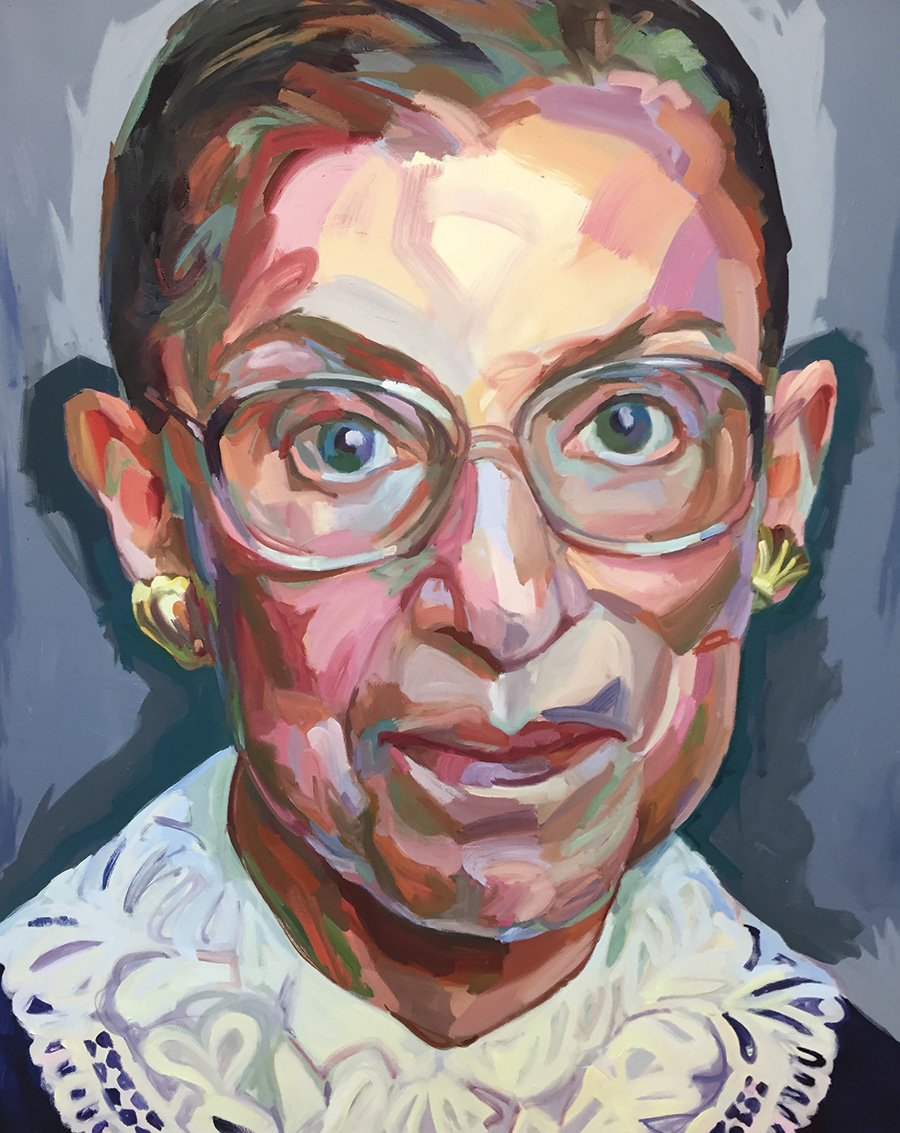 The Art of Persistence

Provincetown artist Jo Hay is named “Artist of the Year.”

Jo Hay’s route to Cape Cod was circuitous. Born in Newcastle, England, Hay received her bachelor’s degree from Middlesex University in London; then she moved to NYC and worked as a magazine designer. “I learned a tremendous amount from my time in magazines, but I always felt like I was a painter,” she recalls. “I spent a lot of time teaching myself to paint in my spare time and visiting museums.”

Admittedly, Hay liked New York: the concrete, the bustle. She visited Provincetown somewhat begrudgingly for a vacation and felt its pull right away: “I remember turning onto Snail Road and seeing the sweep of the bay and the houses. I fell in love immediately. The wildness, the openness, the beauty—it’s absolutely extraordinary.”

Living and working in Provincetown since 2005, Hay began her “Persisters” series in 2016, an election year. “I felt great anxiety—actual fear—for the first time in my privileged life,” she reveals. “Suddenly there was this change in how we were receiving information about our world. I felt stuck in a quagmire of misinformation.” 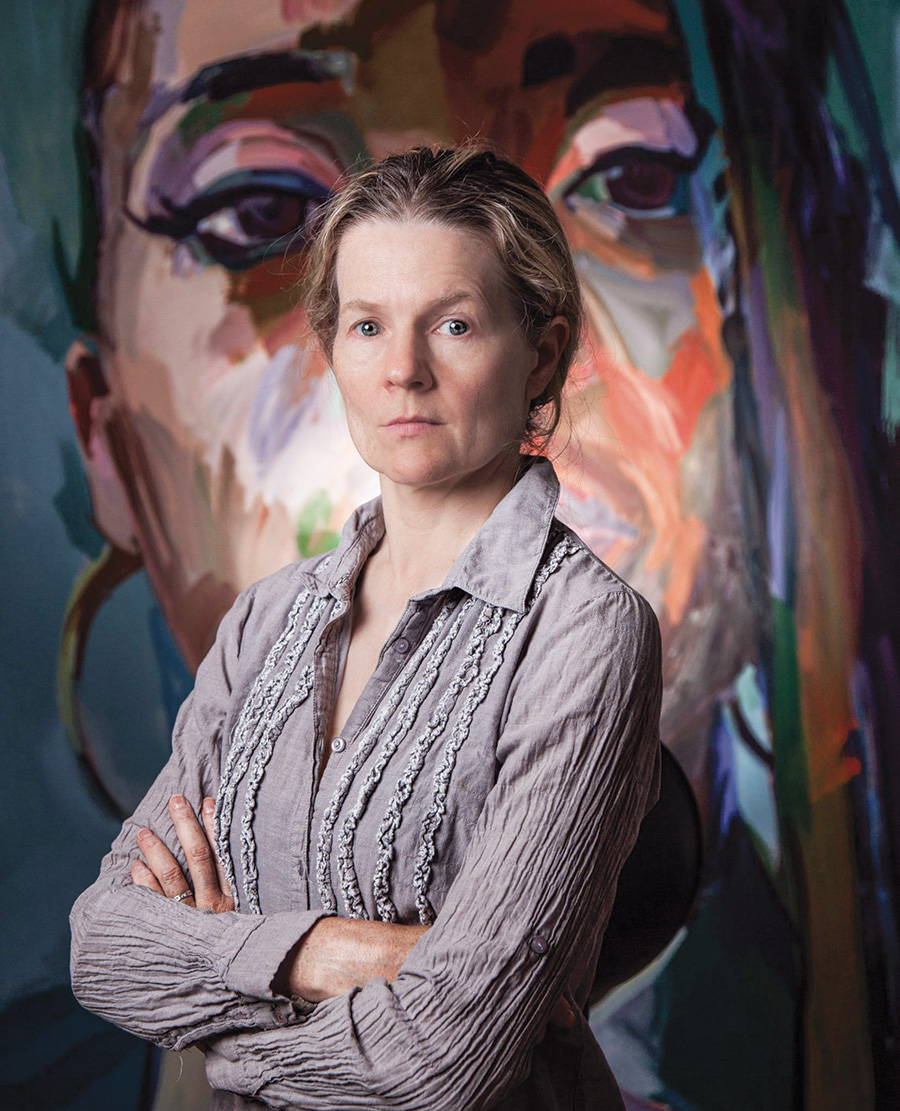 “Once you can express yourself, you can tell the world what you want from it. All the changes in the world, for good or evil, were first brought about by words.”
— Jacqueline Kennedy Onassis

American socialite, writer, photographer, and book editor who served as first lady of the United States from 1961 to 1963 as the wife of President John F. Kennedy.
48 x 60 inches, Oil on canvas 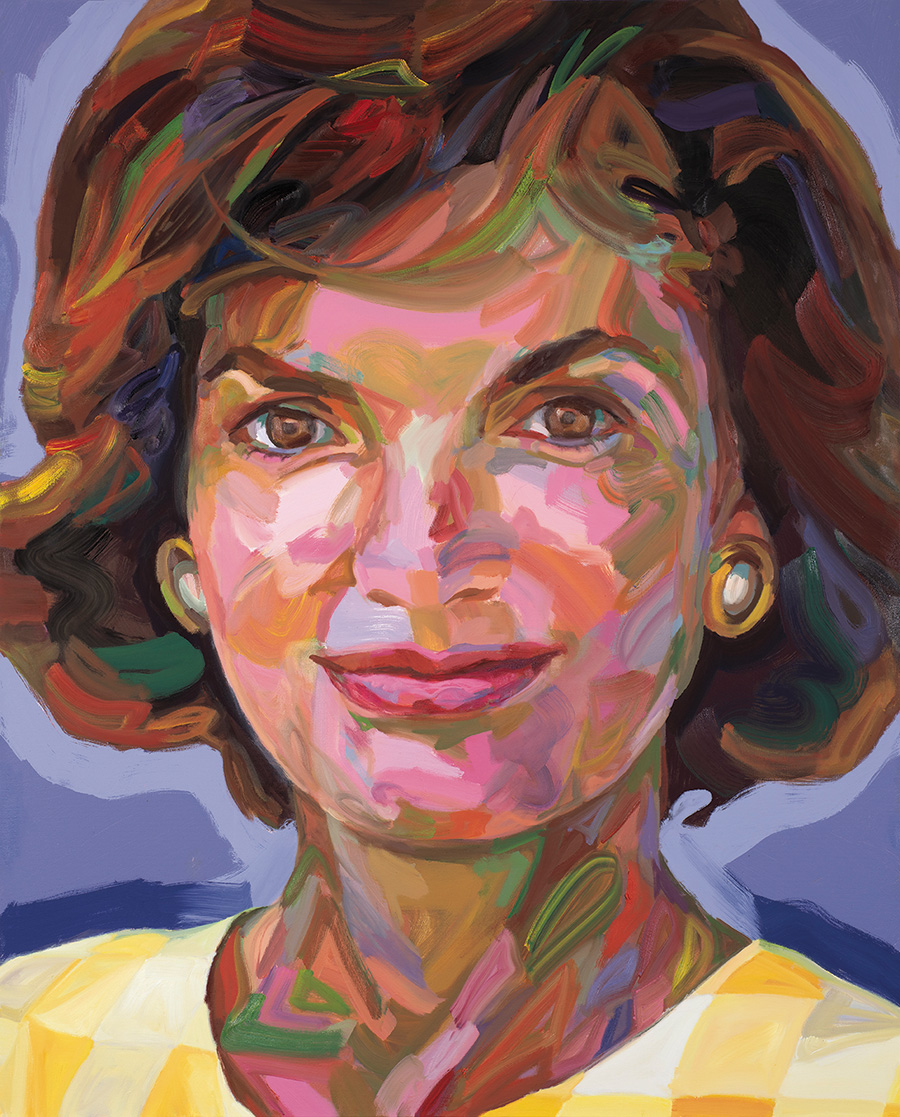 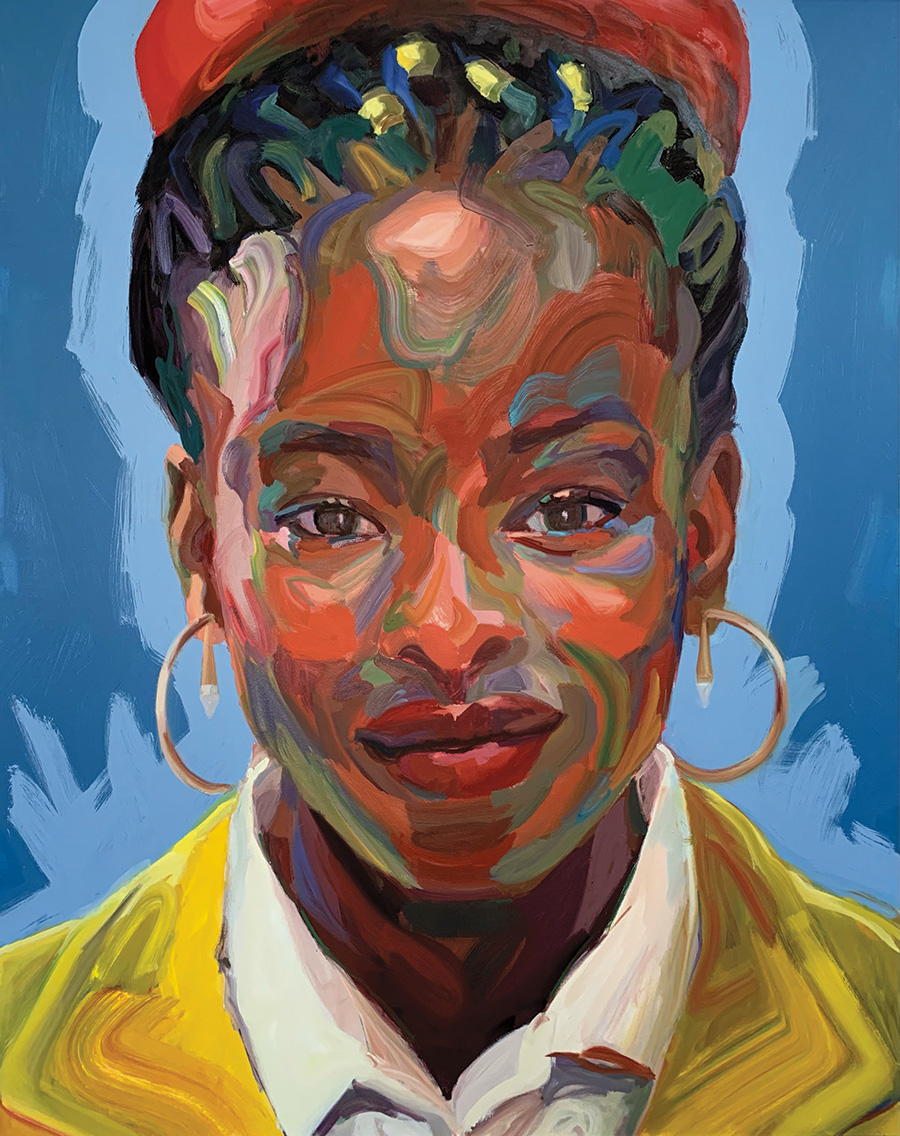 To quell her anxiety and carve out a path towards optimism, Hay began painting portraits of women whose work she found comforting. The series served as a “cathartic and soothing process to make paintings of these people I was looking to for support,” she says. Large in scale at four by five feet, the paintings are arresting likenesses marked by large, expressive marks.

“The paint does all the work,” explains Hay of her method. “I’m always fascinated with how one color works against its neighbor. It’s such a glorious surprise when seemingly unrelated colors with the potential to clash become harmonious.”

Earlier this year, Hay was named Cape Cod’s “Artist of the Year” by the Arts Foundation of Cape Cod. This award, new for 2022, recognizes a Cape-based artist whose work shapes thought, inspires change, and creates a deeper sense of connection in the community.

To honor her award, Hay decided that her 18th Persister would be Jacqueline Kennedy, someone deeply associated with the Cape. “Fashion trendsetting aside, Jacqueline passionately and meticulously restored the historic details of the White House and invited artists, authors, poets, musicians, and actors to mingle with politicians. As a painter and great believer in the importance of art in society, I am indebted to her unwavering commitment to the arts.”

“Women will only have true equality when men share with them the responsibility of bringing up the next generation.”
—Ruth Bader Ginsburg 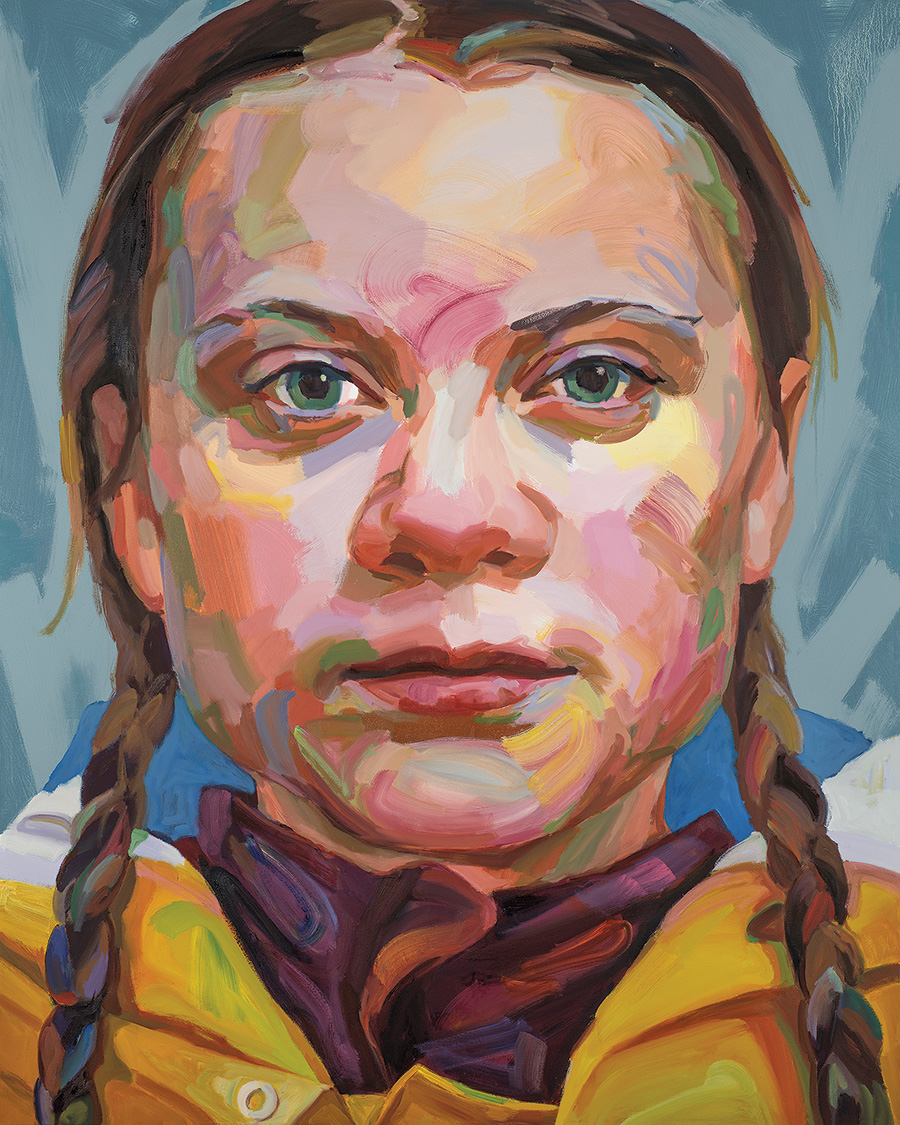 “You must not gamble your children’s future on the flip of a coin. Instead, you must unite behind the science. You must take action. You must do the impossible. Because giving up can never ever be an option.”
—Greta Thunberg

“I need women of color, particularly black women, to understand that our achievements should not be diminished.”
—Stacey Abrams 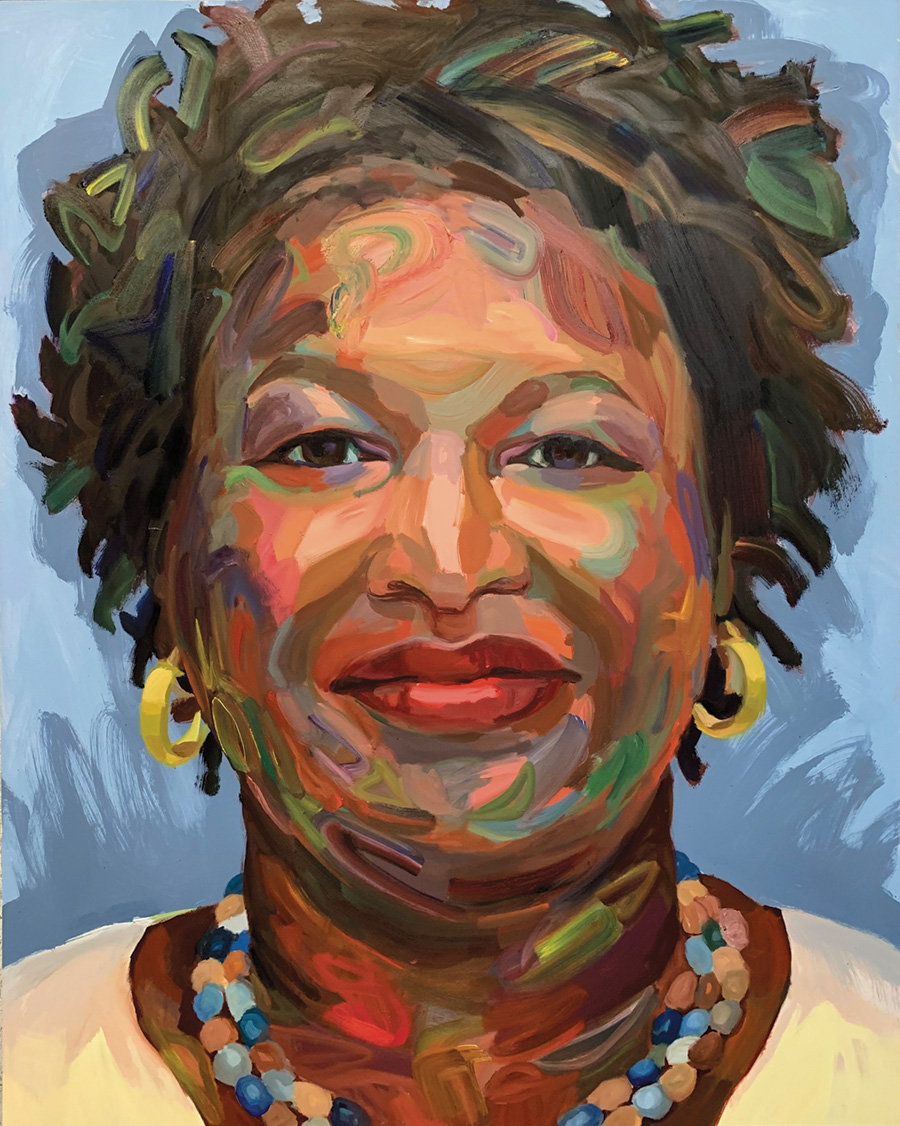