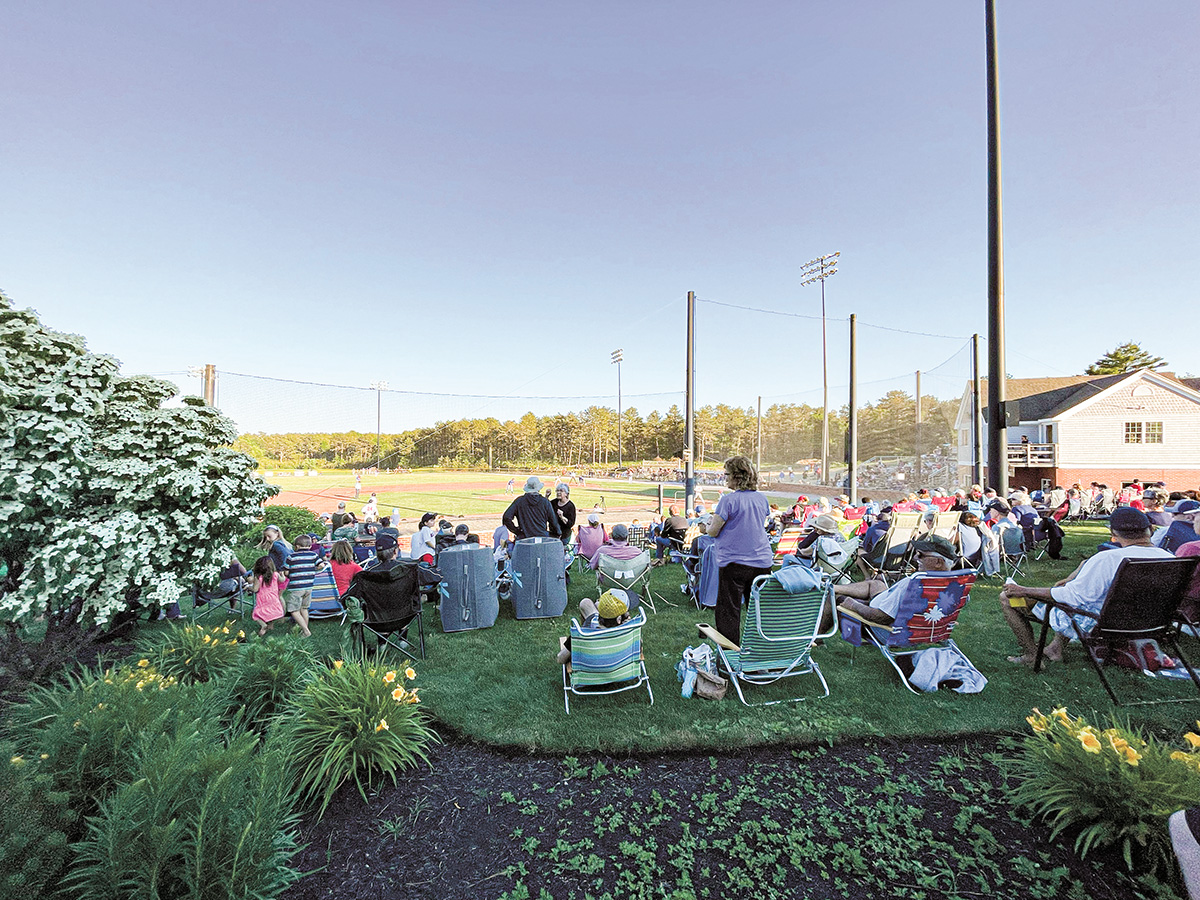 9 reasons to root for the Cape Cod Baseball League.

Willie Stargell, the Pittsburgh Hall of Famer from the “We Are Family” World Series champion Pirates, was fond of saying, “When they start the game, they don’t yell, ‘Work ball.’ They say, ‘Play ball!’ ”

And so it is. Welcome to another summer of the Cape Cod Baseball League, hardball heaven amid sea breezes and sand dunes. The 10-team league is recognized as the country’s premier summer collegiate baseball organization.

From Orleans to Wareham, from mid-June to mid-August, the teams play six days a week on local fields where the grass is real and the price is right. Admission is free but contributions are encouraged. The players, still amateurs, are accessible; most games end with youngsters crowding around the soon-to-be stars for autographs.

Let’s play nine innings with nine things you might not know about the league.

1. “Where the stars of tomorrow shine tonight.”

The slogan is more than just a catchphrase. In 2021, there were more than 300 Cape League alumni on Major League rosters and the MLB All-Star Game included 17 players who honed their skills on local diamonds.

Fun fact: Before he was the Boston Red Sox’s pitching ace, Chris Sale was a Yarmouth-Dennis Red Sox in 2009 and won the Outstanding Pitcher award.

Baseball’s ultimate honor is enshrinement in the Hall of Fame. The Cape League is well represented: five former players have bronze plaques in Cooperstown. Most recently, Jeff Bagwell (Chatham 1987-88), Craig Biggio (Yarmouth-Dennis 1986), and Frank Thomas (Orleans 1988) were inducted. Other Cape leaguers in the hall are Carlton Fisk (Orleans 1966) and Pie Traynor (Falmouth 1919).

Fun fact: Lou Lamoriello, president of hockey operations for the New York Islanders and architect of three Stanley Cup champions, is in the Hockey Hall of Fame. Before he turned his attention to the ice, he was a Cape League all-star player and manager and is also in its Hall of Fame.

Fun fact: Showalter played for the Hyannis Mets in 1976 and was league MVP and batting champion (.434). He also had a day job painting fences around the Kennedy Compound in Hyannis Port.

The league’s prestige was enhanced in 1985 when it mandated a return to wooden bats. Until then, aluminum bats were the order of the day. The change was heralded by the major leagues and their scouts, who could better evaluate the potential of hitters and pitchers using the same tools of the trade as professionals.

Fun fact: In 1983, Cory Snyder hit 22 home runs for Harwich with an aluminum bat. The wooden bat home run record was set by Dave Staton, who belted 16 for Brewster in 1988.

When you’re at the ballpark, check out the guys behind home plate. Most will have notebooks and pens and be aiming radar guns toward the field. They’re scouts searching for uncut gems to become polished jewels.

Fun fact: Kris Bryant played for Chatham in 2011 and hit only .223 with three home runs. But he had tools. Four years later he was the National League Rookie of the Year and, in 2016, led the long-suffering Chicago Cubs to World Series victory.

On a leisurely summer day, arrive early at the park. Bring a lawn chair, set up behind the back stop, or pick a comfortable spot in the bleachers and watch the rhythm of the game unfold.

After warmups, don’t be surprised to see the players and coaches grooming the field with rakes and watering hoses. No ground crews here; it’s all hands on deck. And what’s that smell in the distance? Ah yes, of course: hot dogs on the grill and popcorn in the snack bar.

The manicured lawn of Lowell Park is home to the Cotuit Kettleers and one of the best day game venues anywhere. The field is carved out of a forest and insulated from traffic and noise other than the crack of bats and the hometown cry of “Have a hit!”

Fun fact: According to legend, Native Americans bartered with early settlers for the current land more than 300 years ago. Terms of the sale included a brass kettle, thus the nickname Kettleers.

If you’re looking for a quintessential evening experience, try Eldredge Park in Orleans or Veterans Field in Chatham. In Orleans, the banking down the right field line is so popular fans arrive during the day to hold their place with a chair or blanket. Chatham’s field is a picturesque amphitheater bowl where you’re often treated to a brilliant sunset—or the infamous “Fifth Inning Fog,” which can roll in without warning and interrupt or postpone games.

After the 2020 season was cancelled due to COVID-19 and 2021’s schedule was compacted, the league’s All-Star Game returns this summer. Hosted by the Wareham Gatemen at Spillane Field, the showcase is scheduled for Saturday, July 23.

Fun fact: Some of the more prominent Wareham grads who have gone on to star in the big leagues include Matt Barnes, George Springer, Max Muncy, Kyle Schwarber, Mo Vaughn, Barry Zito, and Dallas Keuchel.