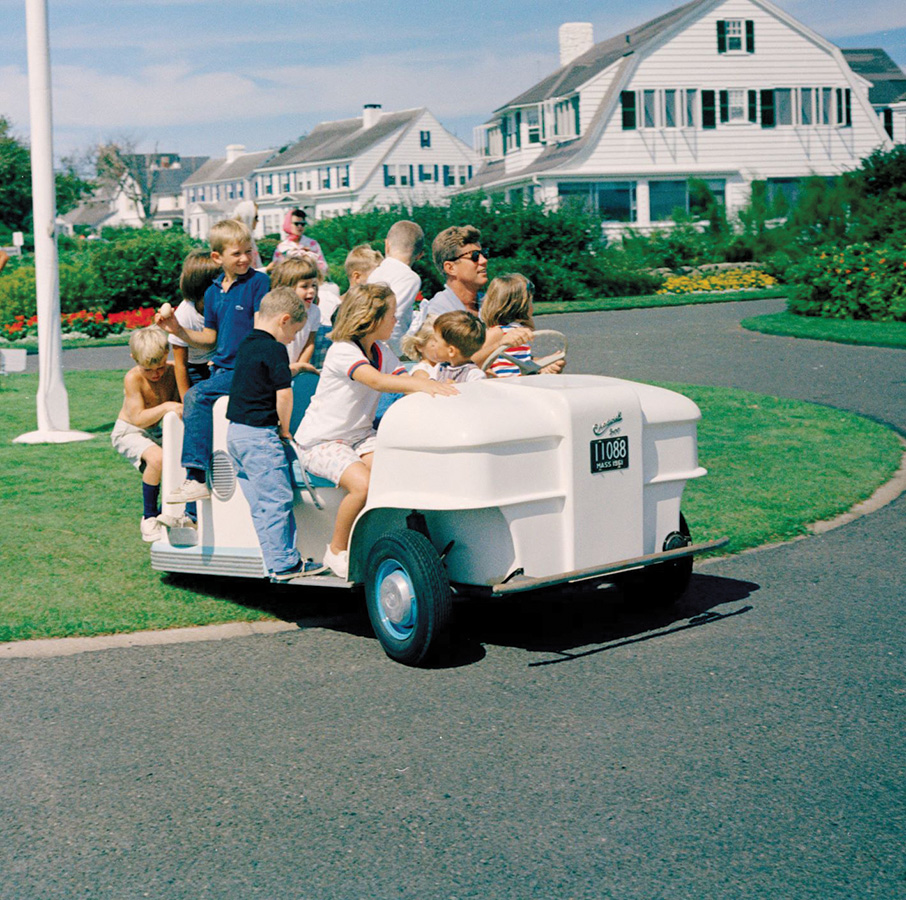 Founded in 1992, the John F. Kennedy Hyannis Museum celebrates its 30th anniversary this summer. First opened as a small temporary exhibit in the old town hall building in Hyannis, the museum has grown into a place for reflection, learning, and civic engagement. Co-founders Rebecca Pierce-Merrick and Wendy Northcross both remain extensively involved in the museum’s management and curation.

After recently retiring, Northcross has stepped in as executive director, and Pierce-Merrick serves as the site’s curator and director emerita. Both recall those early days of bootstrapping their idea into one of the most visited cultural institutions on Cape Cod. “We sort of elbowed our way into one space in the town building on Main Street,” says Northcross. “Today we have the entire building available for exhibits, lectures, and community programs.”

The museum’s mission focuses on the Kennedy family’s legacy and their time on Cape Cod. To that end, an extensive new exhibit, “Presidential Summers: The Kennedys on Cape Cod,” opened in April. “This exhibit relates how the Kennedy family came to own a home in Hyannis Port and how exciting it was to have a President living among our midst,” says Pierce-Merrick. “We feature a lot of wonderful family photos and archival video along with artifacts like handwritten thank you notes by the First Lady and the President’s doodles of his sailboat on meeting notes. We also are fortunate to have on loan for a short time one of JFK’s famous rocking chairs.”

This summer, the museum has a full calendar of events, including media literacy workshops and weekly “Walks with a Purpose,” where participants learn how the history of Hyannis and Kennedy’s public policies intersect.