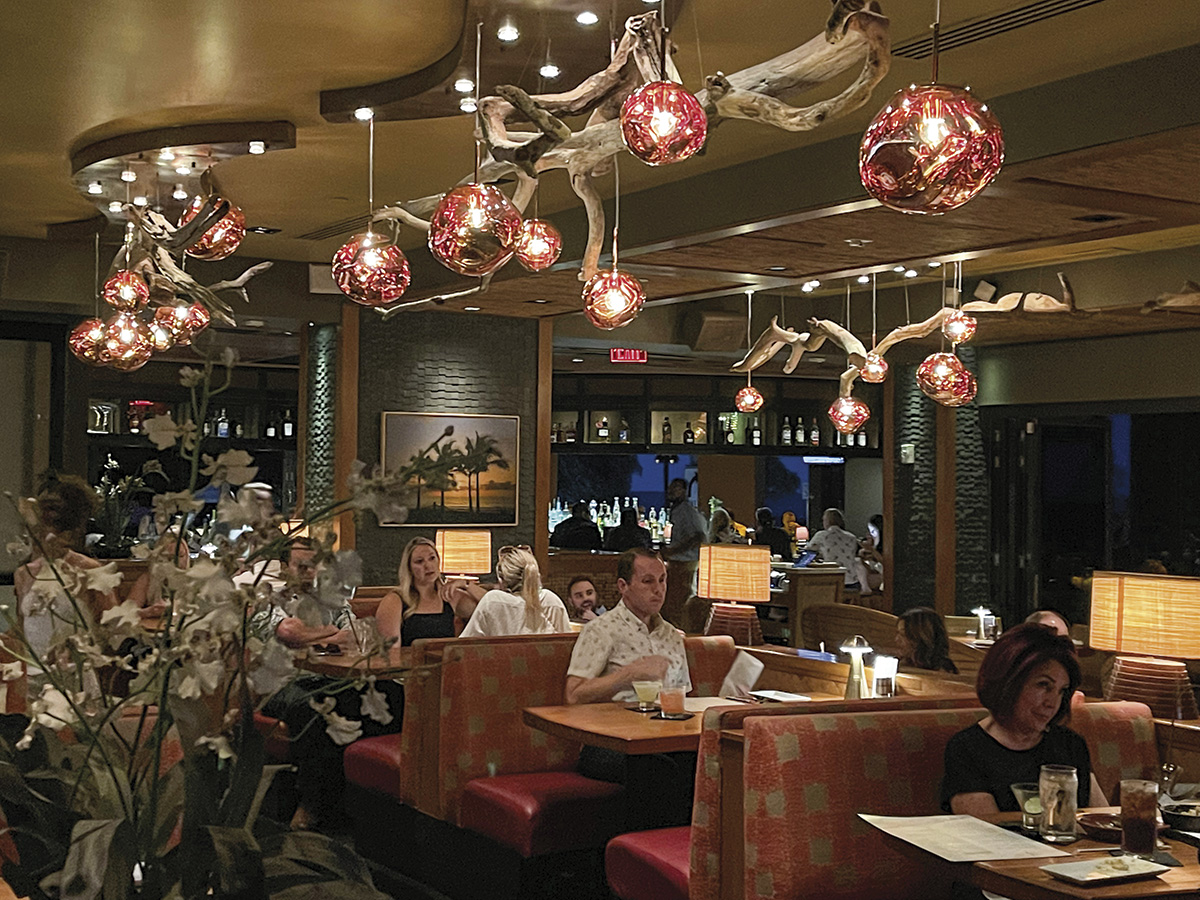 By adminNovember 7, 2022No Comments

” I focus on pieces that will be conversation starters. I want to know: How are you going to live with this? How is it going to work for your family? And I try to incorporate those elements. “ 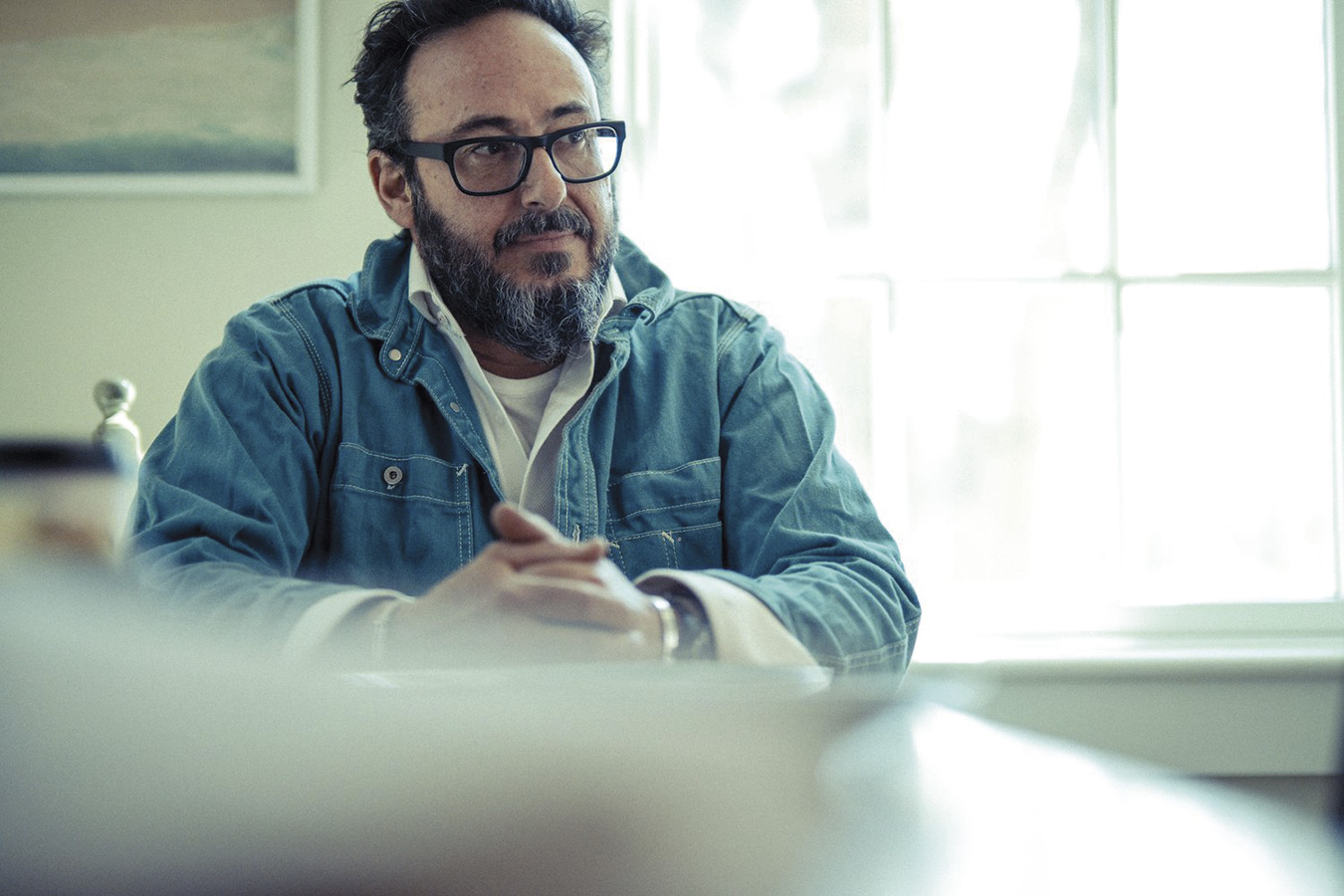 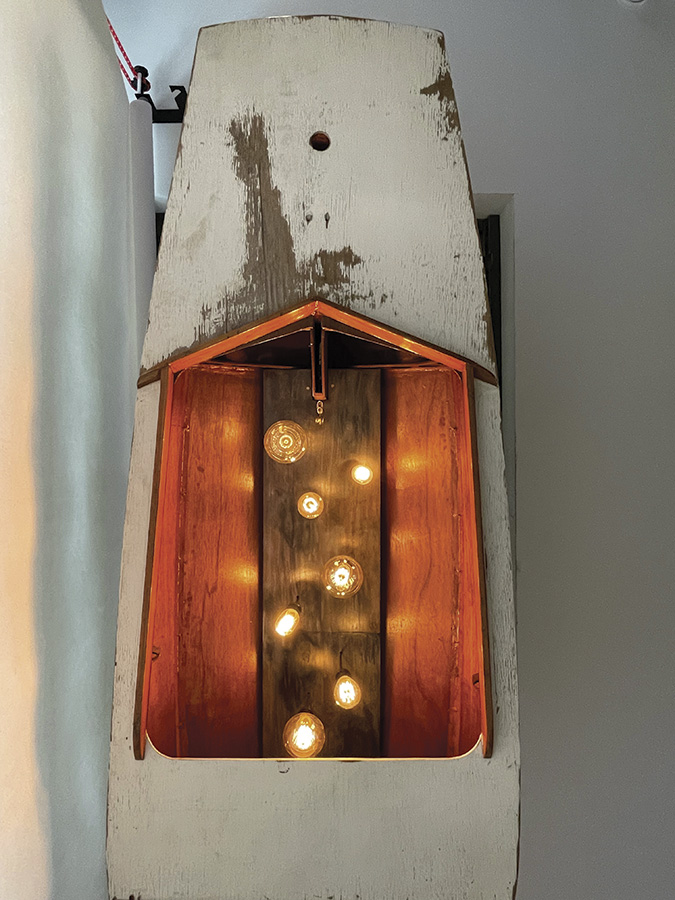 “I only build one of anything,” says Scott Feen from his Orleans workshop where his newest commission—a table resembling a shipwreck—awaits its destination, now finally complete.

When an Orleans family wanted something specially crafted to capture their love of the sea, Feen stepped in with a blowtorch. He charred reclaimed cedar beams using an ancient Japanese preservation method and cut hundreds of pieces of bronze from a boat’s bimini top to highlight the table’s centerpiece: a salvaged bronze porthole.

“I focus on pieces that will be conversation starters,” Feen says. “I want to know: How are you going to live with this? How is it going to work for your family? And I try to incorporate those elements.”

Feen is an artist who never studied art. “It really was in me from the beginning,” he says. As a kid growing up in western Massachusetts and West Yarmouth, he tinkered with bicycles and go-karts and was immersed in his grandparents’ shop, which dealt in paintings and sculpture.

Feen didn’t get around to creating his own art until much later. His professional path took him from hospitality school to sales in Silicon Valley and later aboard a yacht as a captain. It was San Francisco’s vibrant art scene that eventually sent him, freshly inspired, back home to Cape Cod. He’d decided, as a new father, he wanted out of the corporate world.

Thirteen years ago, Feen stood outside his first gallery in Chatham watching trucks haul loads of wood and glass debris from construction sites. It hit him: Why not rescue and repurpose some of that waste for art? That thought led Feen to start junk hunting. He scoured beaches, lumberyards, and Craigslist, eventually cramming his two-floor warehouse with everything from old bolts to rail cars. 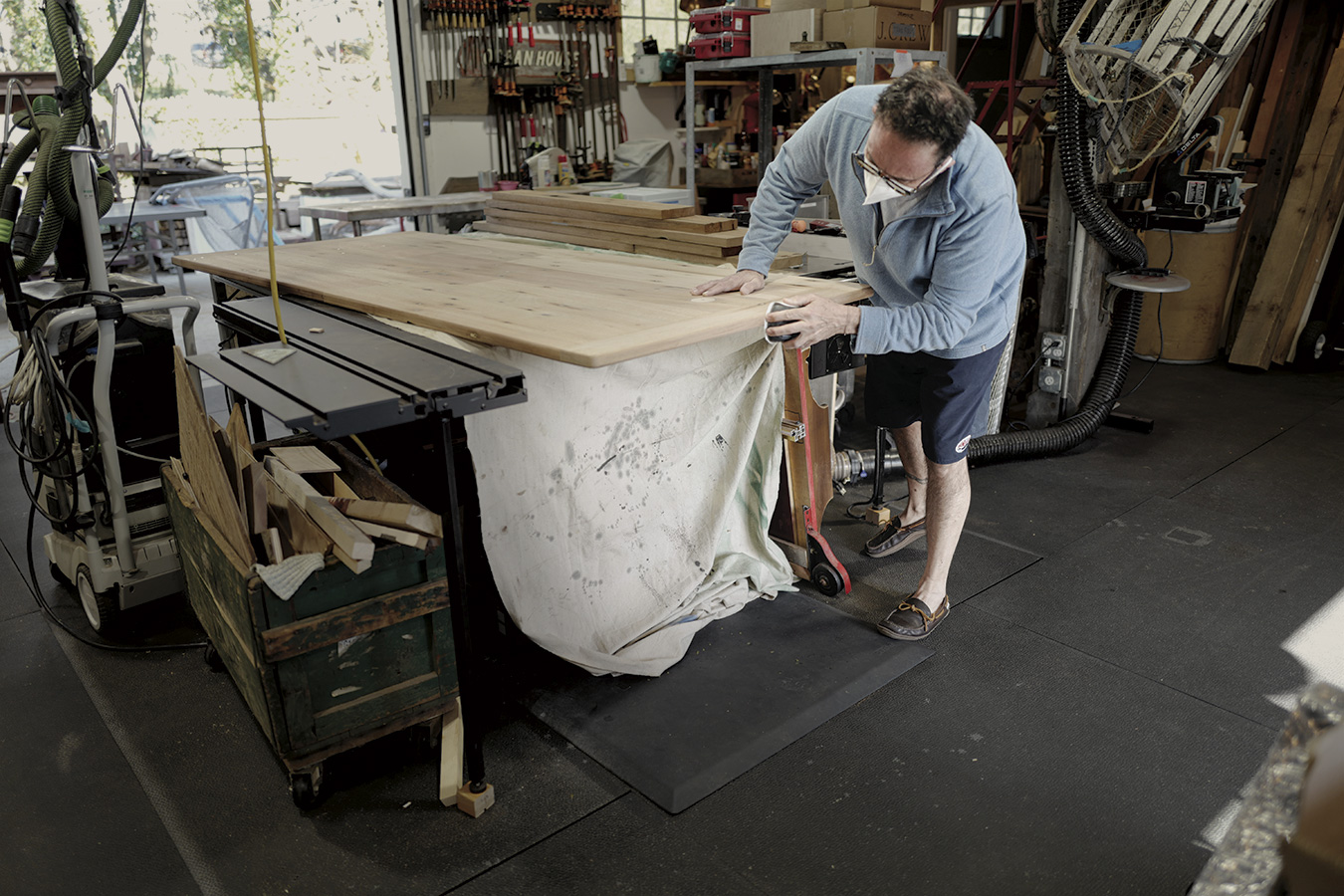 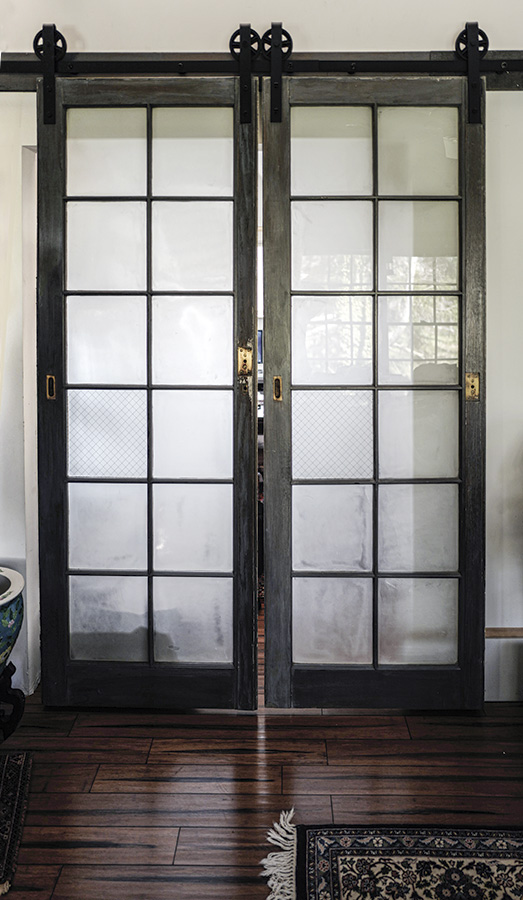 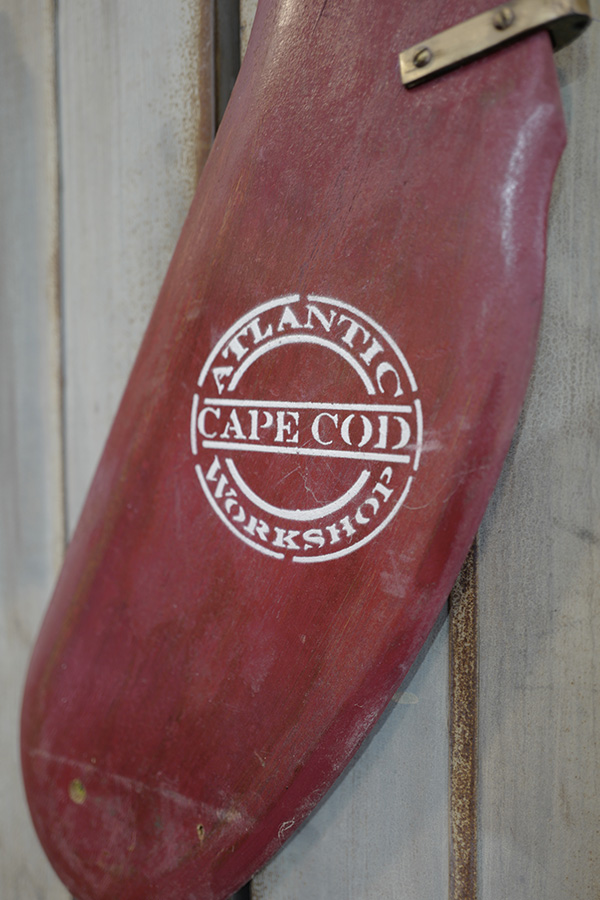 “I had it down,” he says. “I could walk through an estate sale really quickly and identify things I needed for projects that I knew were on the horizon.”

Those projects started small, like refurbishing a chair for the occasional client. Commissions began rolling in around the time Feen launched Atlantic Workshop on Chatham’s Main Street while moonlighting as a bartender. He met a lot of builders and eager homeowners; before long the junk he sought began finding him.

Today, Feen operates out of a studio in Orleans, where he retools aged furnishings and fixtures into one-of-a-kind family heirlooms. In his workshop, a lobster boat is reborn as an outdoor table and driftwood is fashioned into a chandelier and shaped into a showpiece mantel.

The artisan has expanded Atlantic Workshop into an educational opportunity, opening the barn to summer interns pursuing degrees in architecture and design. He teaches them the value of collecting raw materials directly from the community—and then giving them back. 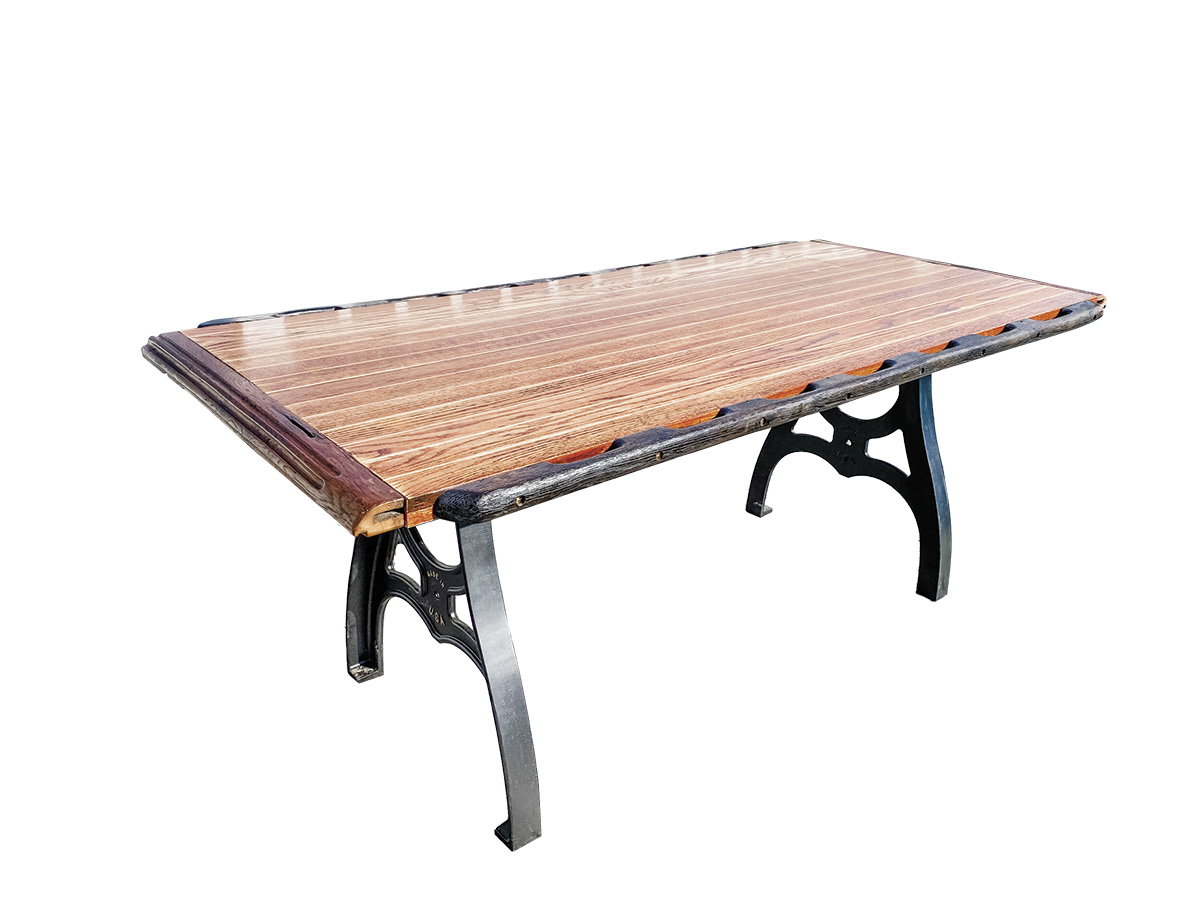