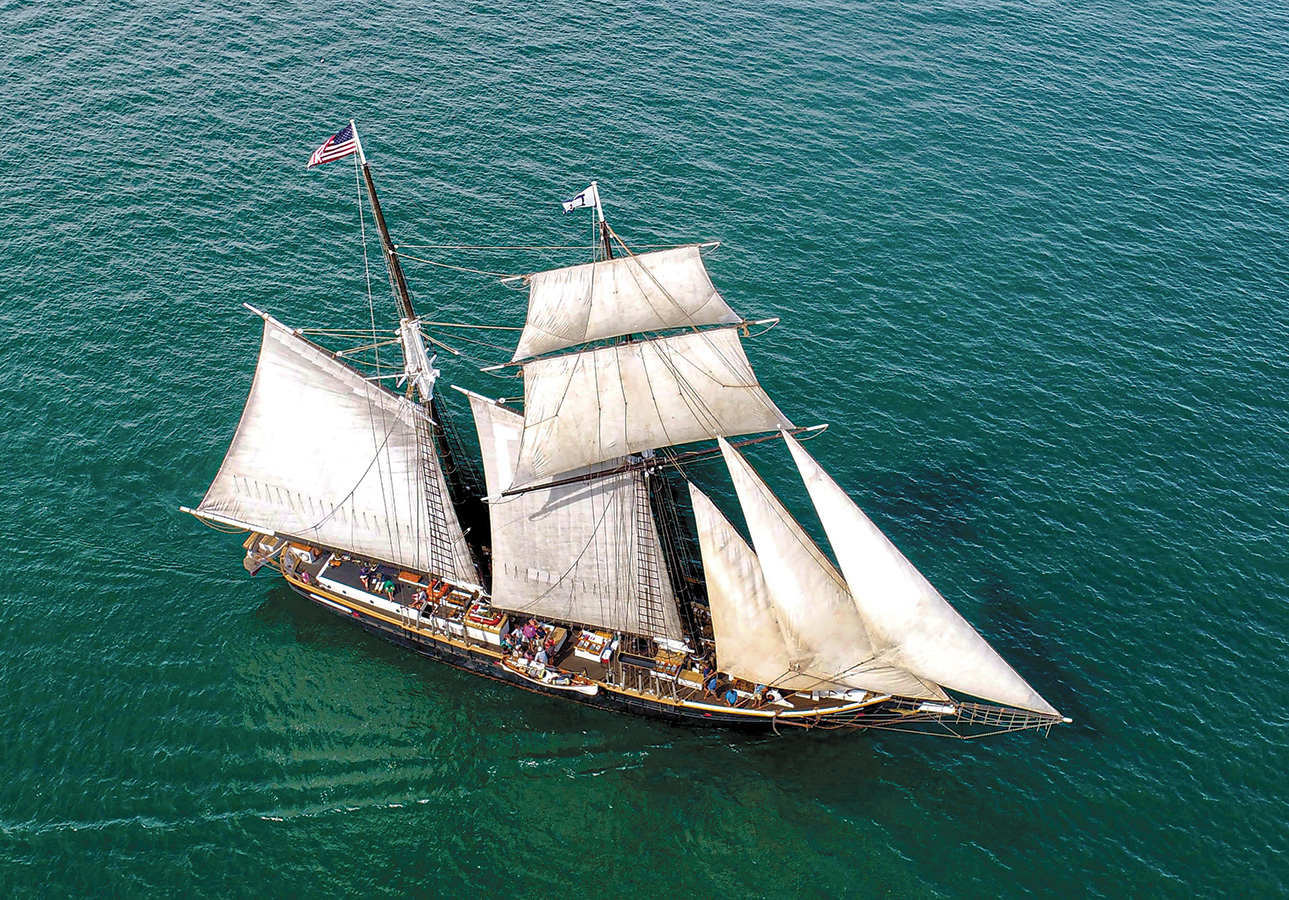 A Day in the Life

With a makeover behind her, schooner Shenandoah sets sail under new ownership.

When 32-year-old Bob Douglas first sailed his wooden ship Shenandoah into Vineyard Haven Harbor the summer after John F. Kennedy died, no one had ever seen anything like it.

His topsail schooner was indeed one of a kind. Douglas modeled Shenandoah after an 1849 revenue cutter and named her after his favorite song. She sailed at the command of the wind, had no engine, and was only the second schooner in the world built expressly to carry passengers.

Thousands of Shenandoah’s passengers over the decades have been children, many aboard a boat for the first time, perhaps the largest they would ever set foot on. Each trip promised crisp air, liberating wind, and adventure—experiences well outside the norm of a typical classroom.

During the 1980s, Douglas began welcoming students onto Shenandoah for a week on the water. These sea voyages were no day at the beach; there was work to do. Douglas taught them to hoist the sails, scrub the deck, keep their cabins tidy. Many kids couldn’t get enough and kept coming back summer after summer. 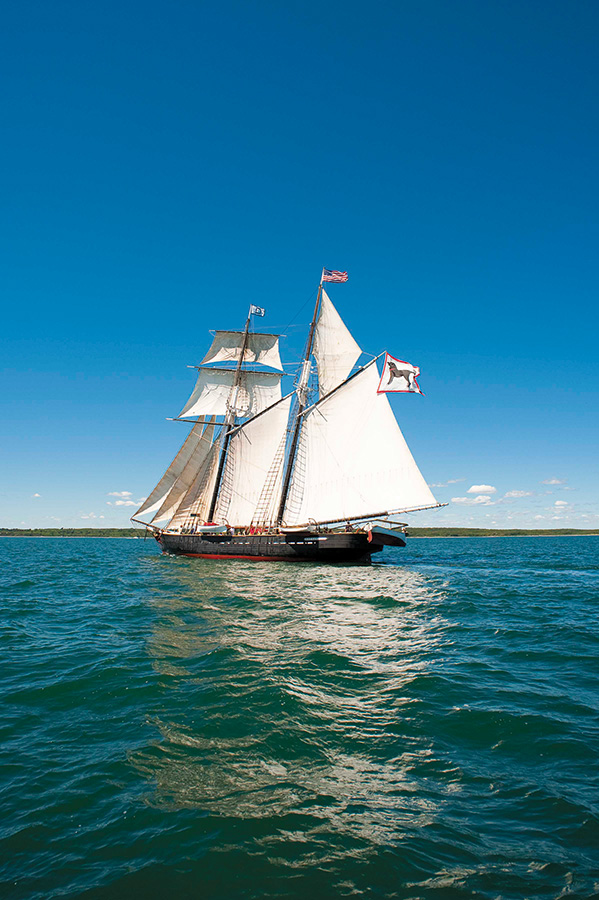 But in 2020, the pandemic upended Douglas’s 56-year streak as Shenandoah’s captain. His halted maritime program appeared doomed for good when the Coast Guard notified him that the ship would not pass inspection without significant repairs. He couldn’t afford the expense—but he wasn’t about to give up on the program.

At 88, Douglas (who also founded The Black Dog restaurant and resulting brand) handed his ship over to a nonprofit led by two former students: Casey Blum and Ian Ridgeway. The donation of Shenandoah to the Foundation for Underway Experiential Learning (FUEL) was contingent on the organization preserving the schooner’s educational legacy. And for that to happen, the boat needed a lot of work.

FUEL launched a campaign to raise $1 million, and in the meantime partnered with Mystic Seaport in Connecticut to rehabilitate Shenandoah’s c. 1964 stern. Peeling back the planks revealed more rot than expected. Shipwright Scott Gifford led the meticulous repair for months.

“I grew up seeing her sail all the time,” says Gifford. “I was very excited to work on her, being around her so much as a child. I never got the opportunity to go aboard, but whenever she was out sailing it was always a joy to see.”

“This is the first time she’s ever sailed under different ownership,” says co-founder and Executive Director Ian Ridgeway, 38, who first set sail on Shenandoah as a fifth grader.

FUEL teaches Douglas’s structural model of learning by doing. Because immersion is critical to that experience, phones and video games are banned. “Kids tell us all the time how much they enjoy being unplugged,” says Ridgeway. “It’s key to their development. It’s what they want.”

Now 90, Douglas remains involved in FUEL’s fundraising push to build a ship that will succeed Shenandoah. Ridgeway expects construction to begin on the new, slightly more modern Shenandoah 2.0 this year. He says $3.2 million is needed to build the hull and bring her home for the remainder of construction.

“To me, FUEL’s educational mission will always represent Captain Douglas,” says Ridgeway. “I’m proud to carry on his work. This is really something he created that we are now bringing forward.” 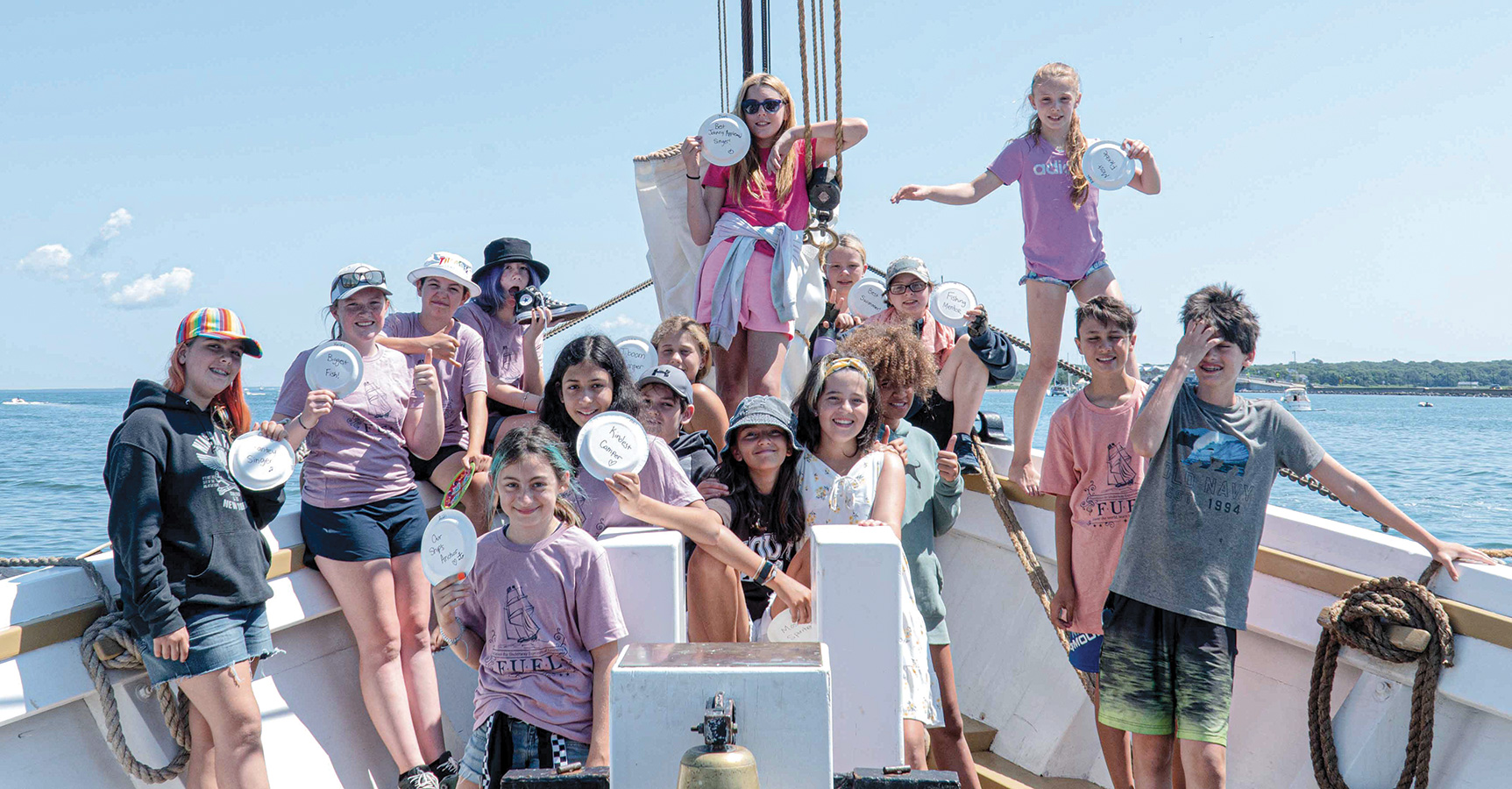 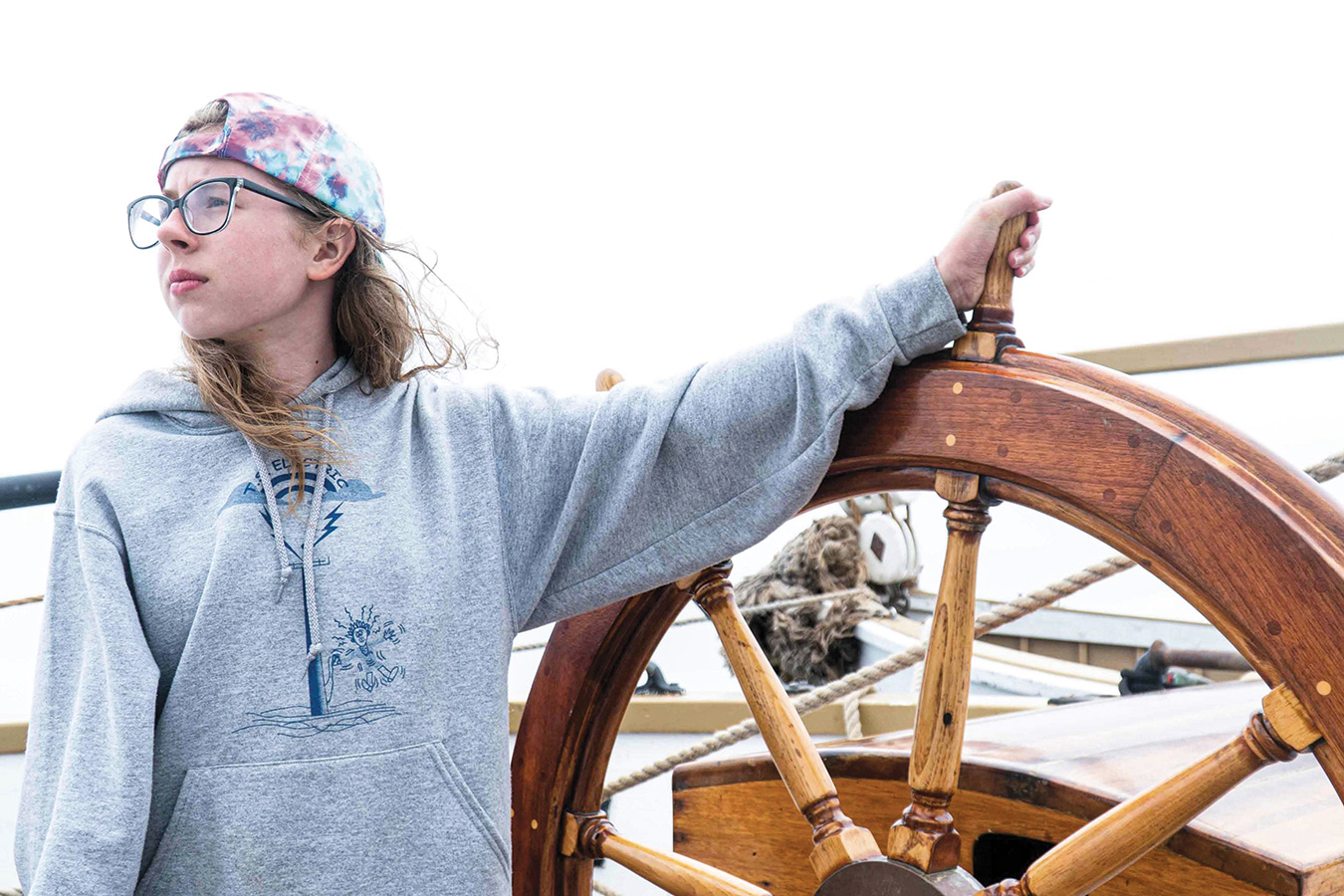 For more information on the program fuelprogram.org 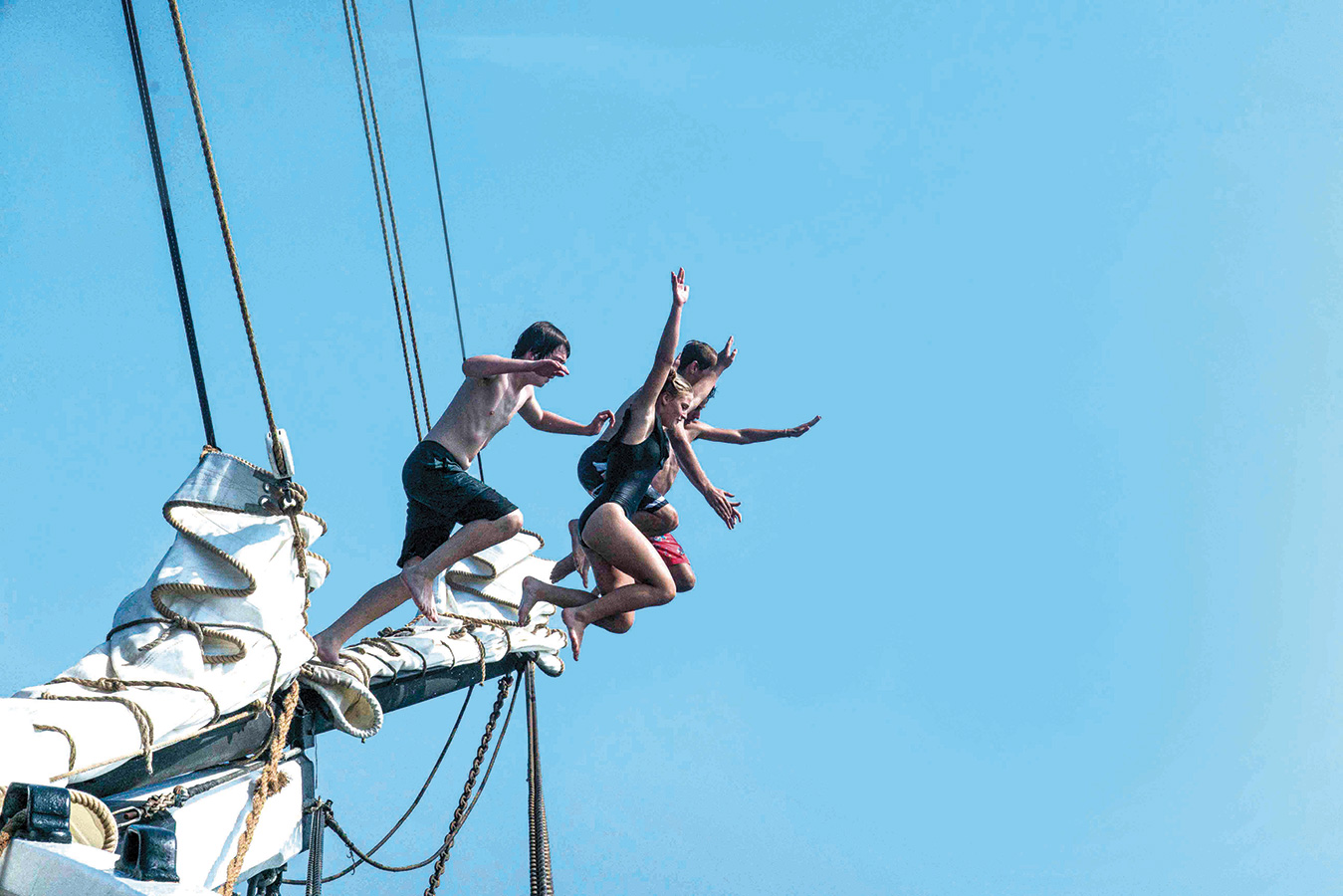 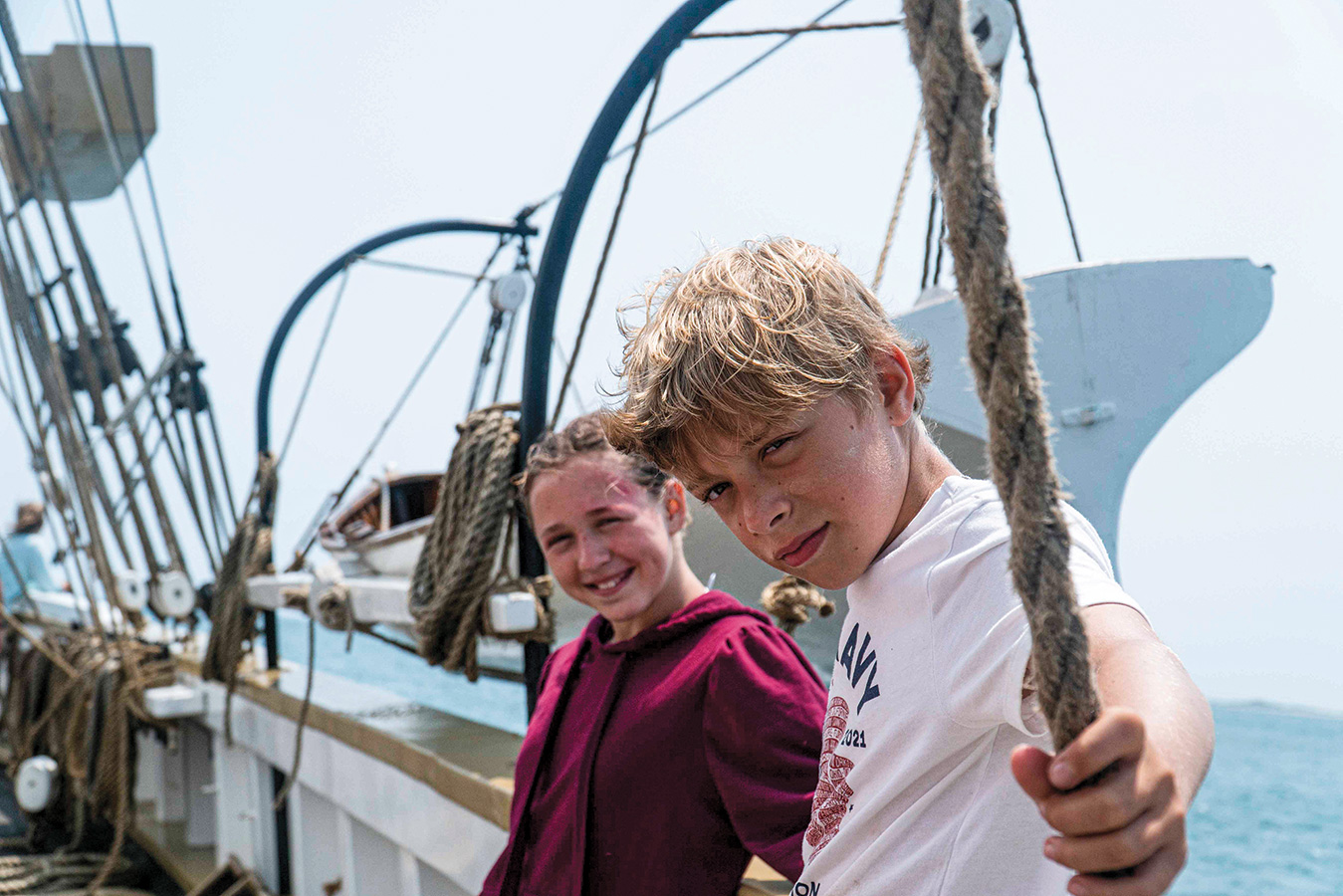