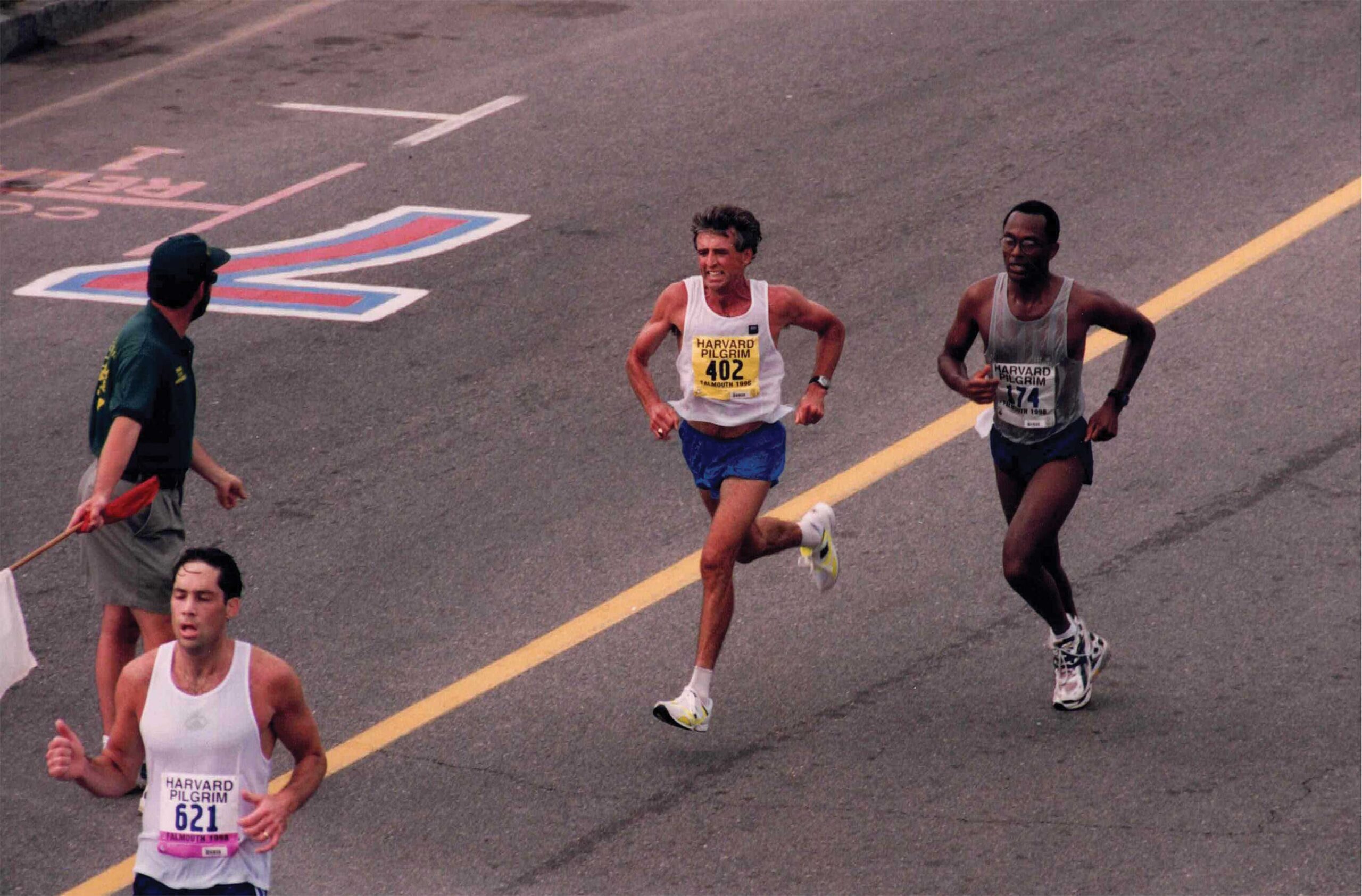 The seven-mile race, with thousands of runners, including world-class athletes side by side with other competitors, begins in Woods Hole and ends in Falmouth Heights.

Please avoid parking on private property. If you park close to a business that will be open, your car may be towed. Find parking information on the website www.falmouthroadrace.com

Prevent the spread of COVID… The race committee is following CDC, state, and local guidelines. Learn more on their website www.falmouthroadrace.com 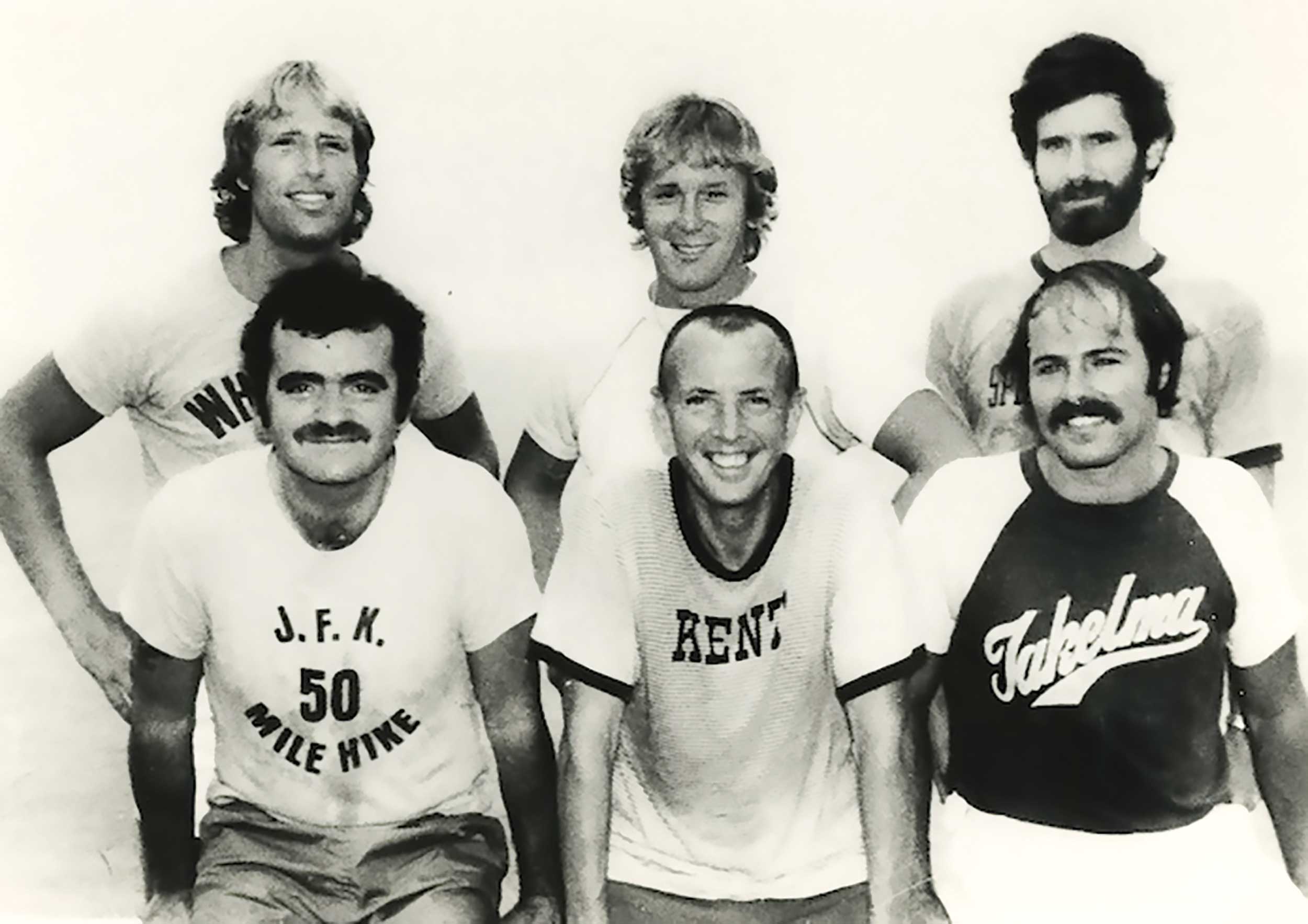 The inaugural race in 1973 was labeled a marathon, but the fun run bar to bar, from the Captain Kidd to the Brothers 4, was actually seven miles, not 26. Less than 100 gathered on a rainy Wednesday afternoon and the merriment lasted into the evening. It was humble beginning to what is now a signature race. 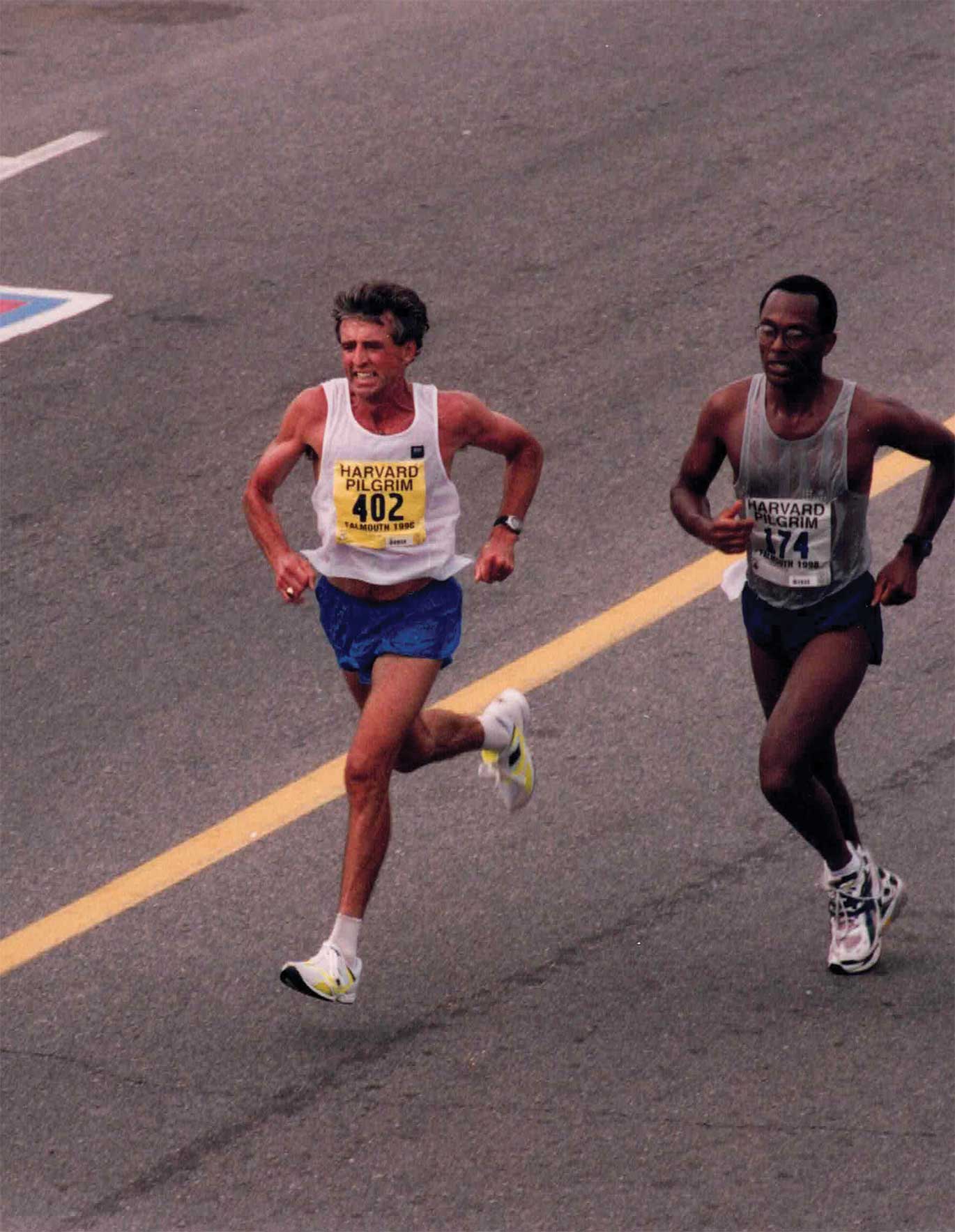 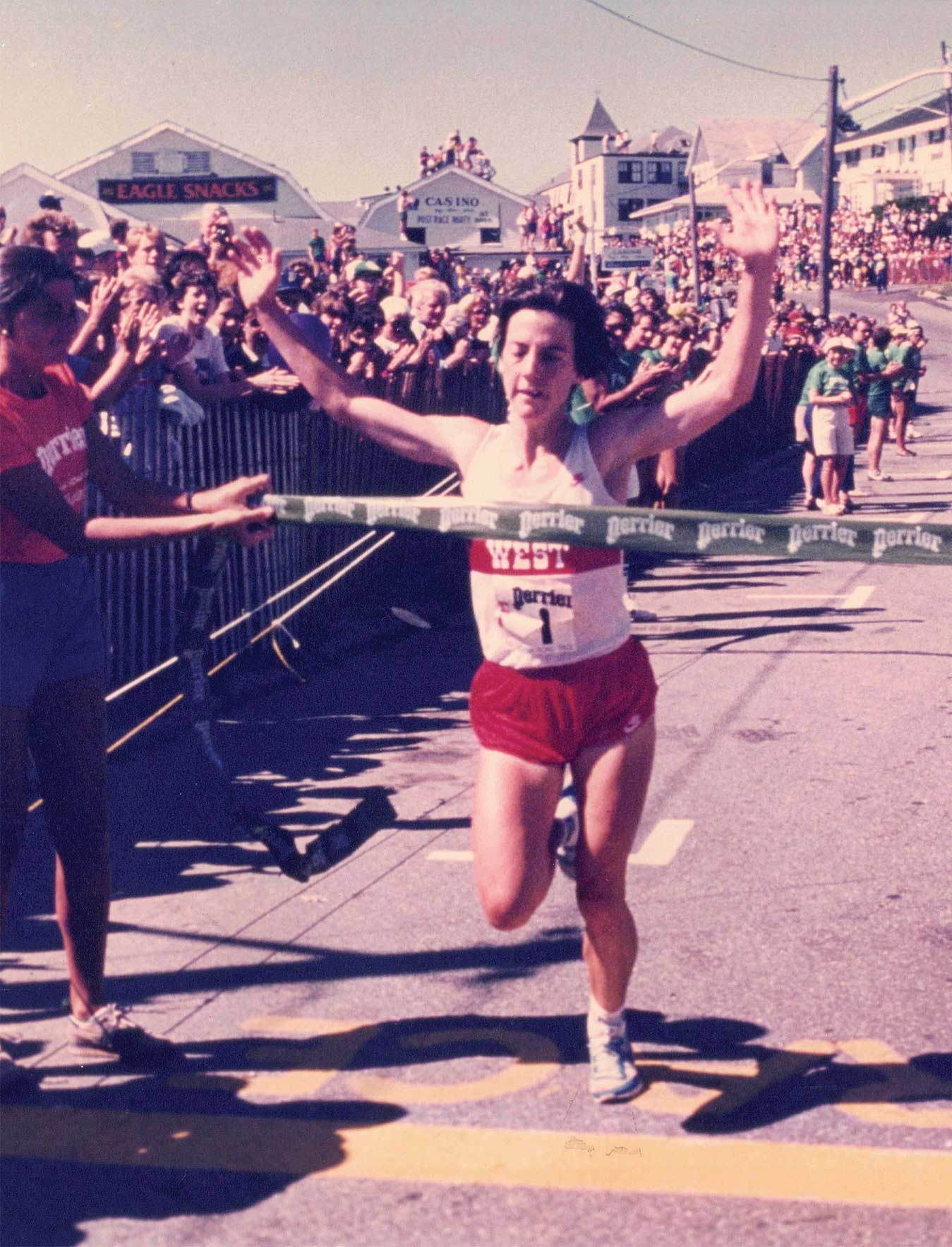 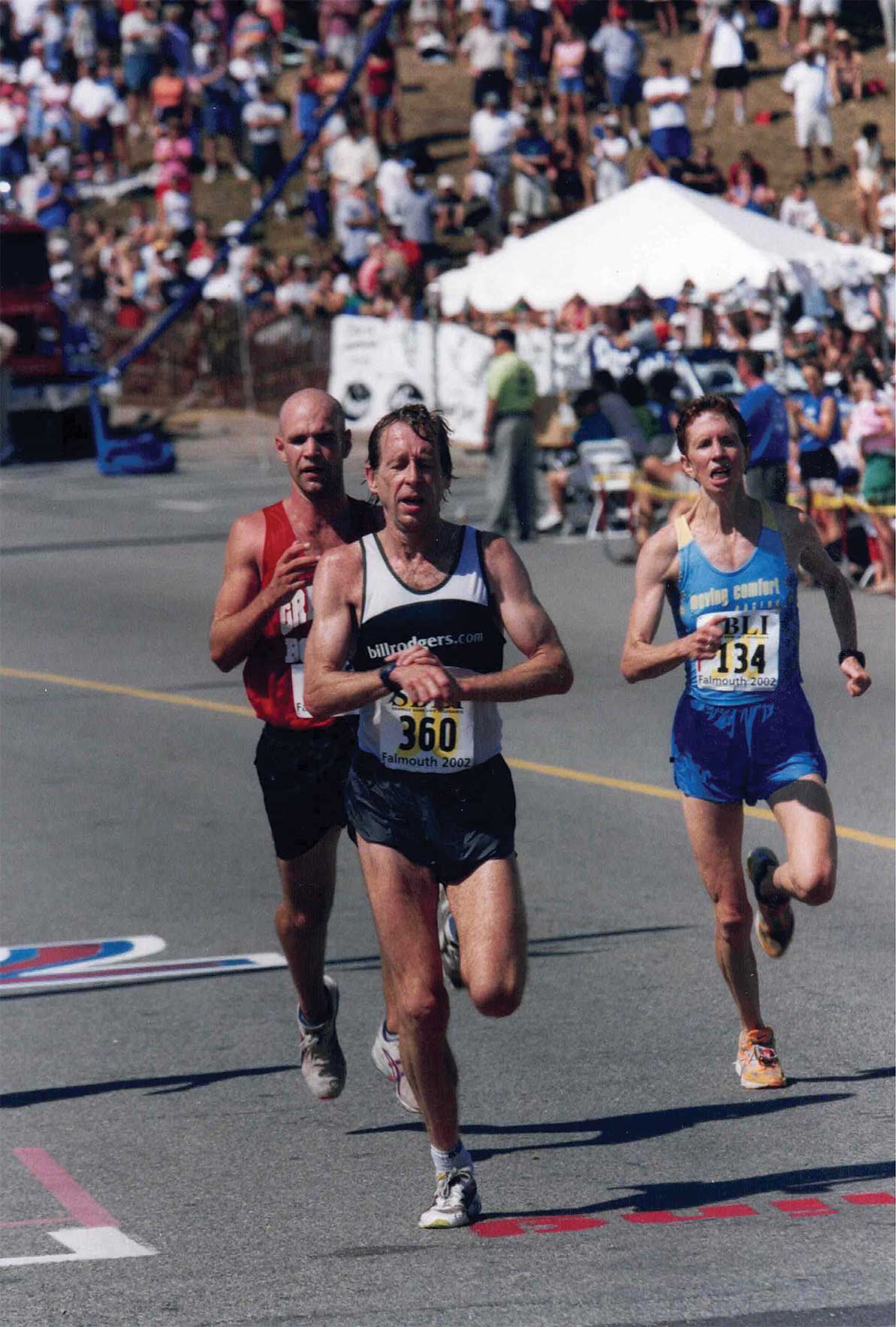 Frank Shorter and Bill Rodgers are 72. Joan Benoit Samuelson is 63. They are Hall of Famers and celebrated legends. The race committee is hopeful they’ll also be an important part of At Home 2020. Shorter, Rodgers, and Samuelson were at the forefront when Falmouth came of age. Rodgers won the second race in 1974, upstaging Olympian Marty Liquori, and became “Boston Billy” by winning the Boston Marathon in 1975. Later that summer, he helped recruit Shorter to Falmouth. Shorter’s gold medal marathon run at the 1972 Munich Olympics inspired Leonard to create this race as a fundraiser for the high school girls track team. With Shorter here in 1975, alongside Rodgers, the burgeoning running world took note. Shorter won the duel and beat Rodgers again in 1976. Rodgers won in 1977 and ’78. If Shorter and Rodgers are kings of the road, Samuelson is queen. The First Lady of Falmouth made her mark as a teenager in 1976 and went on to become a six-time champion. Samuelson stamped herself forever in the annals of the sport in 1984 by winning the first women’s Olympic marathon at the Los Angeles Games. 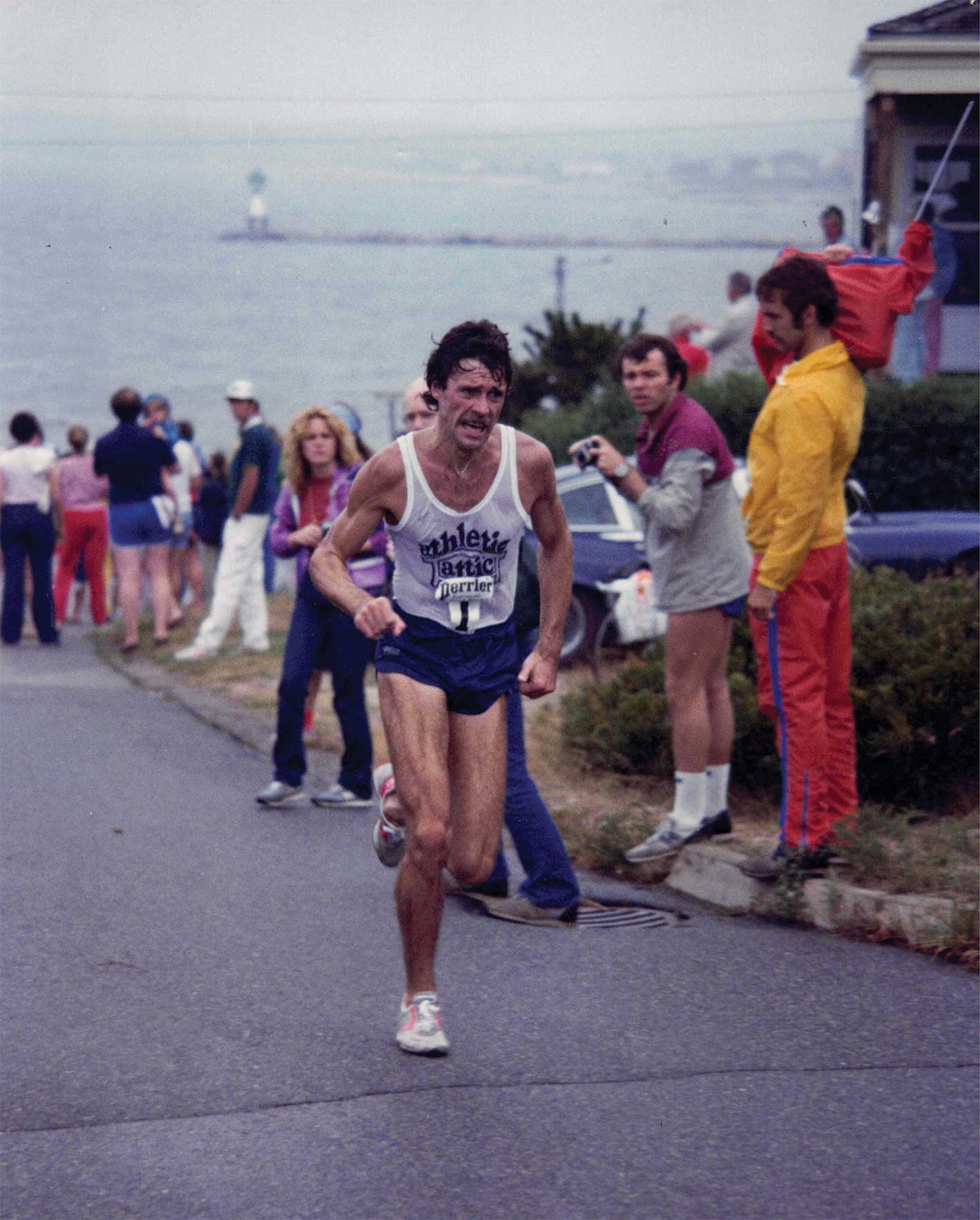 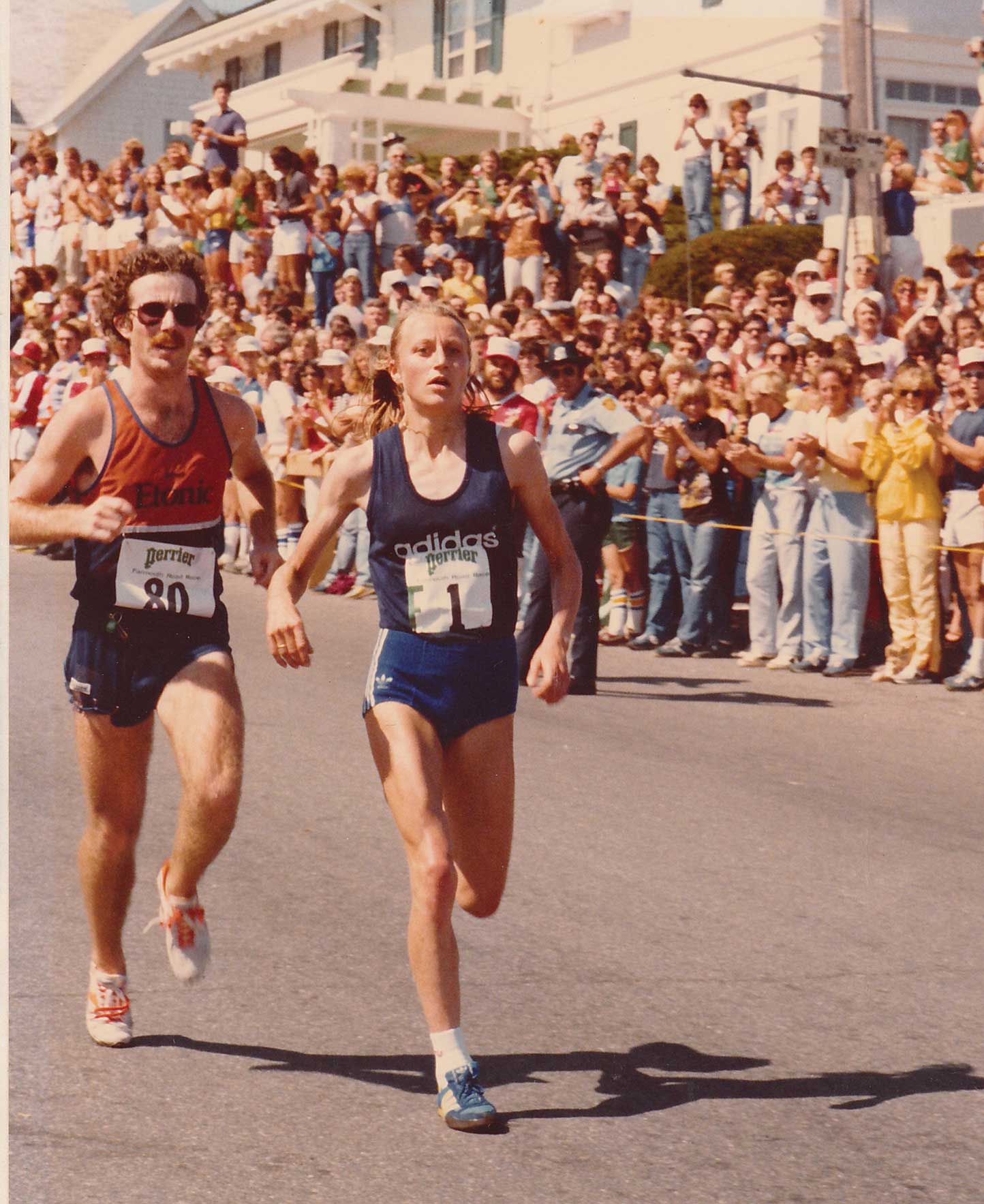 Falmouth began the decade of the 1980s with a well-established reputation. However, it officially became a global happening when Norway’s Grete Waitz and New Zealand’s Rod Dixon were the first international champions in 1980. As nations boycotted the ‘80 Summer Olympics to protest the Soviet Union’s invasion of Afghanistan, Falmouth proved a perfect alternative and Waitz and Dixon were worthy champions. Waitz was only 57 when she died of cancer in 2011. Dixon, now 70, was one of the most versatile runners ever, an Olympic medalist at 1,500 meters and a New York City marathon champion. 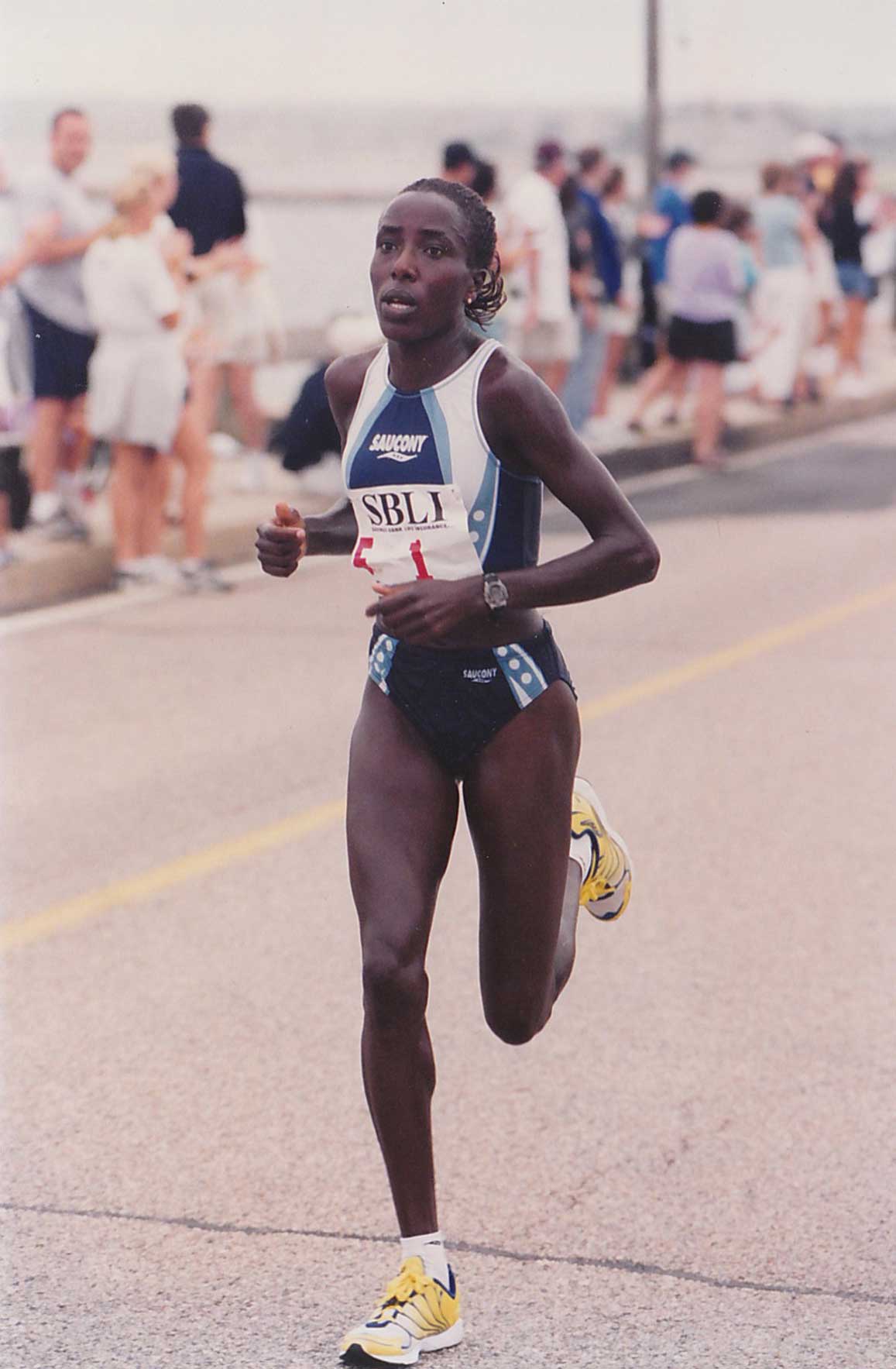 The foreign flavor continued in 1983 when Joseph Nzau of Kenya was the men’s champion. This signaled the start of domination by East Africans. Since Nzau’s victory, 22 Kenyan men and 16 Kenyan women have been victorious. Kenyans still hold both course records: Gilbert Okari set the men’s mark of 31:08 in 2004 and Lornah Kiplagat’s 35:02 in 2000 is the women’s standard. As for Nzau, he returned in 1987 but dropped out midway through. He tried to hitch a ride from the pace car but was left to find his own way to the finish. 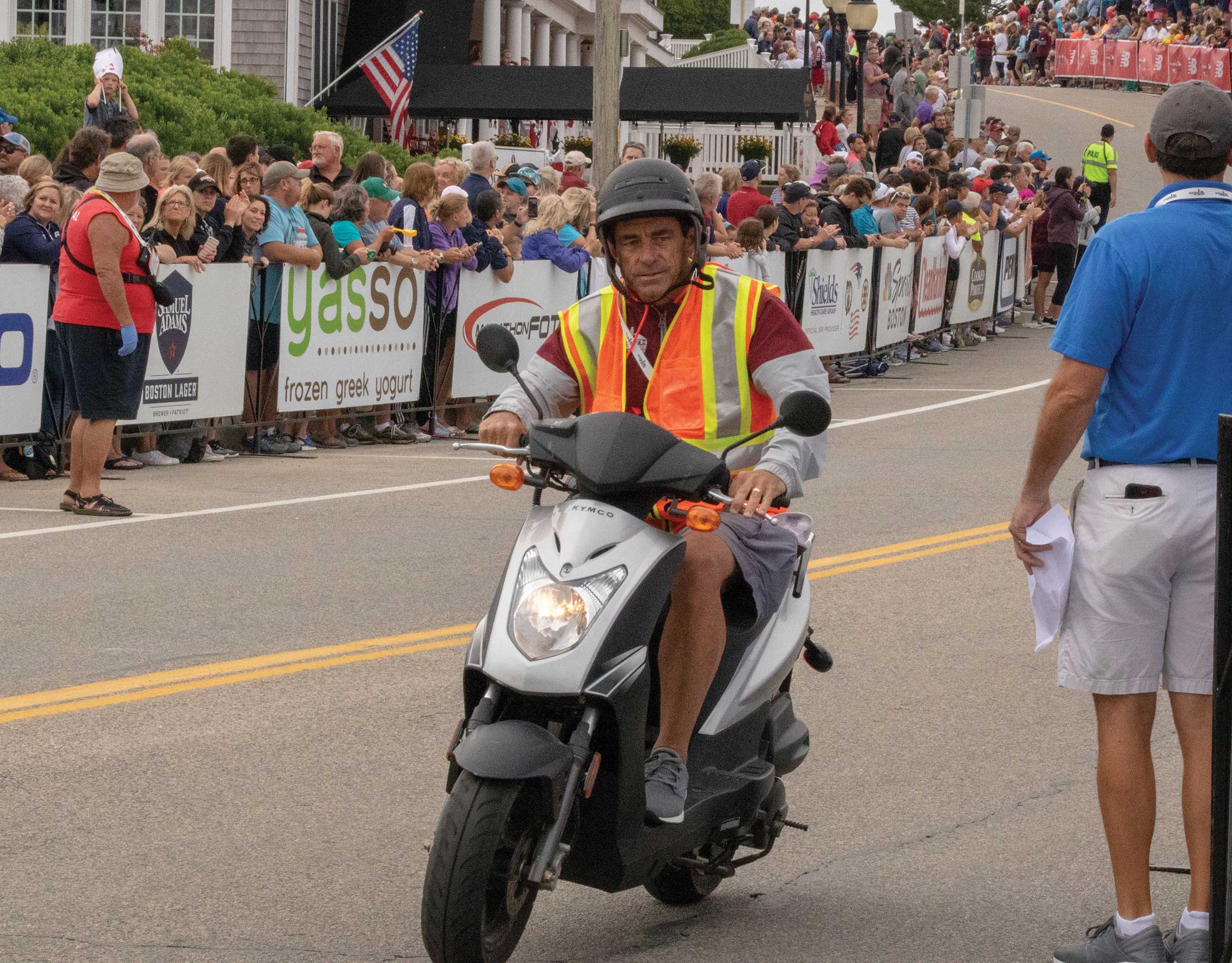 The resume of race director Dave McGillivray includes author, motivational speaker, accomplished endurance athlete, and philanthropist, helping raise more than $50 million. He’s also the Boston Marathon director. He sees his role in Falmouth as conductor of a finely tuned orchestra and caretaker of tradition. Given the extraordinary circumstances of the pandemic, McGillivray and his team have the rare opportunity to enjoy Falmouth 2020 “At Home” as participants. And looking to 2021 and beyond? “The comeback is always stronger than the setback,” he says. 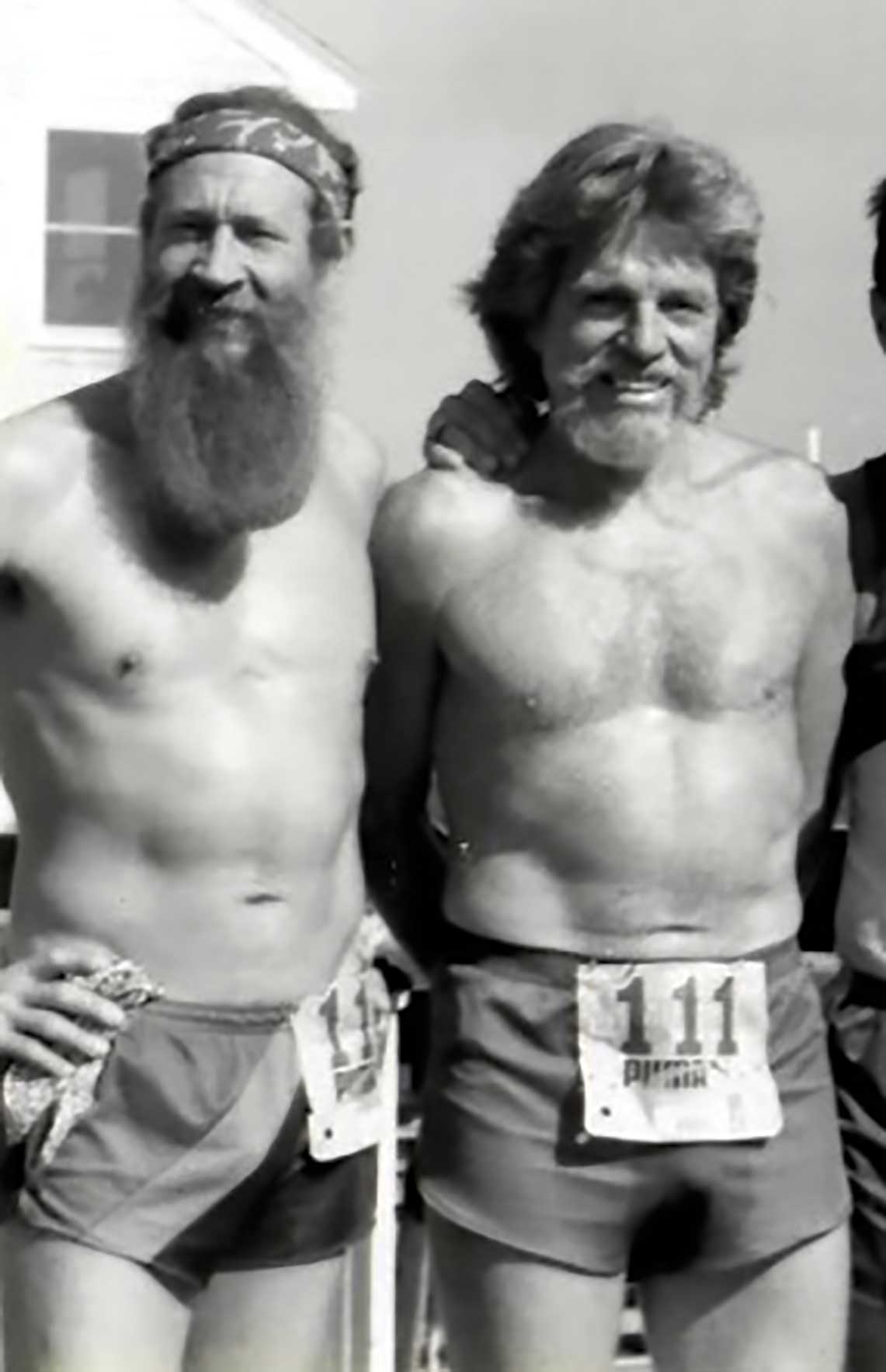 Now more than ever, Falmouth remains true to its roots as a run for all comers. Brian Salzberg, distinguishable by a long, gray beard, is a 77-year-old professor of neuroscience at the University of Pennsylvania. Despite nine surgeries, including three craniotomies for benign brain tumors, he’s one of only four to finish all 47 races. He plans to run again, virtually of course.

Tommy Leonard, who passed away in 2019, will always be the emotional heartbeat of Falmouth so beginning the At Home Edition on his birthday is appropriate. His impact of selflessness endures. T.L. started the Falmouth Walk in 1991 with friend Eddie Doyle in 1991 to support local charities. The 2020 Walk will also be held virtually. And plans continue for an old Falmouth inn to be restored into an “At Home” vacation haven for families and kids coping with cancer. It will be called Tommy’s Place.