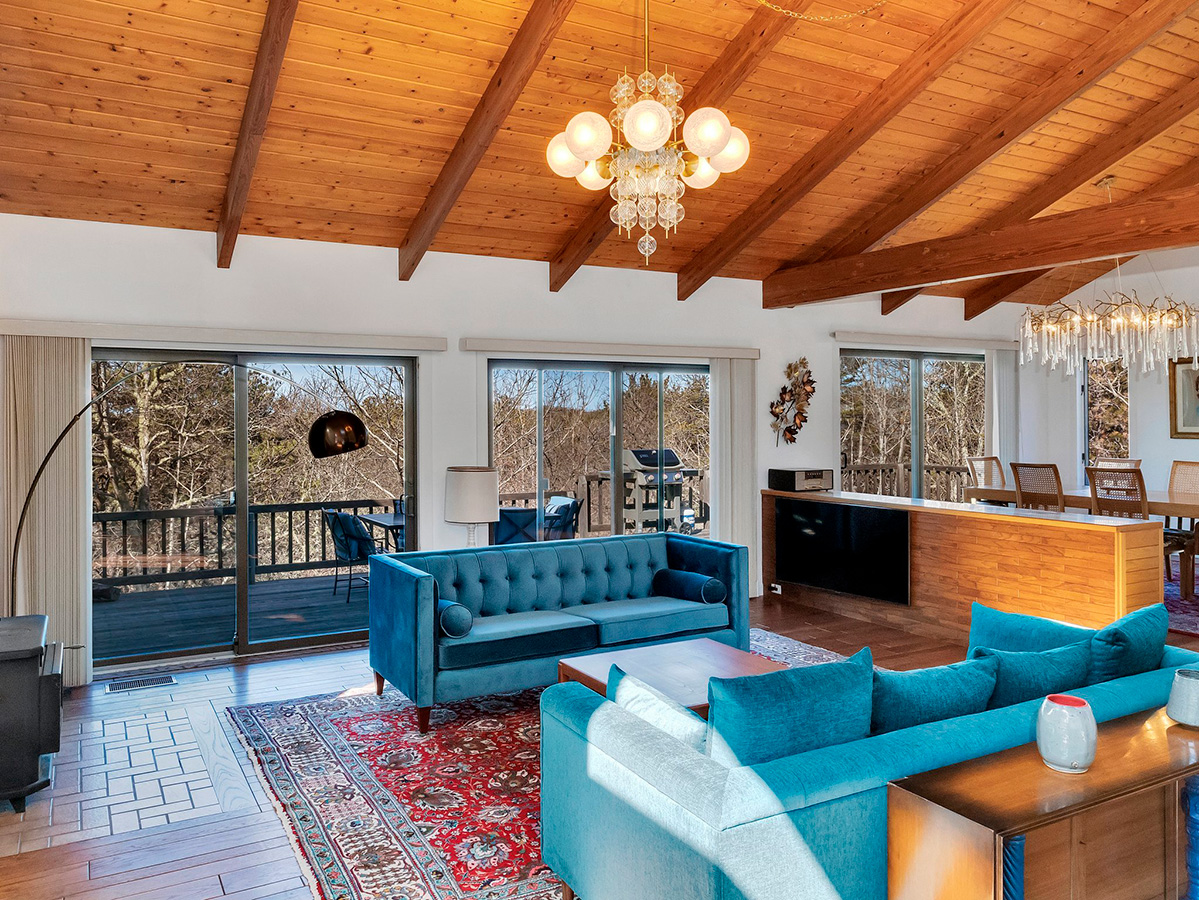 Throughout her career as lead singer of the iconic band The B-52s, Kate Pierson has laid her trademark bouffant down in countless hotels, motels, and “no-tells” while on tour. Those experiences—from luxurious to cringe-worthy—inspired Pierson and her wife, artist Monica Coleman, to embark on a side hustle of sorts offering unique lodging accommodations.

In 2003, they developed Kate’s Lazy Meadow, a retro motel complex consisting of nine “atomically designed” mid-century modern suites on Esopus Creek in the Catskills of New York. Across the country on the West Coast, the couple added Kate’s Lazy Desert, a glamping destination featuring six vintage Airstream trailers in the Mojave Desert. While they recently sold the Catskills motel, they continue to rent out Kate’s Lazy Cabin, a rustic 1930s cottage in Lake Hill, New York.

This past summer, Pierson and Coleman opened Kate’s Lazy Cape, a vacation home in Truro that’s “not like any other beach house on the Cape.”

Fresh from the sale of Kate’s Lazy Meadow, the couple had every intention of downsizing as they sought a milder climate—milder than the Catskills—in which to spend their winters. Coleman’s fond memories of the Cape during her youth ultimately led the pair to Truro. After much searching during the winter of 2021, they eventually found a private compound with living quarters as well as a pottery studio for Coleman and a space for Pierson’s music-making.

“I’ve never lived by the sea,” Pierson points out, “but I love living by the water. We’ve lived by lakes, streams, and ponds. I could not believe how magnificent it is here.” 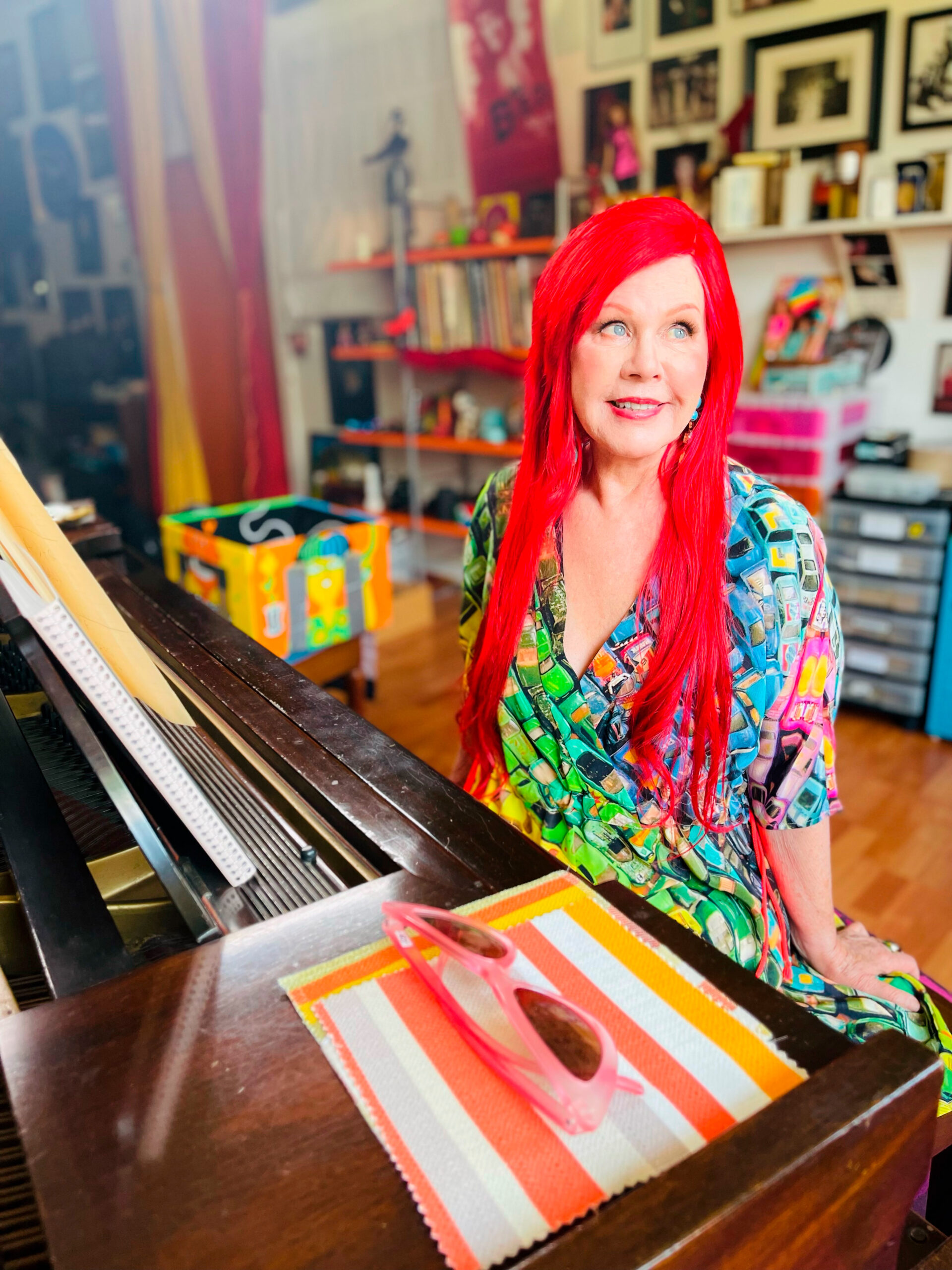 What happened next could be considered a case of life imitating art. Just as in the opening lyrics to the band’s hit “Love Shack,” the couple spotted “a faded sign at the side of the road,” Pierson says. This sign read: “For Sale by Owner.”

Even though Pierson and Coleman had been intent on downsizing, they could not resist the opportunity to offer a vacation rental property so near to their new home. They loved its spacious interior, the secluded setting surrounded by towering pines, and the proximity to a private beach, three-tenths of a mile away.

“We met with the owners and sat on their porch and gabbed for hours,” Pierson recalls. “Monica wrote the deal on the back of a lobster bag and the house was ours.”

“The house was in great condition. All we really had to do was decorate,” says Pierson.

Much of the décor comprises local treasures, including a set of bronze lion statues that Pierson and Coleman collected from the P-town Swap Meet. The two spectacular chandeliers were purchased at auction, and the kitchen cabinets are stocked with Coleman’s handmade dishes and bowls.

“The location is ideal,” the singer contends. “You have the beautiful nature and serenity, and then it’s 10 minutes to Provincetown, where there’s plenty of action.”

While Pierson notes that she and her wife are still acquainting themselves with the area, they’ve already discovered some favorite local restaurants, including Montano’s in Truro and Moby Dick’s in Wellfleet. They also enjoy roaming the various beaches with their dog, Loki.

Kate’s Lazy Cape is available for weekly rentals with a maximum occupancy of six people. For additional information, visit lazymeadow.com/lazy-cape-ma. 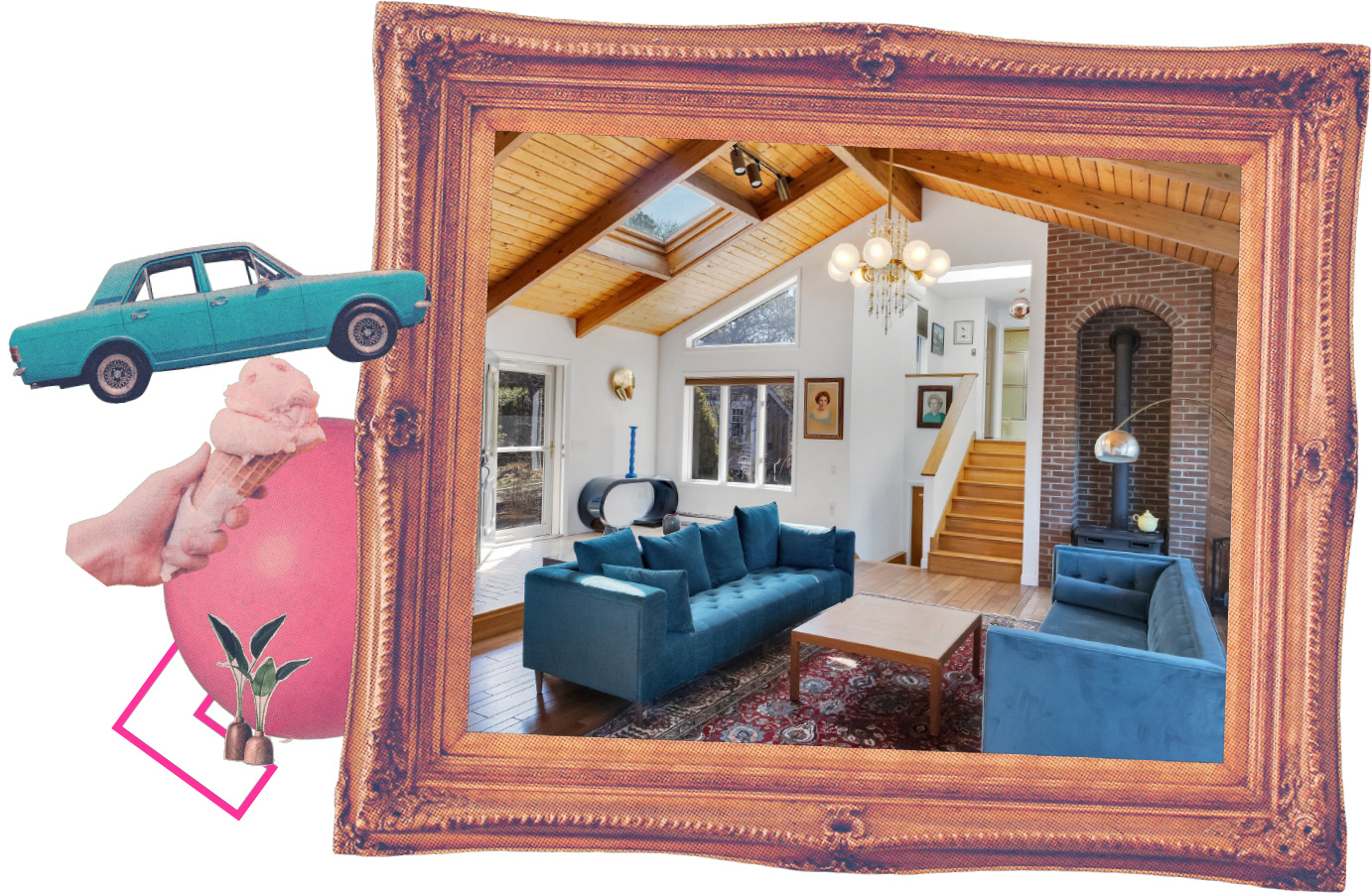