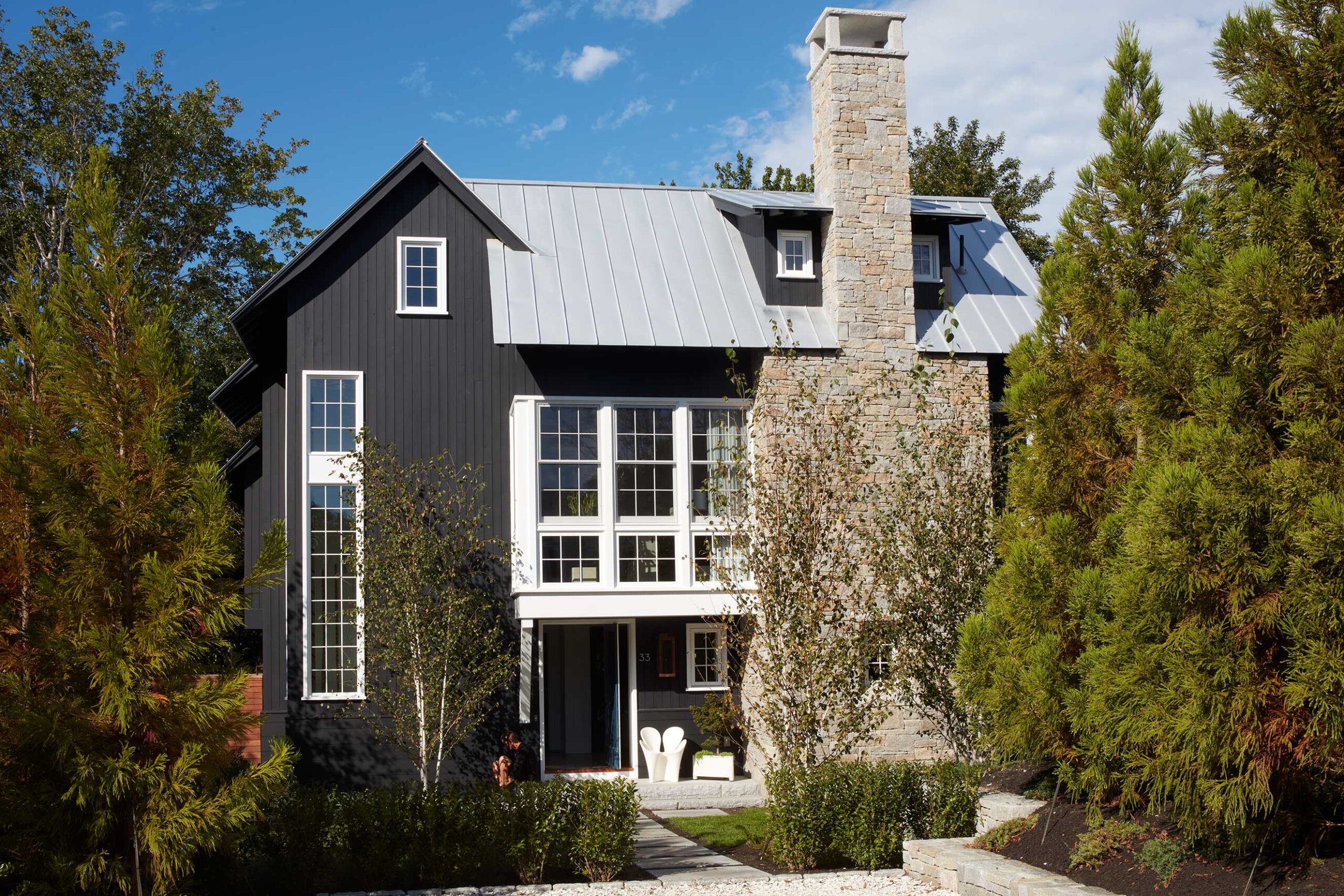 Out of respect for the land, a designer’s three-story home is built up in the trees.

Designer Ray Booth and his husband, John Shea, were enjoying their vacation in Provincetown when they started to wonder what it would be like to have a house there. “We fell in love with the architecture, the rich history of the area, and the arts scene that exists there,” says Booth. “It just felt like there was a little bit of everything—it was gay, straight, black, white, purple, and it offered a rich diverse experience for this teeny tiny, town at the end of the Cape.”

Booth, a principal at architecture and design firm, McAlpine, originally wanted to buy a house. “We had designed our house in Tennessee, so we were really looking to move into something,” he says. Unfortunately, their search proved fruitless. “We looked and nothing was exactly right,” he says, which led them to a lot of land at the end of a shell driveway.

The plot had never been built on, which was a plus, but when they arrived at the site, it was overgrown with briars and completely inaccessible from the road. “It was nothing you’d want to buy,” he says. “We went back to the place we were staying feeling discouraged.”

Later, Booth decided to check the address on Google maps, where he noticed a fire road that skimmed the back of the property. “I rode my bike over at the very end of the afternoon, and there were no briars, I walked right up to the property, which was surrounded by wetlands and trees,” he says. “The light was setting to the west and it was coming in horizontally through these mature maple trees. There was this moment and I knew I found something that could be something special for us.” 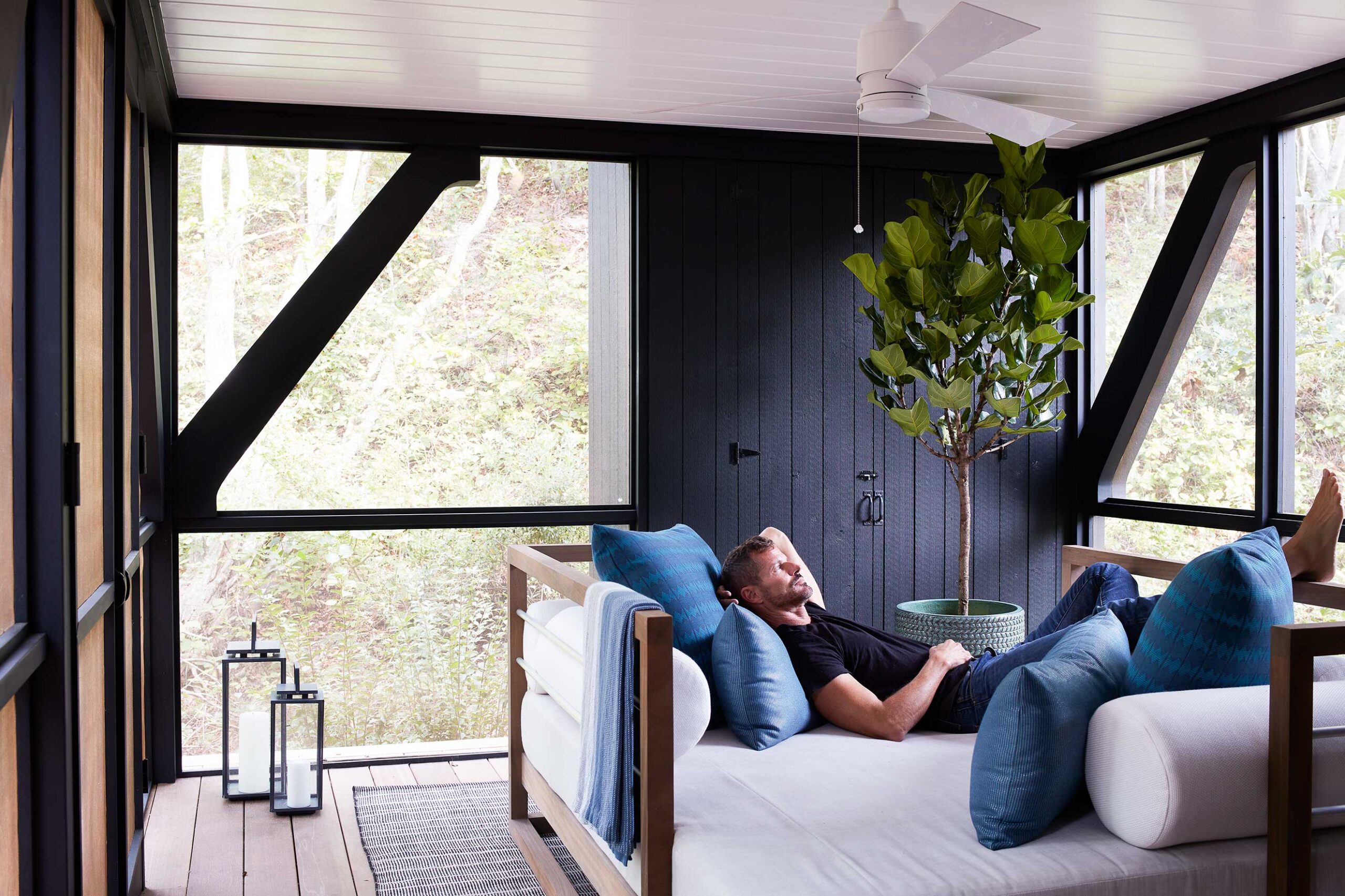 ”I rode my bike over at the very end of the afternoon, and there were no briars, I walked right up to the property, which was surrounded by wetlands and trees. The light was setting to the west and it was coming in horizontally through these mature maple trees. There was this moment and I knew I found something that could be something special for us. 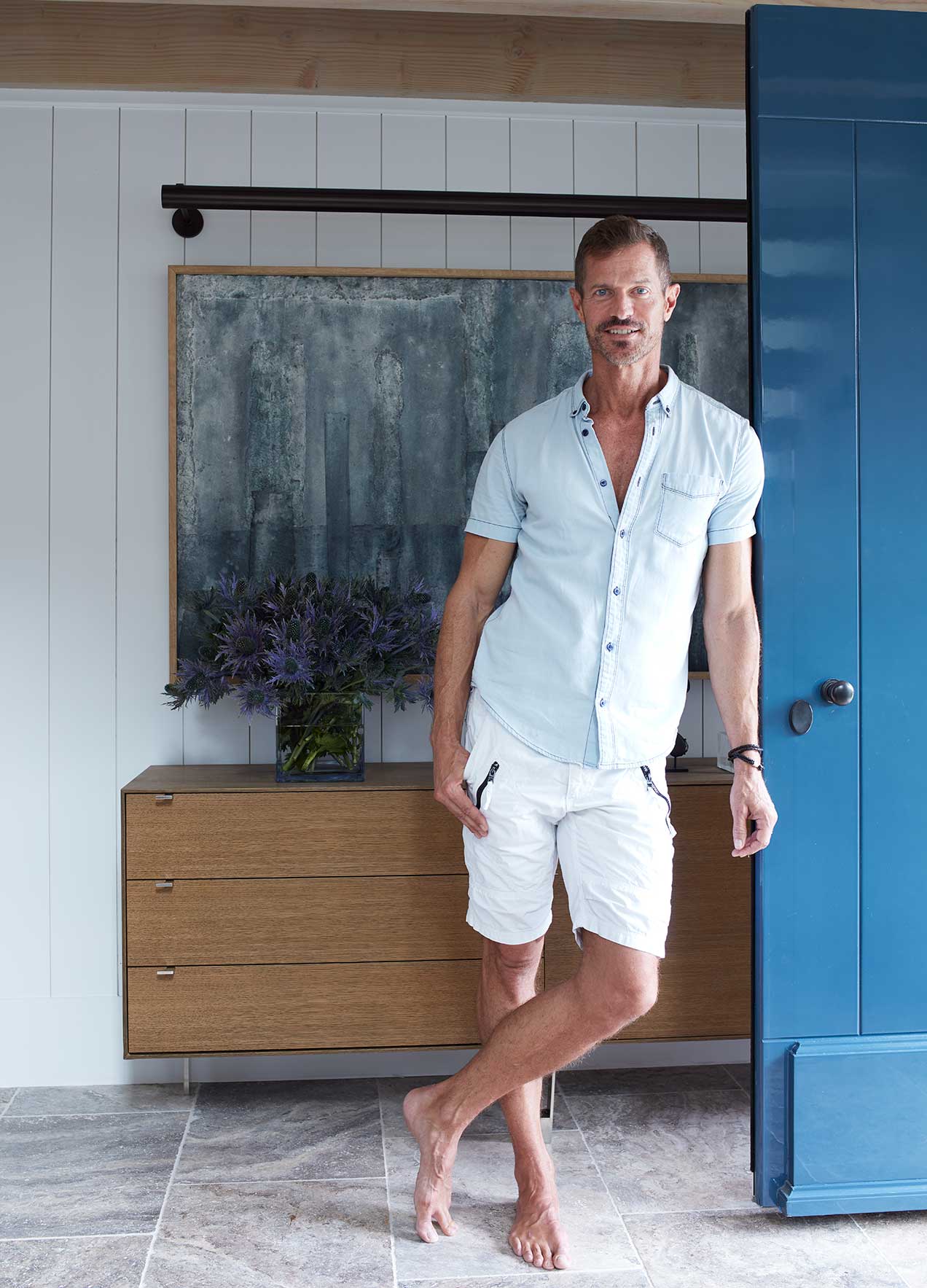 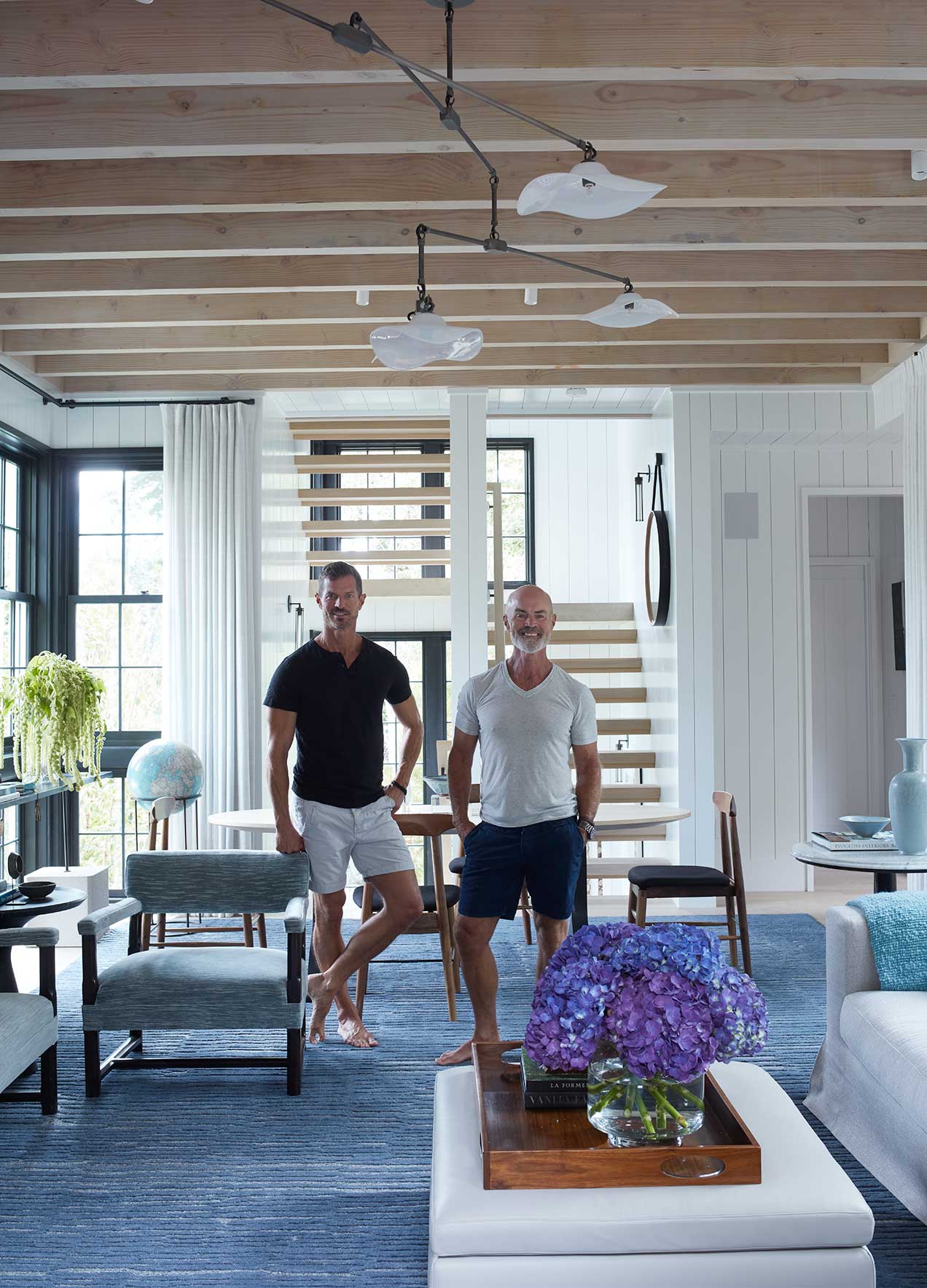 Locking in an untouched piece of land in historic Provincetown was special, but given the location, the land came with strict zoning laws. Booth worked with Mark Kinnane and his team at Cape Associates to build up—constructing a three-story, 2,700-square-foot house that fit the bill of the homeowners while also fitting into the defined parameters of the property. “The project was kind of like a jigsaw puzzle, but we got the right pieces in the right places,” says Kinnane. The native ferns and an old maple were the inspiration for much of the home’s footprint and layout. “The form of the house was derived out of respect for land and need to build as far from the vegetated wetland as possible and we wanted to enjoy the beautiful maple tree,” says Booth.

The first-floor ceiling heights were capped at 7.5 feet to make space for ten-foot-high ceilings on the second floor and main living space. Floor-to-ceiling windows invite dappled sunlight and frame the surrounding ferns and trees. To take advantage of the woodsy location, there are six decks and four of them are screened in. “They are great places to sleep and also read, especially on rainy days,” says Booth. 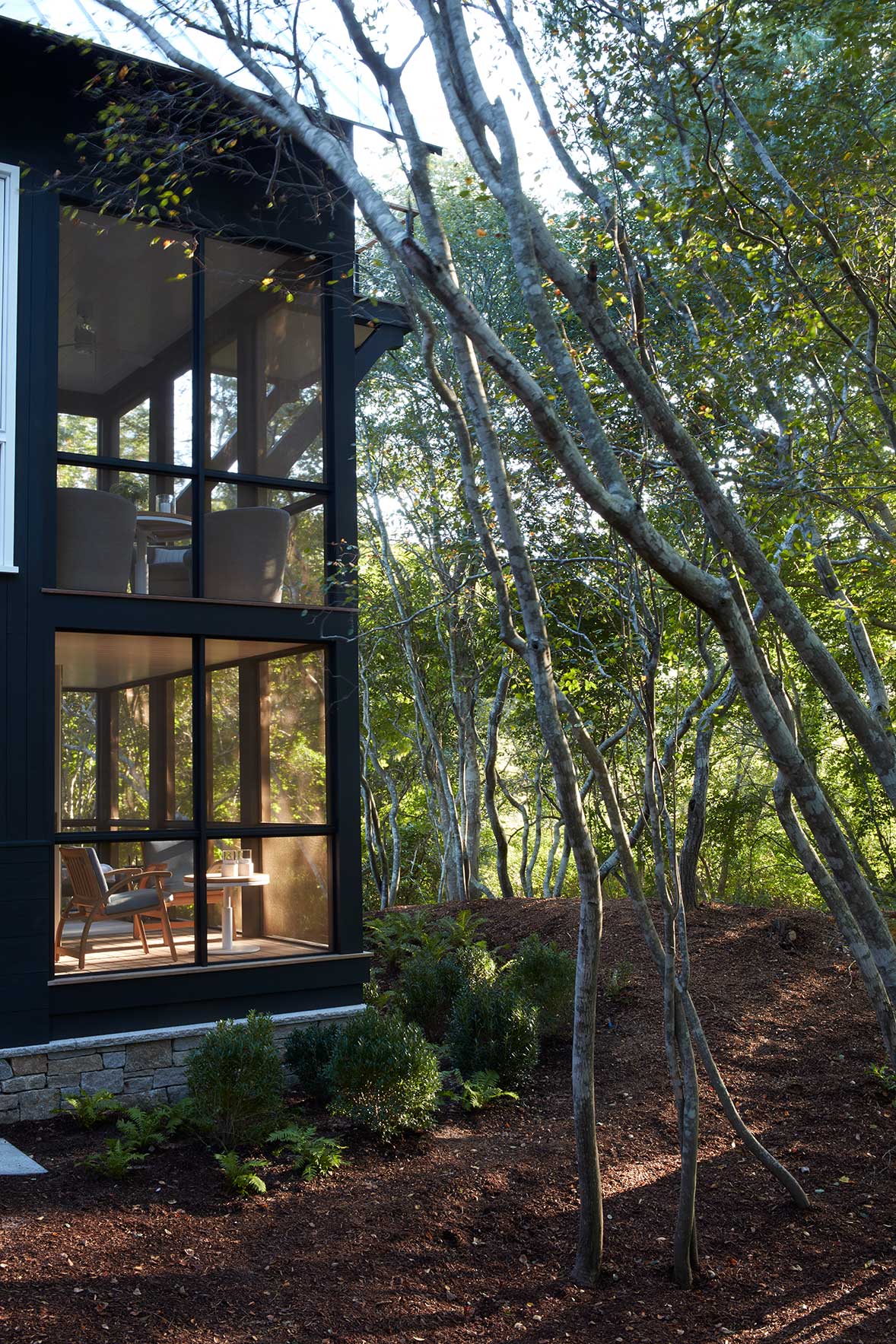 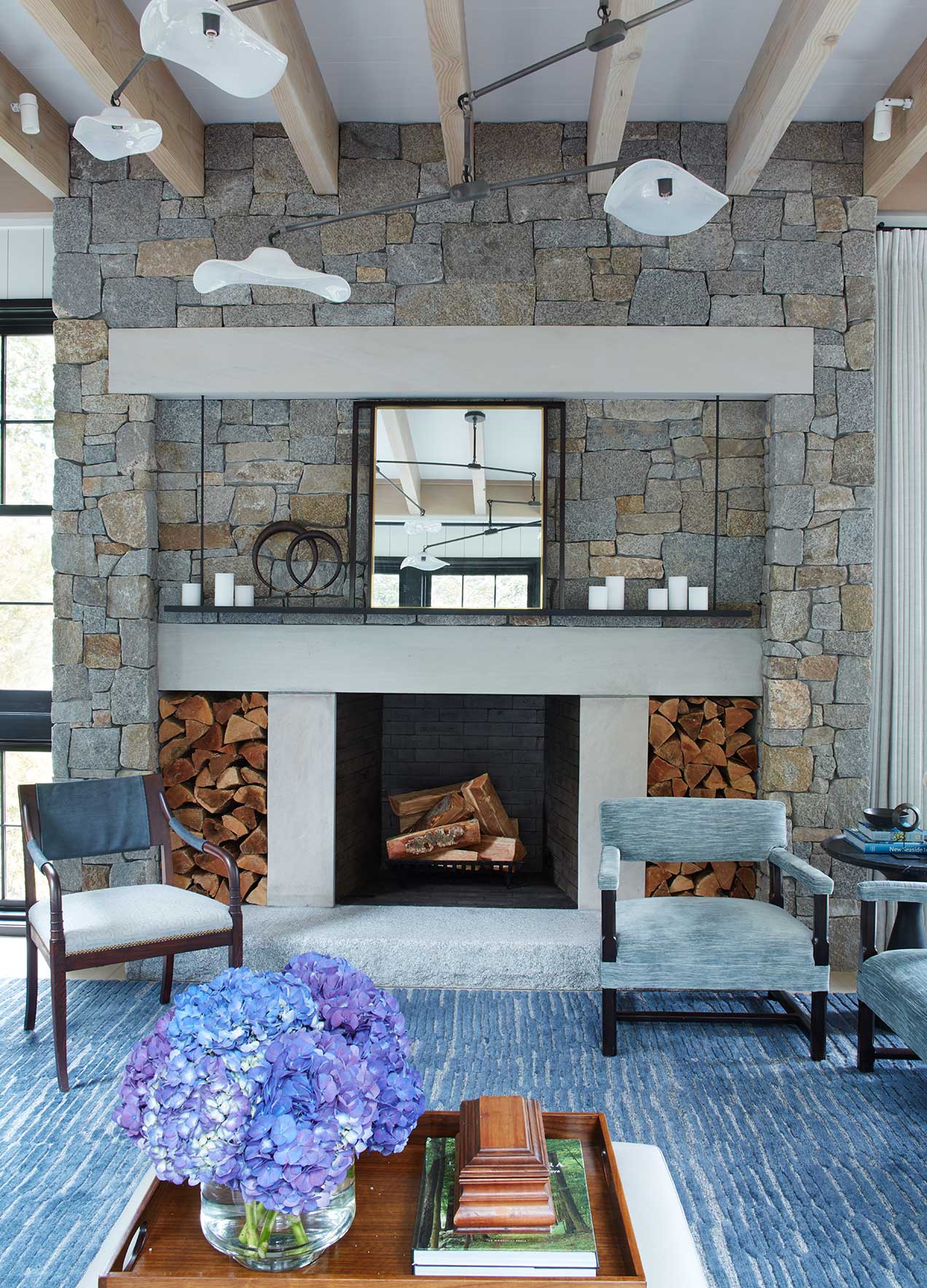 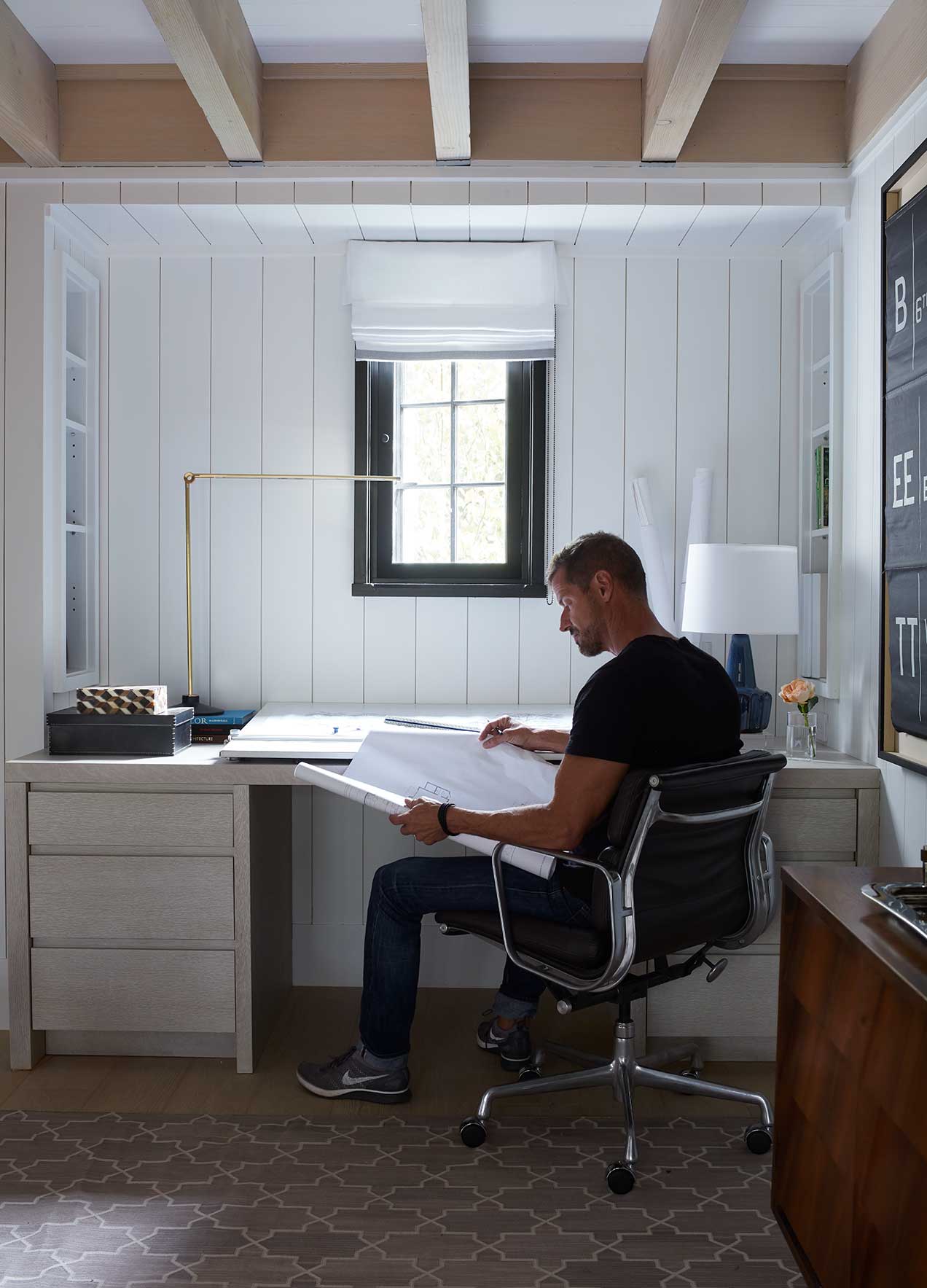 Inside, exposed Douglas fir beams were weathered to resemble driftwood and the European oak floors are finished in Dune to mimic sand under the homeowners’ feet. Yet, Booth admits that while there are hints of coastal influences, most are subtle. “We are beach bums, and we are at the beach every day we are there,” he says. “We don’t need more beach than that.”

The staircase ascends three levels and was constructed with solid oak treads bolted into the framing to give the appearance of floating and to have more opportunities for natural light. For cooler nights and for the holidays that the couple plans to spend in Provincetown, there’s a three-story granite chimney.

The exterior is painted black, a departure from the typical shingled cottages of Cape Cod, but the darker shell provides additional cover. “I wanted the house to go dark and fall into the shadows and be a quiet house at the edge of the woods here,” says Booth. The 60-inch-wide front door is a pop of color painted high-gloss blue, and pivots on a hinge. “Having the shorter, wider door was a way of creating a welcoming gesture to the house,” says Booth.

While Booth and Shea spend a lot of their time on the area’s sandy beaches, there are other gems that they’ve discovered in town. “The town offers so much,” he says.  “We go to restaurants and galleries. We love that we can get on bikes and tool around downtown or head to the bike trail. We have found a lot of joy on the Cape.” 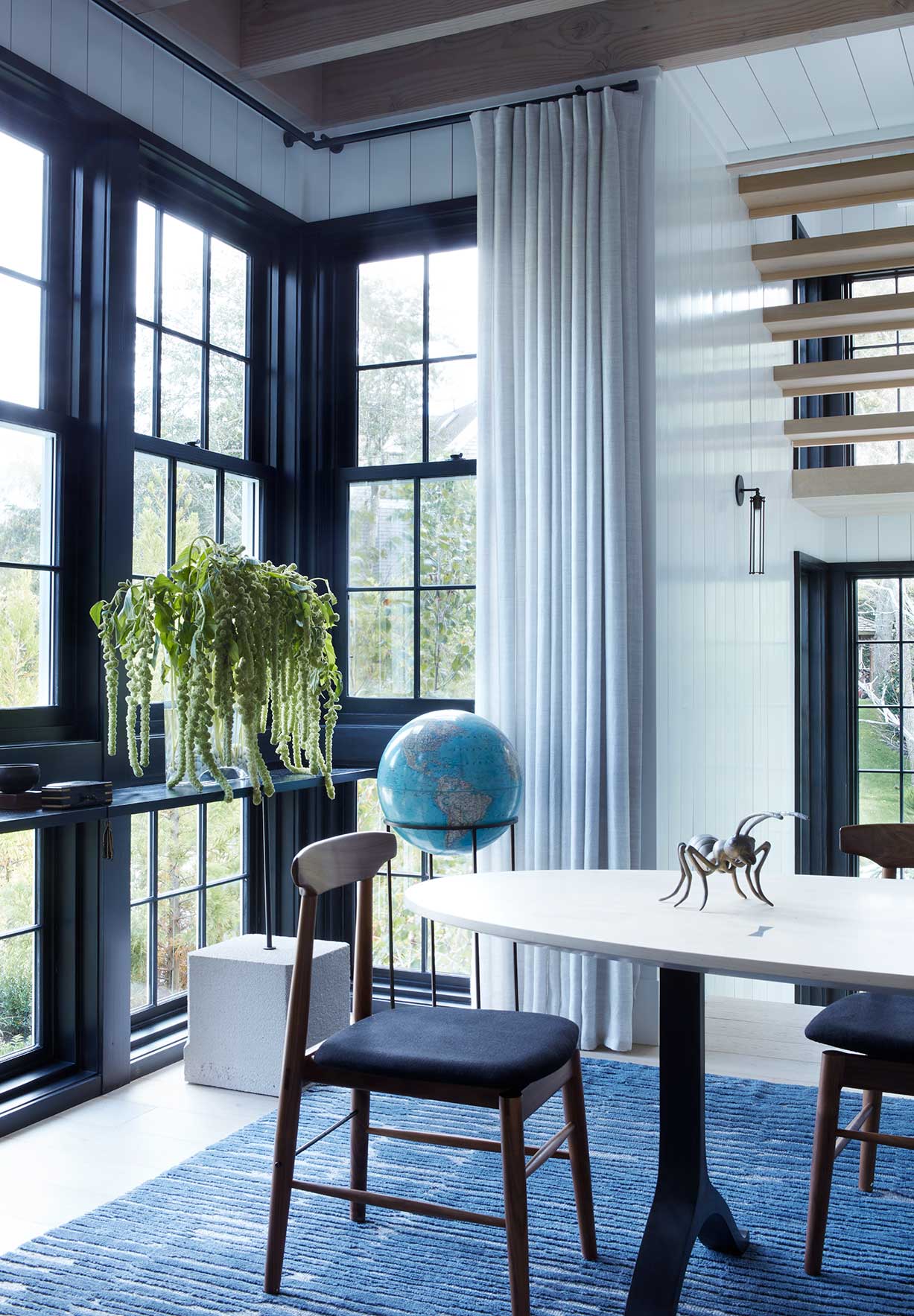