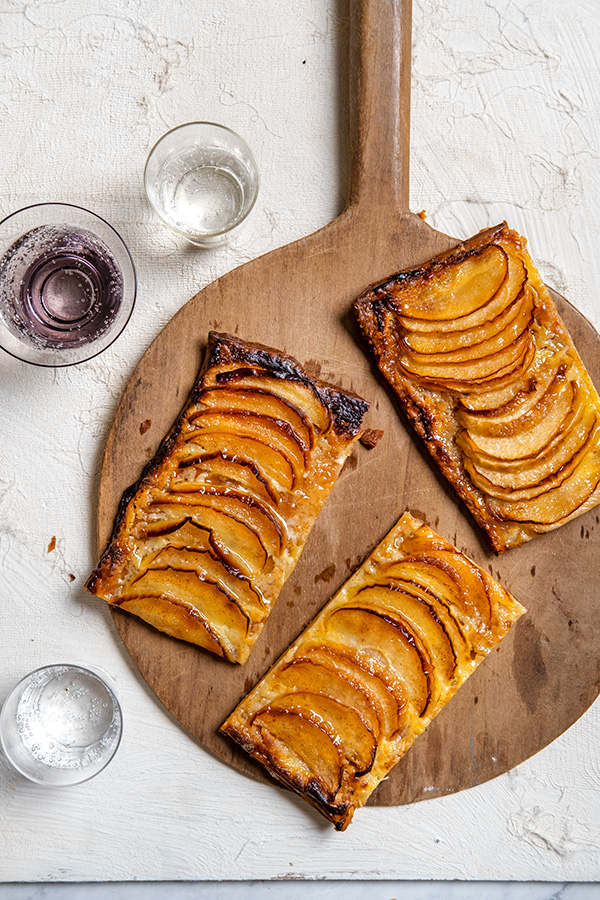 By adminNovember 7, 2022No Comments

This is a classic French apple tart, made with an abundance of apples set into pastry cream and sprinkled with cinnamon sugar.

The Pain d’Avignon Baking Book: A War, an Unlikely Bakery, and a Master Class in Bread,

In the 30 years since a group of childhood friends from Belgrade co-founded a bread bakery in Hyannis, Pain d’Avignon has become a symbol of quality. If a café stocks its pastry case with Pain d’Avignon scones and cookies or serves sandwiches on slices of the bakery’s classic sourdough, it tells astute eaters that it cares about freshness and flavor.

Pain d’Avignon might have started small but is now a wholesale giant, with its artisanal bagels, breads, croissants, and pastries shipped daily to farmer’s markets, cafés, restaurants, hotels, and large grocery chains throughout the Northeast. But that’s not all: they also operate a popular café in Hyannis serving breakfast and gourmet lunch; at night, it transitions into a fine French restaurant for dinner.

It’s alluring to learn that the iconic Cape Cod company is actually an American dream realized by happenstance at somebody’s mother’s summer house. This improbable backstory stars an interlocking network of Eastern European immigrants who were virtually responsible for the rise of artisan bread in the United States. Co-founder Uliks Fehmiu shares this compelling history in The Pain d’Avignon Baking Book: A War, an Unlikely Bakery, and a Master Class in Bread, co-written with Kathleen Hackett and published by Penguin Random House.

Prefacing the book’s 60 recipes is the Pain d’Avignon story, which unfolds in three “acts” set in Europe, Cape Cod, and New York City. Interestingly, Fehmiu was a theatre actor in Belgrade trying to avoid being drafted into the conflict that would become the Yugoslav Wars when he originally invested in Pain d’Avignon. He and his friends, co-founders Branislav Stamenkovic, Vojin Vujosevic, and Igor Ivanovic, began a new life by opening a tiny bakery on Cape Cod, living in a loft above the business and working round-the-clock hours.

Fehmiu’s page-turning recollections, along with evocative color illustrations, introduce characters like Pain d’Avignon’s “imperious” original baker, Hamdo, a Bosnian Muslim who trains the opening team in bread-baking basics “entirely by look and feel.” It elucidates how Cambridge company Iggy’s Bread of the World raised the bar for artisan bread on the East Coast, and how Fehmiu himself ended up becoming an expert. Despite the formulas, repetition, and consistency required of baking—especially on the level of growth-minded Pain d’Avignon—the former actor sees art in the pursuit and lays it all out for readers.

“We set out to tell the story of the trials and successes that have led us to where we are today and show firsthand how a keen sense of imagination will keep humanity moving forward,” Fehmiu says in a statement. “It paints a picture of creativity and imagination and how baking feeds those whimsies.”

And there’s plenty of whimsy to go around. The book features dozens of Pain d’Avignon’s signature breads, viennoiseries, sandwiches, and more. 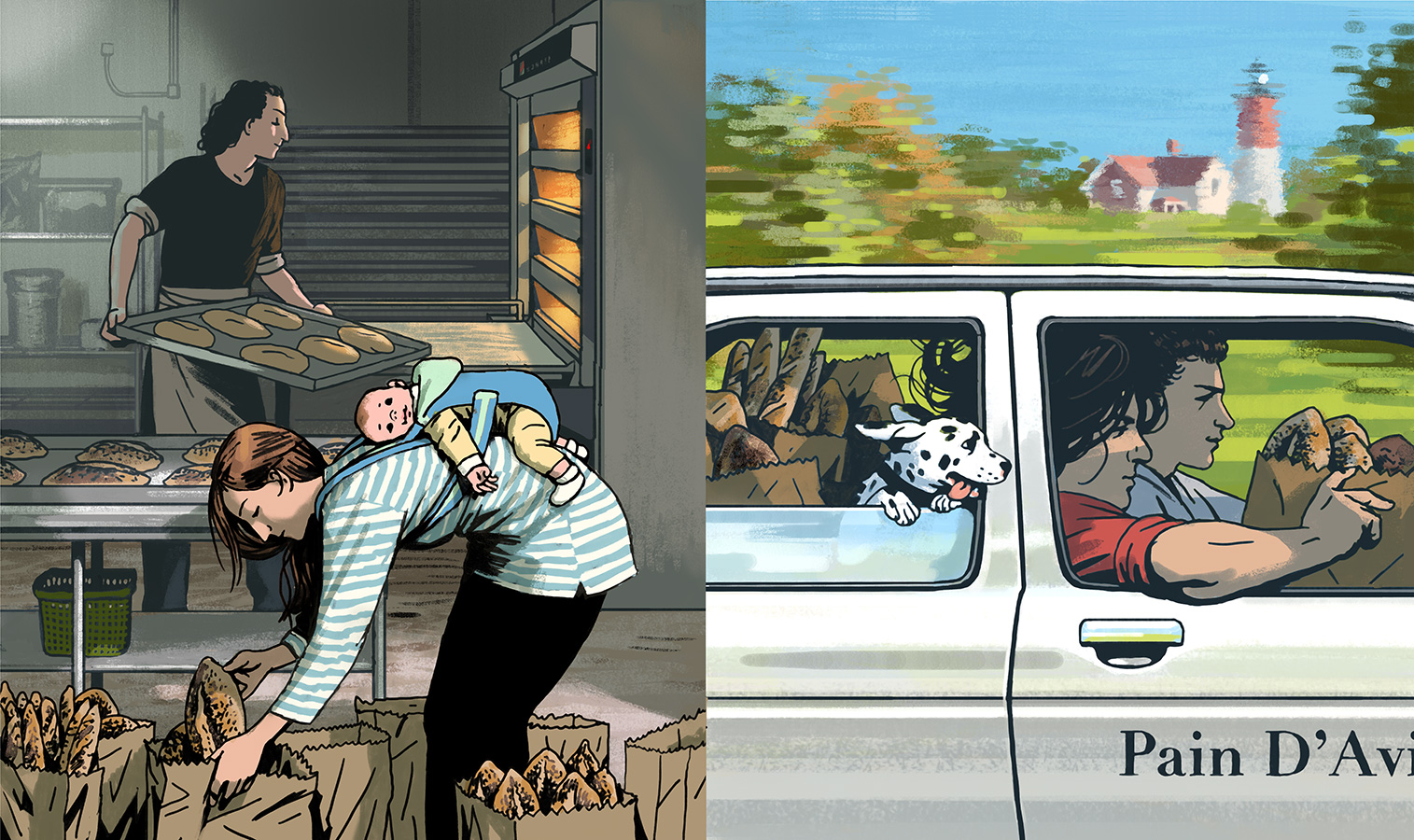 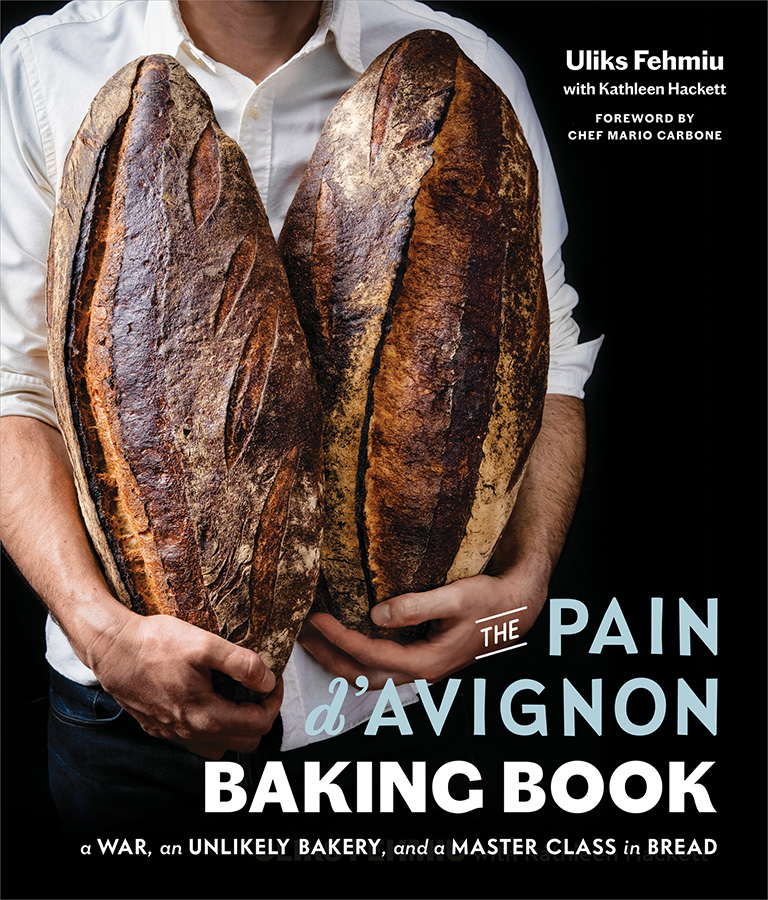 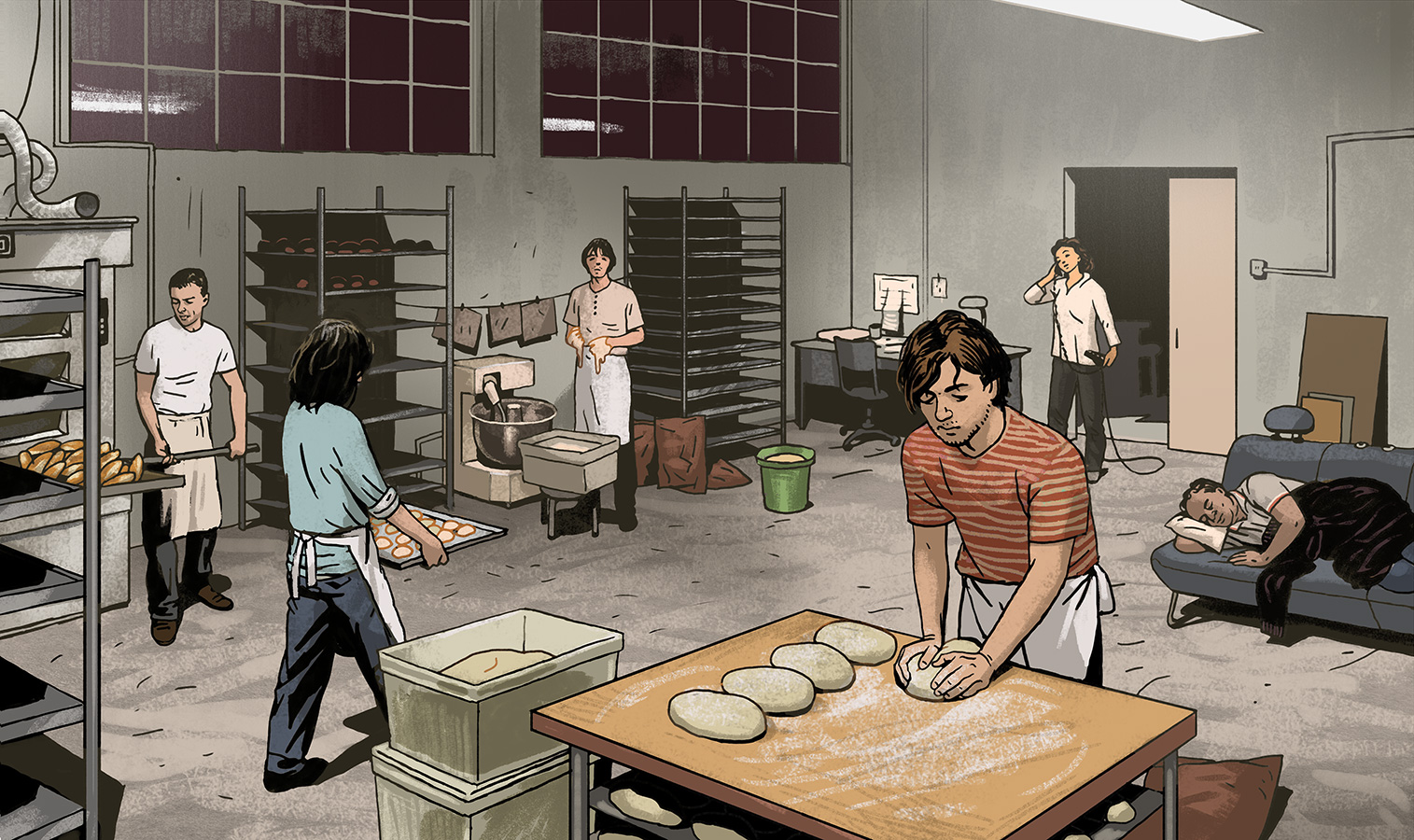 FOR THE PASTRY CREAM:

2 large egg yolks (reserve whites for another use)

4 medium or 2 to 3 large Honeycrisp apples (Jonathans, Jonagolds, Granny Smith, and Braeburn are nice, too)

MAKE THE PASTRY CREAM: In a saucepan, combine the milk, sugar, egg yolks, butter, cornstarch, and salt and bring to a boil over medium heat, whisking constantly. Continue boiling until the mixture reaches the consistency of pudding, about 1 minute (taste to be sure the “starchiness” of the cornstarch has been cooked out). Remove from the heat and spread the pastry cream onto the plastic wrap (it will stop cooking and cool faster). Press a second piece of plastic wrap directly onto the pastry cream to prevent a skin from forming. Let cool. The pastry cream will keep, with a piece of plastic wrap pressed onto its surface, in a tightly covered container for up to 5 days.

Position a rack in the center of the oven and preheat to 400°F. Line a half-sheet pan or rimmed baking sheet with parchment paper. Have a second sheet pan ready.

BAKE THE PASTRY: Place the 12 × 18-inch sheet of puff pastry dough on the lined sheet pan. Using a sharp knife, trim the dough as necessary to fit the pan. With a fork, pierce the dough all over. Place a piece of parchment paper over the dough and set the second baking sheet directly on top of it and bake until golden brown, 20 to 30 minutes, rotating the pan front to back halfway through. Transfer the pan to a wire rack, remove the top sheet pan, and let the pastry cool to room temperature (you don’t want the pastry cream to “melt” as you brush it on the pastry). Leave the oven on and raise the heat to 425°F.

ASSEMBLE THE TART: Core and halve the apples, leaving the peel
on them. Using a sharp knife or a mandoline, cut the apples into slices 1⁄8-inch thick.

Spread the pastry cream evenly across the entire sheet of cooled puff pastry. Arrange the apple slices in rows, shingle-style, over the cream, working from left to right along the length of the dough. Overlap the rows by about 1⁄8 inch; the apples shrink during baking and this overlap will prevent gaps between the rows.

In a small bowl, combine the sugar and cinnamon. Brush the apples evenly with the melted butter, then sprinkle the cinnamon sugar over them.

BAKE: Bake until the tart is golden brown and a fork slides easily into the apples, 25 to 30 minutes, rotating the pan front to back halfway through.

COOL: Transfer the tart to a wire rack to cool, then cut into squares and serve warm. To reheat, warm in a preheated 425°F oven for 10 minutes.