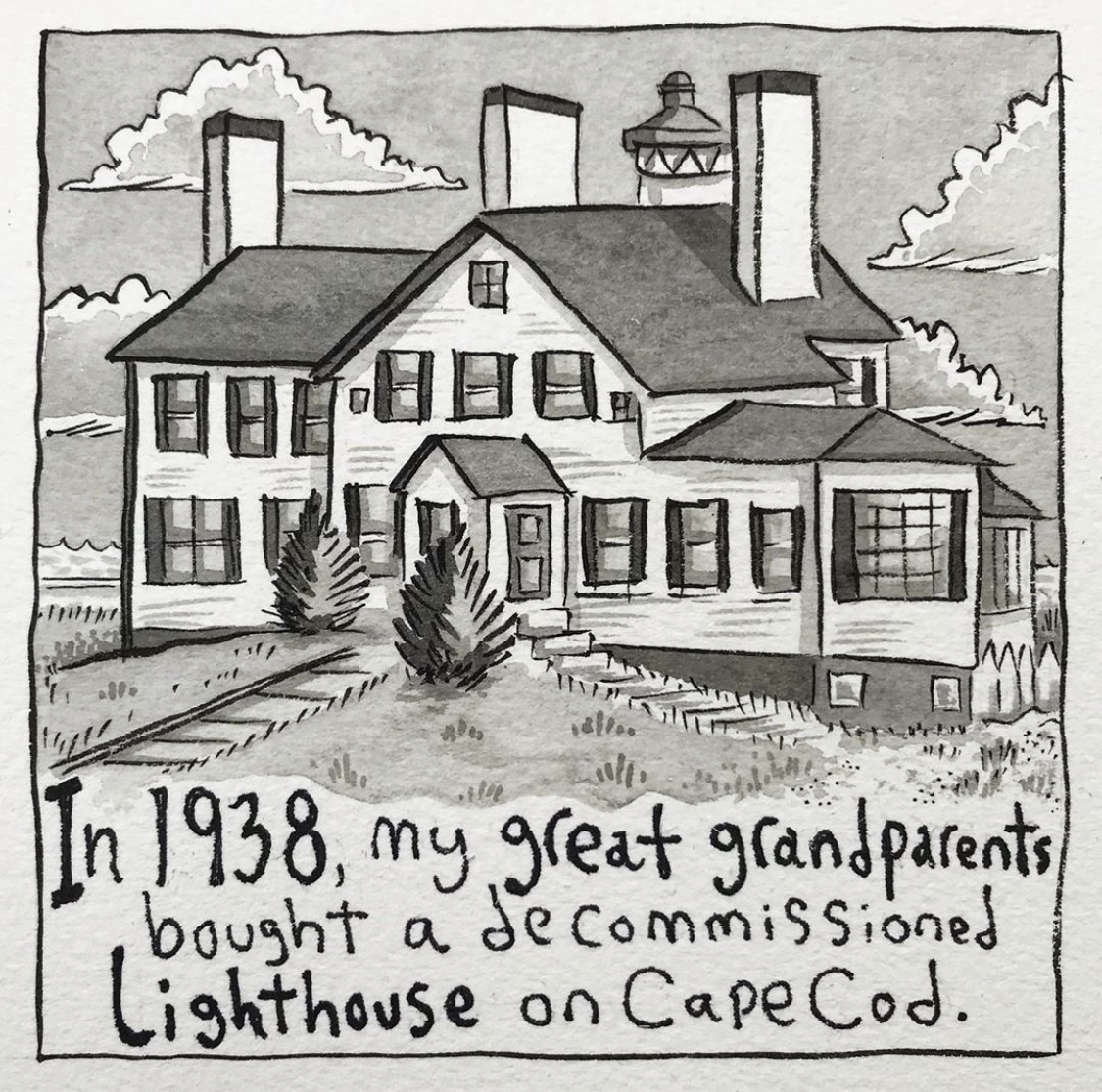 An Artist’s Summer Memories at the Lighthouse Inn

Jeremy Gaines’s family has a long history in the hospitality industry. His great grandparents owned and managed the Lighthouse Inn in West Dennis, and they passed it on to his grandparents, who met while his grandmother was working as a waitress at the inn’s restaurant. “The story I heard was that my grandfather’s family got so many resumes that summer, and they didn’t know how to choose, so they threw them down the stairwell,” he says. They picked the three resumes that went the furthest, and fortunately, his grandmother’s resume was one of them.

Gaines currently lives in Brooklyn, New York, where he works in the service industry and as a multimedia artist. His most recent artwork is an autobiographical comic strip about the early days of the Lighthouse Inn—with $2.50 hotel rooms and repeat customers who returned for the same week every summer. “My first jobs were at the Lighthouse Inn,” he says. “That’s how I got into this world, so when I started this comic strip, I knew I had to start it there.” 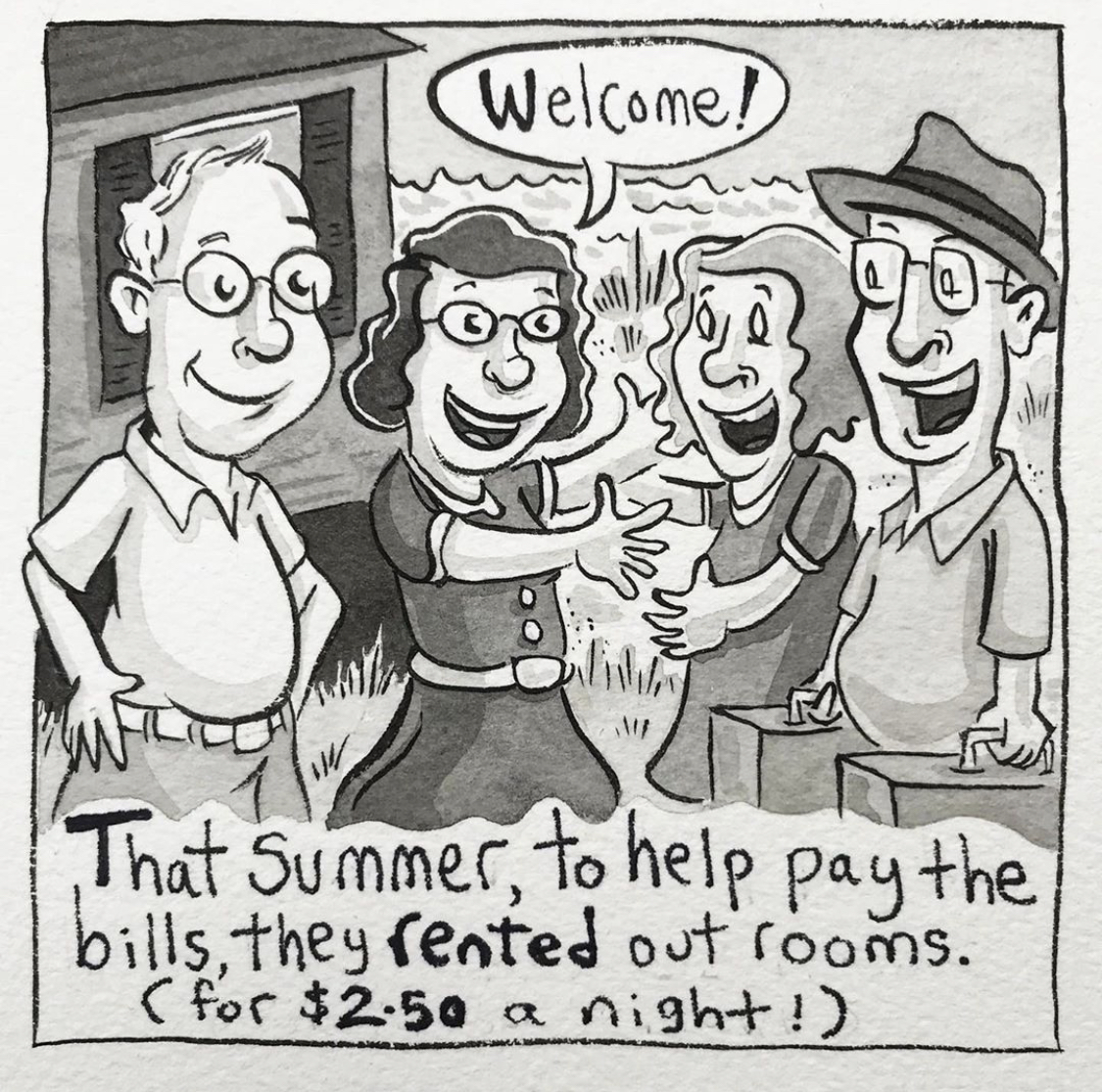 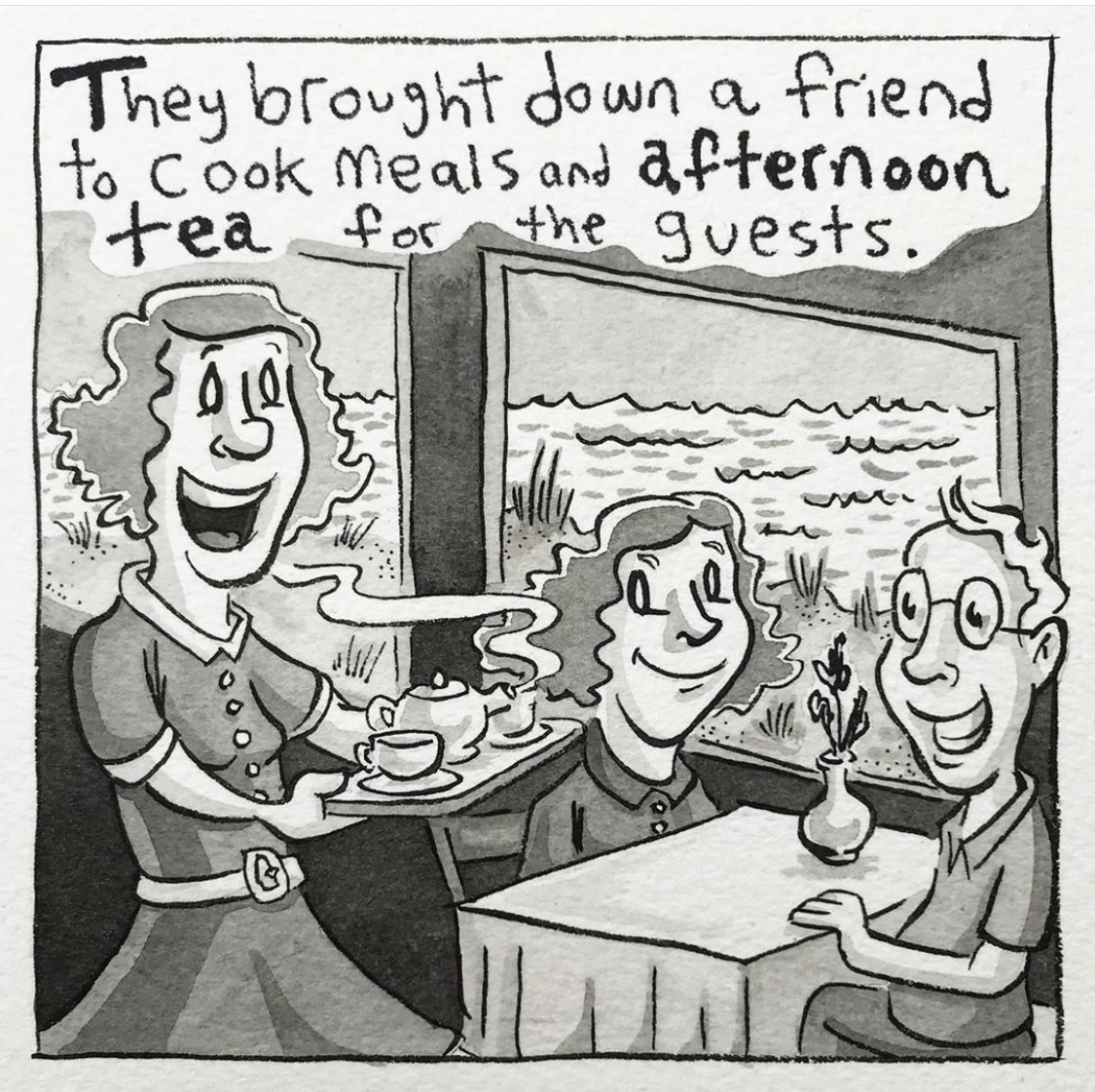 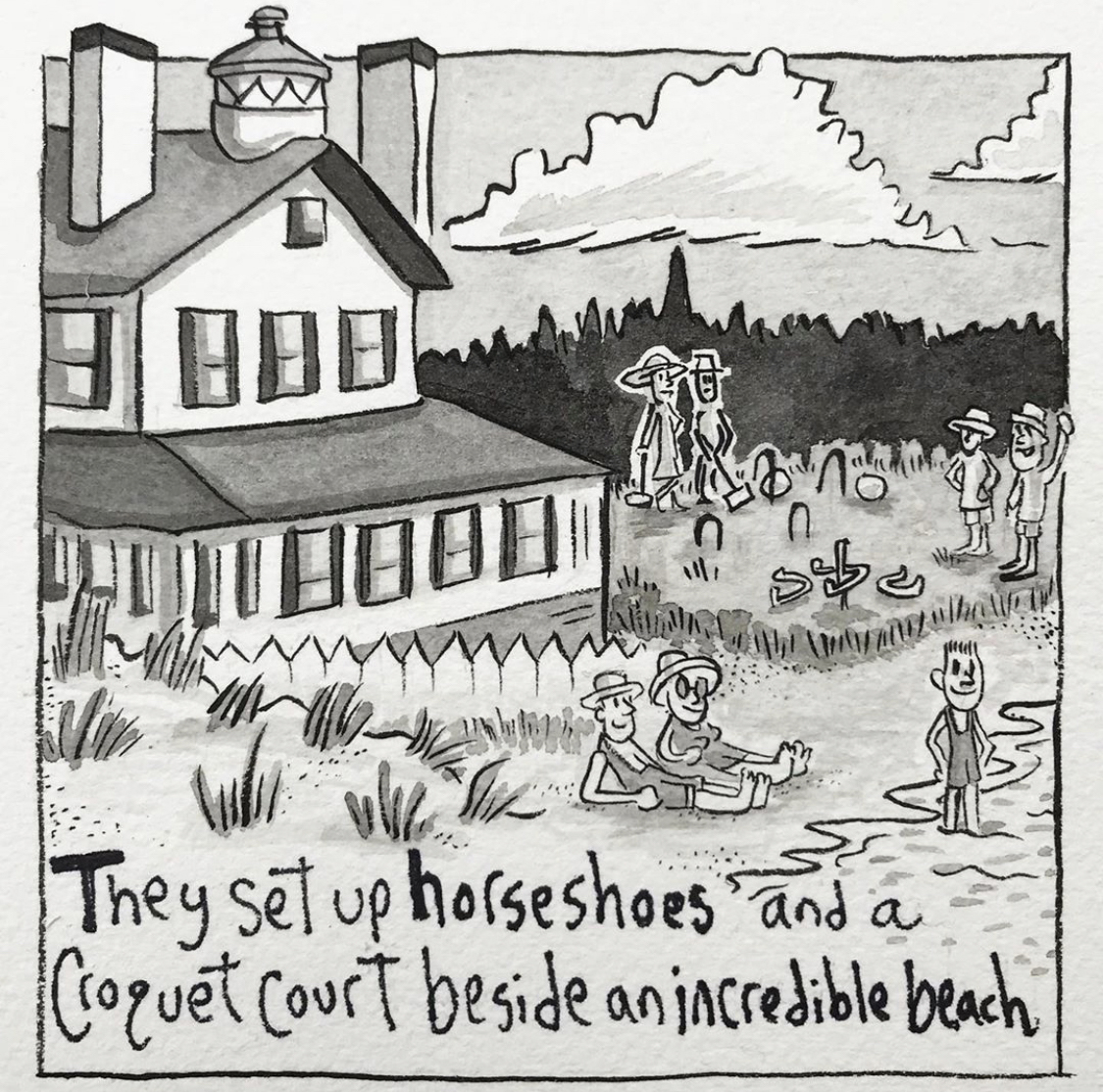 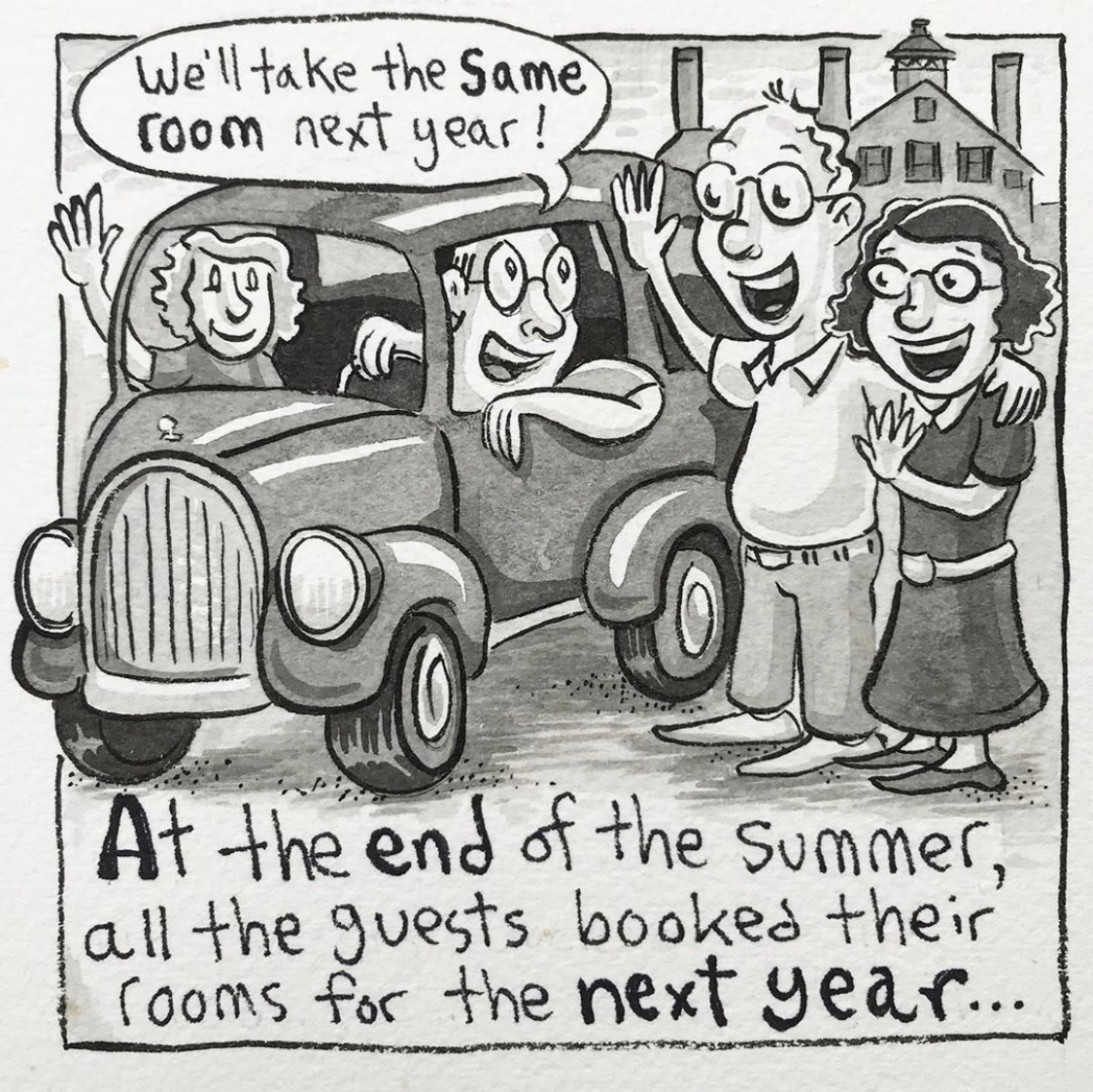 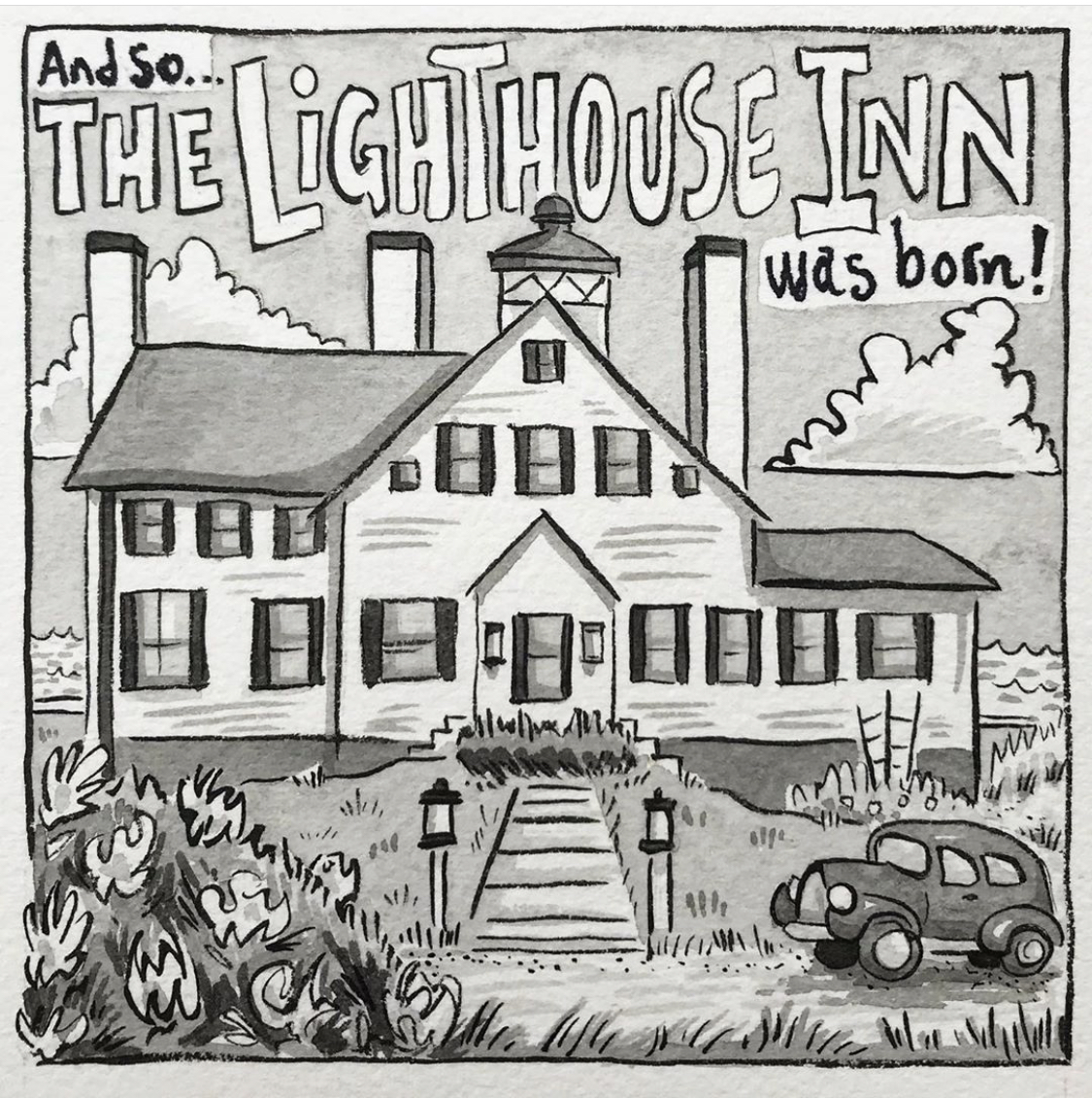 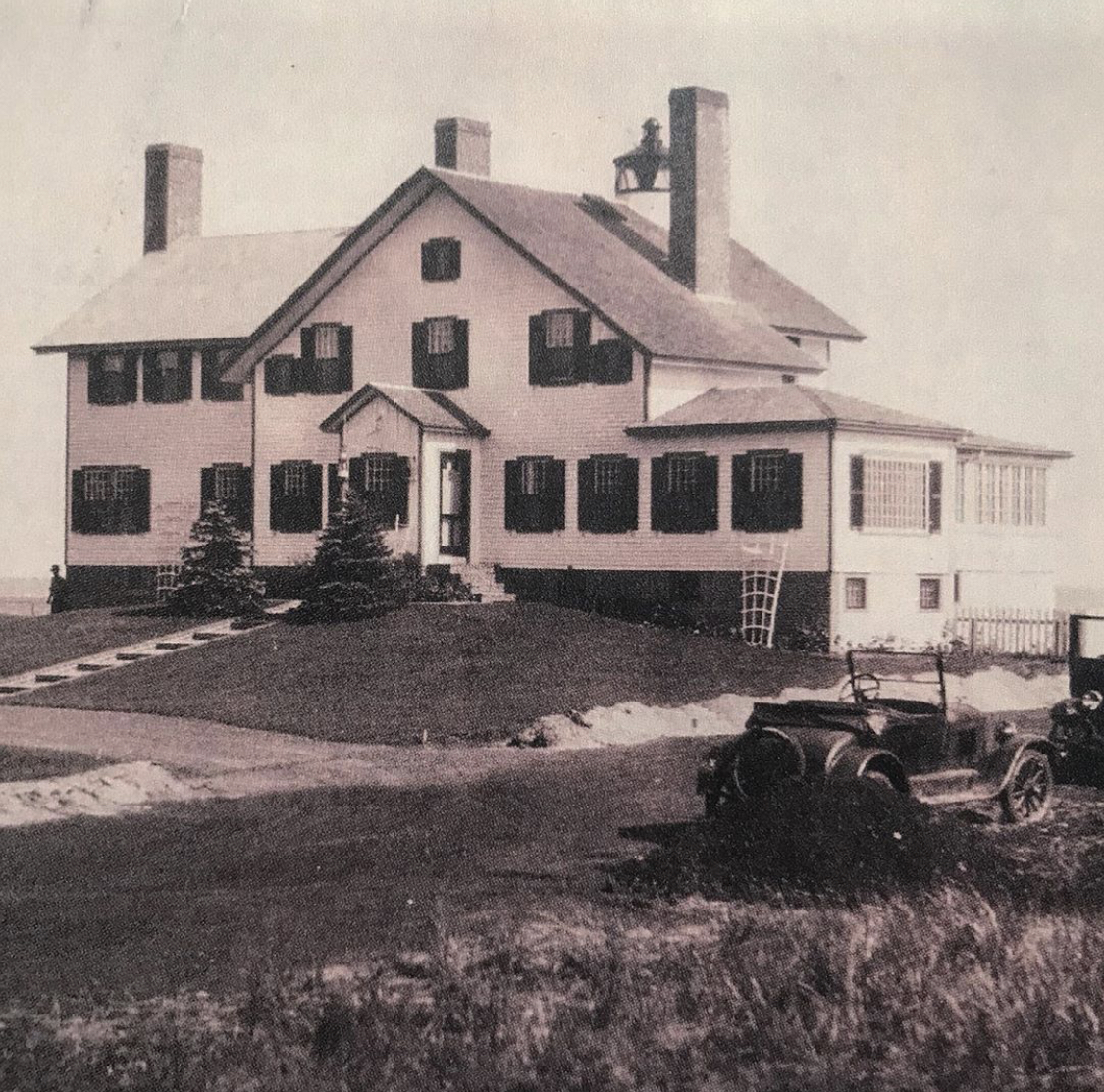